People who admit that they’ve seen a ghost don’t garner the same skepticism, downright disbelief or even ridicule as do those who claim sightings of UFOs, aliens or cryptids. Interviews with experiencers and paranormal investigations of haunted houses have become staples of cable television and big business. That doesn’t mean everyone believes in ghosts. In fact, the medical profession is so down on the idea, it has recently invented a ‘syndrome’ to explain -- “Haunted People Syndrome.” A new study and a newly published book both deal with the alleged malady suffered by those who see ghosts. Let’s find out which is real – ghosts or “Haunted People Syndrome.”

In a study published in Spirituality in Clinical Practice, co-authors and psychologists Brian Laythe and Jim Houran state right up front that their five years of research focused on the idea that people who regularly see ghosts are in a “diseased state” or in some sort of distress which leaves them vulnerable to paranormal beliefs or being influenced by others with beliefs in ghosts – the contagion effect. That link between disease and ghosts is evident in their interview with Forbes.

“Just like symptoms of the flu, the severity of the diagnosis is a function of the degree and rarity of symptoms and their length.”

Will we be getting paranormal vaccines in the future? That may not be as farfetched as it sounds. Laythe and Houran lay out the four basic premises that add up to a diagnosis of Haunted Person Syndrome:

The premises are interesting and worth consideration, although the list seems a bit out of order. #3 should be at the top – stress and/or the unease of an illness can make one susceptible to the power of suggestion. A good example is hypochondria – the classic description of a hypochondriac is someone who sees a disease on TV or hears about one in conversation and immediately believes they have it, then imagining and even mimicking the symptoms without the bacterial or viral cause. A person under stress is more open to the power of suggestion – think about the stress caused by being in a dark, cold house as something which makes a person open to seeing, hearing and misinterpreting things that would not affect them in daylight.

#2 should be next – paranormal experiences are much stronger and more influential the closer they are to the start of the stress or illness. #1 links openness to the power of suggestion – the person who already believes in the paranormal is more likely to have haunting experiences than those without such a background. This may be why many studies show that those with strong religious beliefs have paranormal experiences more often than those with casual or no religious beliefs. #4 – the contagion effect – is often seen when a child at a school claims to see a ghost and the stress that causes results in most or all of the students sharing a mass paranormal panic.

"There are many psychosocial and clinical facets to ghostly perceptions, so we take these anomalous experiences seriously but not necessarily at face value."

In an interview with Therapy Tips, Laythe explains to both mental health professionals and friends of people who claim to have ghost encounters that they definitely perceived something, but not necessarily what they think and say they perceived. He believes the “Haunted People Syndrome” comes from transliminality – the thin boundary between the conscious self, the  unconscious self and outside environment. A person who sees ghosts would then have a high level of transliminality, which is also related to creativity, imagination, fantasy traits and disassociation. It's important for both professionals and friends to let the person know that these experiences are not uncommon. 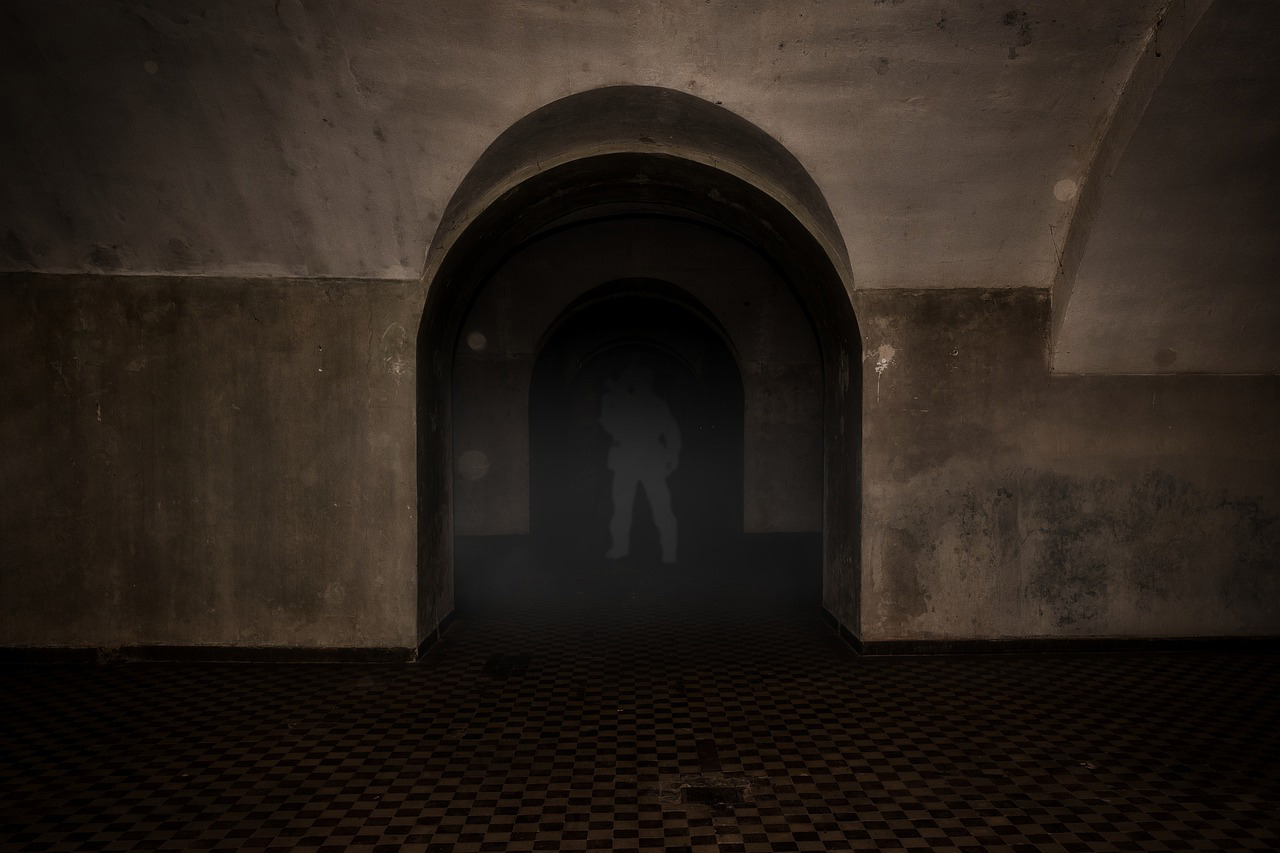 “One of the more interesting findings that we have come across is that the core experiences associated with a haunting have also been found in accounts of imaginary friends and gang stalking. The core phenomena experienced stay the same, but the interpretation of these events (as either haunting, spooky imaginary friends, or a gang stalking account) is a function of the person's worldview and belief system.”

Imaginary friends are common and one of those things most children “grow out of,” but Laythe sees them as a sign of high transliminality which could become active in adulthood in times of stress or illness. If a person has accepted the existence of imaginary friends and been exposed to paranormal topics and beliefs, their willingness to accept an unexplainable ‘ghost’ response to stress is much higher.

If you see dead people, you’re not dead (like in the movie “The Sixth Sense”) nor are you crazy – Laythe says it’s extremely rare for a person to have only one paranormal experience. And the anomalies that trigger the ‘ghost’ perception are both subjective (like a feeling that you’re being watched) and objective (an unexplained sound or an object moving for no apparent reason). As we’ve seen with security camera footage, what one person sees to be a ghost appears to another as a moth – it depends on their “transliminality.”

“For our part, we hope to start exploring transliminality in the context of religious and ritual practitioners, who regularly and purposely invoke these types of phenomena. We strongly suspect these groups have developed significant mental processes and methods for facilitating their transliminality towards spiritual/experiential goals. Further, we hope to test and further confirm the HP-S model, both in case studies, as well as collaborating with clinical psychologists to address how to include and incorporate haunting and religious experiences into meaningful and beneficial therapeutic experiences.”

Laythe and his co-authors on both the study and the book, “Ghosted!: Exploring the Haunting Reality of Paranormal Encounters,” emphasize that they want to lead the study of ghost experiences as a scientific rather than a paranormal activity. This is no doubt disappointing to true believers, especially since it is based on the ideas that ghost experiencers have an illness or undue stress, have strong religious beliefs, have been influenced by others with paranormal beliefs, and could be said to have psychological issues that manifest as ghost encounters. For many, it’s easier to deal with a strange experience as a visit from a spirit, benevolent or demonic.

"Haunted People Syndrome" should be seen as another tool in the toolbox of paranormal investigators, medical professionals, even exorcists. It doesn’t rule out ghosts … it just gives a realistic scientific explanation that some might find more acceptable than the alternative.