Most scientists and even the most optimistic Jurassic Park fans will agree that we’re still a long way off from de-extincting a dinosaur from the Jurassic Age – or any other age for that matter – because archeologists have found no adequate samples of DNA to clone or sequence. However, that’s not the case if you lower the bar to the Holocene epoch. Yes, that’s our current age, but we’ve lost plenty of ancient mammals due to our voracious fat-loving appetites and propensity to hunt without keeping a tally on what’s left of the hunted. Moreover, many larger animals of that era lived in far northern regions such as Siberia where their carcasses were flash-frozen in the permafrost to protect their flesh, blood and even internal organs – only to be exposed and thawed as climate change changes the permafrost to temporary frost. While there has been talk of a Siberian Mammoth, Rhino and Wolf Park due to the large number of fully intact frozen carcasses of those species found there, no one has considered it for the great white north of North America … until now.

“On June 21, 2022, a near complete, mummified baby woolly mammoth was found in the Klondike gold fields within Trʼondëk Hwëchʼin Traditional Territory.”

The government of Yukon Territory announced the discovery of a mummified ice age baby woolly mammoth (Mammuthus primigenius) in the permafrost of the Klondike gold fields in the Eureka Creek area south of Dawson City in far northwestern Canada. According to the Yukon government press release, the baby woolly mammoth was excavated by gold miners on both the first day of summer and Indigenous Peoples’ Day. Following the proper procedures for such discoveries, the miners notified the Government of Yukon’s Department of Environment, the Yukon Geological Survey, the Yukon Palaeontology Program and the The Trʼondëk Hwëchʼin – the First Nation band government located in the Yukon Territory that was formerly the Dawson Indian Band.

"As an ice age palaeontologist, it has been one of my lifelong dreams to come face to face with a real woolly mammoth. That dream came true today."

Dr Grant Zazula, a paleontologist for the Yukon Territory, was one of the experts brought in immediately to remove the carcass before any damage occurred. It had been found by a miner digging up muck with a front end loader. His boss, Treadstone Mining's Brian McCaughan, stopped the operation immediately, knowing this was something special. (Photos can be viewed here.)

“There will be one thing that stands out in a person’s entire life and I can guarantee you this is my one thing.”

When he arrived, Dr. Zazula agreed with McCaughan, calling it the “most important discovery in paleontology in North America." Trʼondëk Hwëchʼin Elders who arrived at the site named the mammoth calf Nun cho ga, meaning “big baby animal” in the Hän language. It was quickly verified to be a “big baby” – the paleontologists quickly determined that it was a female that died when she was one month old and measuring about 4.6 feet long, while the geologists put the time period of her death at around 30,000 years ago. While the Eureka Creek area is best know for being in the heart of the Klondike Gold Rush – the massive mining boom that lasted from 1896 to 1899 and brought 100,000 prospectors to this gold-rich land straddling the border between Canada and Alaska – the area is also known for an abundance of frozen mummified remains of ice age animals. However, Nun cho ga is the first near complete and best-preserved mummified woolly mammoth found in North America. Prior to this, the best was a partial mammoth calf, named Effie, which was discovered in 1948 at a gold mine in the middle of Alaska.

“Nun cho ga is beautiful and one of the most incredible mummified ice age animals ever discovered in the world. I am excited to get to know her more.”

Dr. Zazula told The Mirror he had a hard time finding geologists to go with him to the site because of the Indigenous Peoples’ Day holiday, but he managed to locate two who helped to get the remains removed and stored just in time – within an hour after they had finished the excavation and packing, they were hit by a downpour and Zazula said Nun cho ga “would have been lost in the storm." They sent the remains to Tyler Murchie, an archaeologist specializing in ancient DNA at McMaster University, who told Gizmodo he thought there “may be cool stuff inside.” But first, his team examined the outside of Nun cho ga because it’s so unusual for woolly mammoth remains to be found still woolly and intact. As Zazula described it:

"She has a trunk. She has a tail. She has tiny little ears. She has the little prehensile end of the trunk where she could use it to grab grass."

Looking inside, Murchie’s team analyzed Nun cho ga’s DNA and determined it shared the ancient Yukan area with wild horses, cave lions and giant steppe bison during a time of transition between the Pleistocene and Holocene epochs – a time when those creatures plus the saber-toothed cats, mastodons and woolly mammoths went extinct.

“This is as a remarkable recovery for our First Nation, and we look forward to collaborating with the Yukon government on the next steps in the process for moving forward with these remains in a way that honours our traditions, culture, and laws. We are thankful for the Elders who have been guiding us so far and the name they provided. We are committed to respectfully handling Nun cho ga as she has chosen now to reveal herself to all of us.” 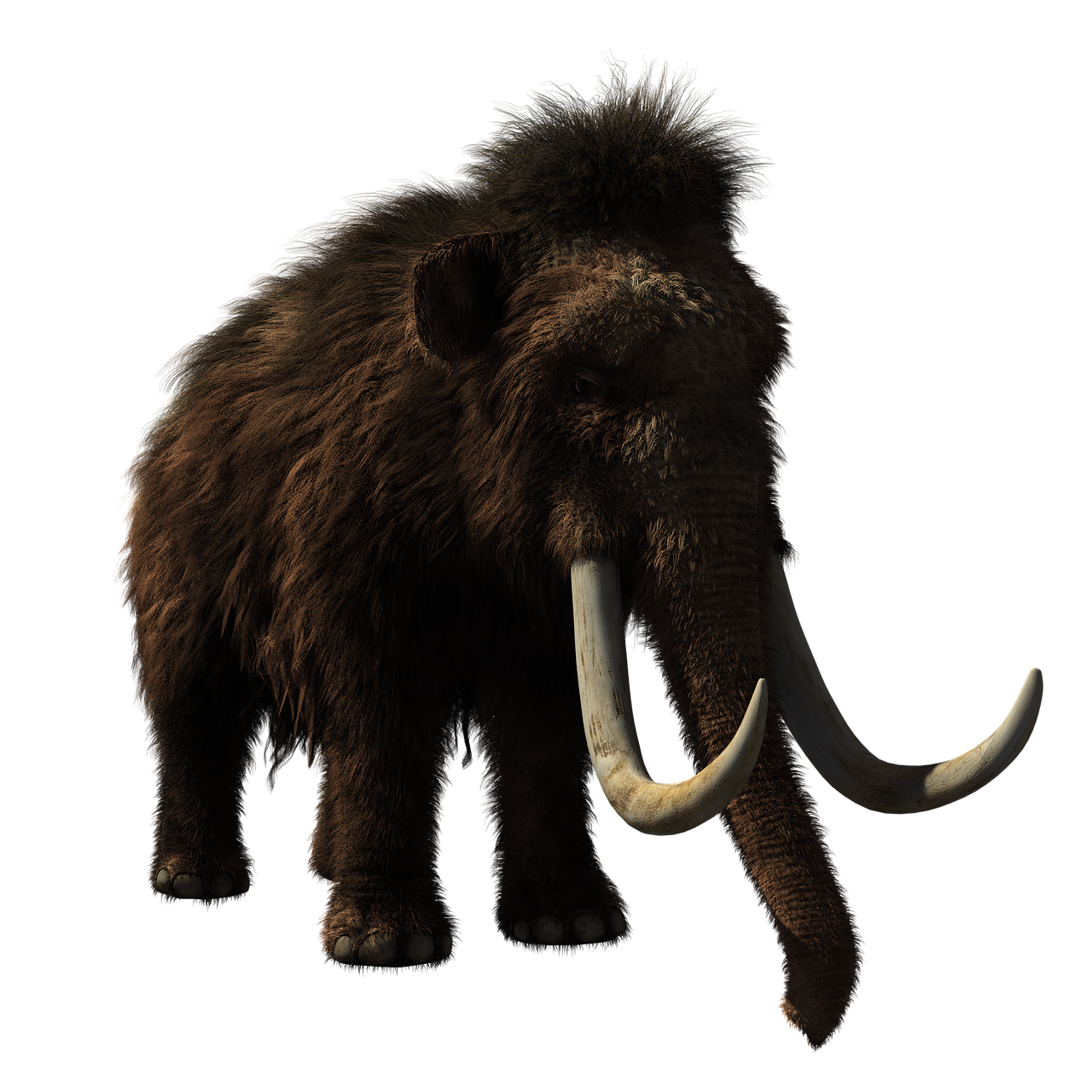 This is where science and tradition collide in the second life of Nun cho gam, the big baby woolly mammoth. Tr'ondëk Hwëch'in Chief Roberta Joseph recognizes the special place this creature has in the culture of her people and wants to make sure it doesn’t suffer the same fate as so much of the past of the Indigenous Peoples on whose ‘day’ she was discovered. On the other hand, this is the most complete and best-preserved mummified woolly mammoth ever found in North America. It can go a long way in filling in the biological history of the last ice age in far North America. It can also provide the DNA samples to one day bring back the woolly mammoth for a modern culture who feels guilty about most likely causing its extinction … not to mention for greedy entrepreneurs who see the massive profits a Woolly Mammoths of the Yukon Park could generate.

Who will win? Probably not Nun cho gam. In these cases, just like in so many other areas, the  winner will most likely be the profiteers.