While scientists and mental health professionals push to convince us that many ghost sightings actually occur in that space between our ears, a group of truckers in Argentina beg to differ … they’re convinced ghosts are real and have a video of one hanging on the back of a semi that they claim proves it. Are truckers the exception to the “Haunted People Syndrome” being pushed by science? These and other truckers with tales of ghosts on the road may prove otherwise.

“Early on Saturday morning, 03:45 am, on Route 34, a group of four truck drivers were calmly traveling through the sector when one of them, the one who circulated first, spotted a woman who was standing on the side of the road. He continued his journey as normal, but looked back at 100 meters just out of curiosity, to realize that she… She had disappeared.” (Google translation)

Thus begins the tale of a convoy of truckers from Jesús María who were traveling through the Totoras area of the Province of Santa Fe in northeastern Argentina. As told to Laradiodetotoral.com, the truck drivers and their passengers were traveling on Route 34 in the middle of the night on June 13 when one of them named Jorge believed he saw a woman where one wouldn’t expect to see a woman at 3:45 am – on the side of the road. Possibly feeling a pang of guilt along with curiosity, he looked back and saw she was gone. Or was she ever there? He apparently believed there was because he claimed to feel that something "came on him" as he passed her by. That driver radioed back that he saw nothing unusual on the shoulder of the highway. Still having that “feeling,” the first trucker asked the second to catch up and look at the back of his truck. When he did, he and his passenger saw more than a “How’s my driving?” sign:

“The woman was hanging from the back of the vehicle. "He did not show his face," says one of them.”

“When we cross the train tracks, the girl jumps and doesn’t see her anymore. There the video cuts off. He must have been more scared than me.” (Google translation) 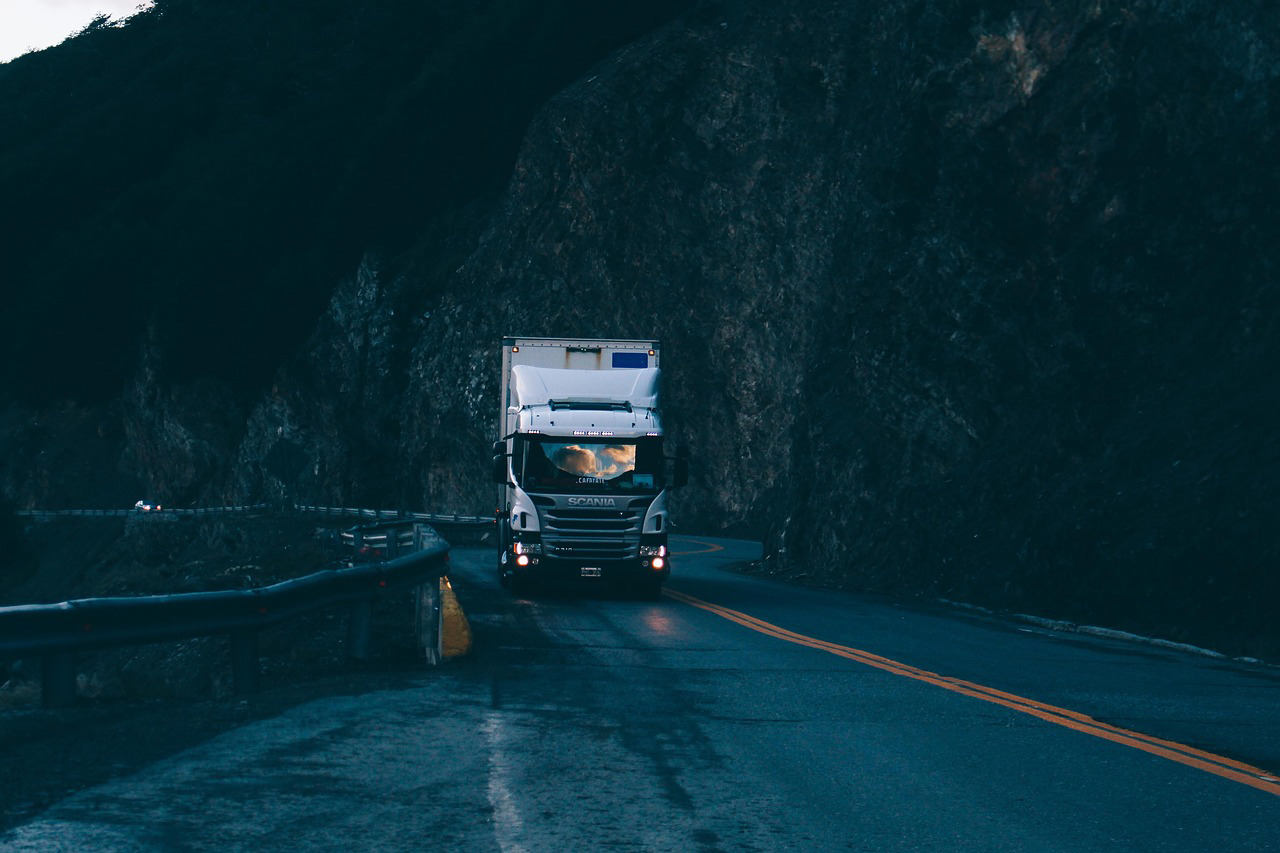 Zyri.net reports that Jorge continued telling the story to Canal Coop, along with providing them with a dash camera video taken of the incident from the trailing vehicle. He claims the semis were at “ the roundabout of routes 34 and 91” where they had to apply their brakes and that’s where the woman or ghost "got away" and completely disappeared. Unfortunately, the video does not show the woman jumping from the trailer, but he swears that’s what happened and is terrified that he and his truck were visiting by a ghost or ghostly apparition. Proving the drivers and their passengers were spooked by what happened, they were scheduled to stop and sleep in Tortora but decided to get far away from the site – not stopping until they had driven another 100 km (62 miles) to the town of Armstrong.

Comments on the video (watch it here) range from belief in the ghost story to speculation that it was a real woman who somehow hitched a ride on a fast-moving semi in the middle of the night, managed to survive the ride and the subsequent jump off and disappear without a trace when caught in the headlights of the truck behind it. Tough choice? Haunted people syndrome? Not for Jorge.

“I didn't believe in these things until it happened to me."

When it comes to haunted highways and ghosts on the roads, there are no better witnesses and tellers of the tales than long haul truckers. In late 2021, Truckers News proved just that when it asked its readers for their best highway ghost stories. Here are a few of the best ones – with the names of the roads in case you want to check them out yourself … or avoid them at all costs.

One trucker remembered driving five nights a week from Reno to Vegas to Reno. While passing through Goldfield, Nevada, he “swore” that on seven out of ten trips in a year-and—a-half stretch he would see “figures watching me drive by from different windows of the long ago closed Goldfield Hotel” – a hotel he later found was haunted.

Another trucker remembers losing his best friend in a motorcycle accident on Route 54 in Missouri near the Lake of the Ozarks. About a week later, he was driving north on the same road in the same area during “terrible ice and snow” conditions when “all of a sudden I heard and smelled a big fart. I looked over and saw my buddy over there in passenger seat giggling.” They must have been true friends – he said that apparition comforted him for the rest of the trip.

Seeing people who disappear is a recurring theme in these stories. One trucker who regularly drove “a curvy piece of US395 in west California around Walker/Devils Gate area” claims he would see, usually in bad weather, “a young lady with a small child” walking on the windblown shoulder. Three times he saw this, three times he got out to help, and three times he was unable to find the woman and child or any footprints or other evidence of the sighting. 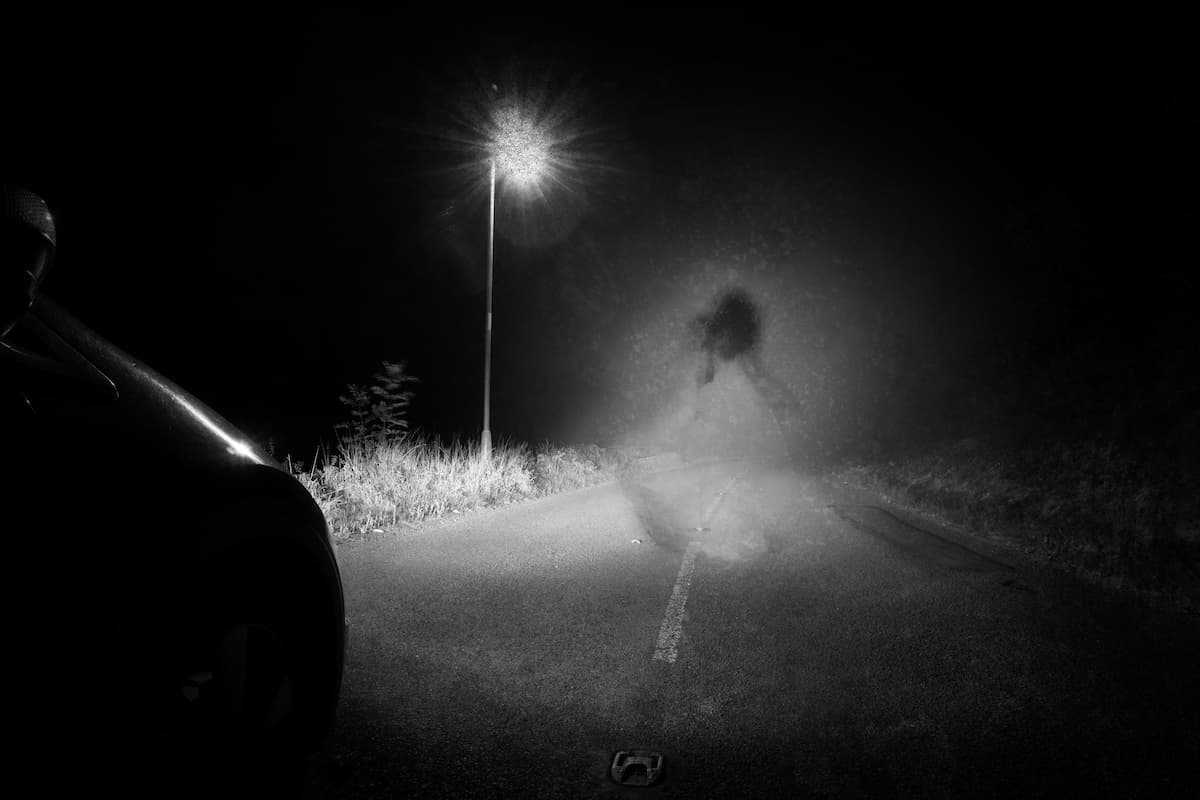 Could the woman and child have been victims of an accident returning to haunt the road and possibly the driver? That’s another frequent reason for road ghosts like the one on Highway 5 north of Jasper, Alabama, that truckers claim his haunted by a dead teenage girl who walks the highway looking for the trucker who killed her years ago. Is it any wonder why Jorge and his friends in Argentia may have hesitated to stop to check out their apparition?

Another popular theme is the reverse of truckers seeing ghosts – people seeing ghost truckers. A great story came from a woman whose car broke down in Interstate 4 in Florida. Fortunately, a trucker stopped to see if she needed help (after first checking to make sure SHE wasn’t a ghost?) and gave her a ride to the next gas station. After thanking him for the lift and exiting the truck, she says she turned to wave and … you guessed it, the truck had vanished.

What do you think of these and Jorge’s trucker ghost stories? All drivers know that lights can play tricks on tired eyes during long trips. And the stress endured by long haul truckers fits with the Haunted Person Syndrome theory that it leaves them susceptible to imagined apparitions, especially if they believe in ghosts. But … can it explain all of these sightings?

Keep your eyes on the road and pull over if you’re tired … someplace other than on the haunted roads these truckers warned about.