The expression and popular piece of advice, "When one door closes, another opens," is attributed to inventor Alexander Graham Bell, but Bell might have called Watson to complain had he learned that we leave off the important ending: “When one door closes another door opens; but we often look so long and so regretfully upon the closed door that we do not see the one which has opened for us.” This week, a physicist who has devoted much of his career to the two greatest missions humanity has ever undertaken – Voyager 1 and Voyager 2 – told Scientific American that NASA is powering them down after their over 44 and a half years trip has taken them to beyond the boundary of our solar system. While we watch that door close, we should not ignore another opening – not at NASA but at the often-derided (because of his founder and CEO Elon Musk) SpaceX, which announced this week it is investing in warp drive technology which could take a ship to the locations of the Voyagers and beyond at speeds only dreamed of 44 years ago. Bell would undoubtedly be impressed with both.

Dr. Ralph McNutt is the chief scientist in the Space Department at the Johns Hopkins University Applied Physics Laboratory. He was a science team member of two Voyager investigations and has participated in many long-distance missions, including Cassini and New Horizons. He told Scientific American the Voyagers were themselves door openers – they proved it was safe to travel through the travel through the asteroid belt to the outer planets of the Solar System, then they proved it was safe to pass through the outer reaches of the heliosphere, the termination shock and the heliosheath.

Opening the door to the heliosphere (although a few scientists question the definition and say the Voyagers haven’t passed it yet) sets the stage for interstellar travel, which Dr. McNutt is a strong proponent of -- he and his colleagues at Johns Hopkins recently completed a report outlining plans for an interstellar probe that would launch in 2036 and potentially reach the heliosphere in 15 years, 20 years faster than Voyager 1. However, that’s still too slow for exploration by a human crew, and the Voyagers have no other answers for that dilemma as they are powering down. Voyager 2 has only five remaining functioning instruments and Voyager 1 has four – all hardwired as opposed to today’s software driving probes. During the next few years, the rest will be powered off, with the last signals from the magnetometer and the plasma science instrument. Optimistically, that could be delayed until 2030, but it will probably happen sooner. Scientists like Dr. McNutt and fans of Voyager 1 and 2 will undoubtedly shed a silent tear as these two historic space travel doors close. 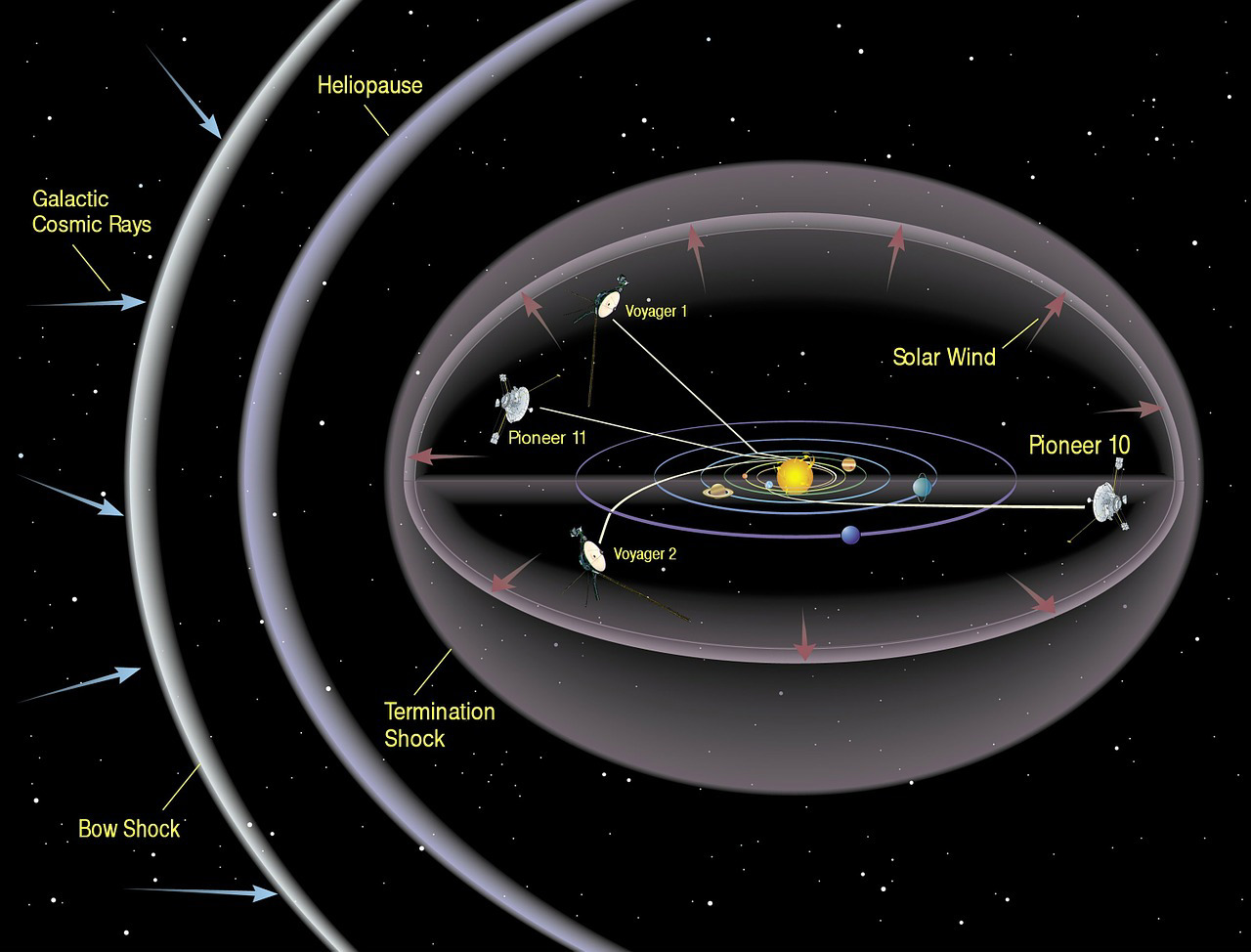 “When people think of space travel today, they might think of sending human beings back to the surface of the Moon or neat rovers on the surface of Mars doing interesting things. And those are amazing examples of space exploration, but those are all possible using chemical propulsion. If we want to send human beings to the outer Solar System, if we want to get a crew from the Earth to Saturn in 200 days, the amount of energy that’s necessary to make something like that possible is an entire order of magnitude larger than it takes to get a payload from the surface of Earth to Low Earth Orbit.”

Don’t let grieving over the deaths of Voyager 1 and 2 distract you from the exciting news coming from Limitless Space Institute (LSI), whose vision is to “Advance human exploration beyond our solar system” with a mission to “Inspire and educate the next generation to travel beyond our solar system and support the research and development of enabling technologies.” To do that, LSI convinced NASA warp drive researcher Harold "Sonny" White and retired astronaut Brian Kelly to join it in developing the technology to takes humans to the heliosphere and beyond. That’s a long way from Buzz Lightyear’s infinity, but adding Sonny White convinced Gwynne Shotwell, the President and Chief Operations Officer (COO) of SpaceX and a member of their Board of Directors, to serve as an Independent Advisor to the Board of LSI. Shotwell brought much-needed funding to Limitless Space Institute, which is sorely needed to bring Sonny White’s designs to reality.

“But fusion propulsion would enable us to send large payloads to Proxima Centauri in 100 years. Maybe less, if you want to get aggressive with the delta-v (acceleration). But if we want to do an interstellar mission to Proxima Centauri, and we want to get there in 20 years or less, that’s where we have to look to the frontiers of physics – move firmly into the unknown.”

Universe Today does an excellent job of detailing Dr. White’s three-phase plan to build a warp drive. Phase 1 is already in progress – Nuclear Electric Propulsion (NEP). NASA and other space agencies have tested using nuclear reactors to power Hall-effect thrusters or ion engines that ionize inert gases to create a charged plasma to generate propulsion. White and his team are working on an NEP for travel to planets in our own solar system, but that would take a few thousand years to get to Proxima Centauri, the nearest star. Fusion propulsion would knock a zero off of that time and get there in 100 years, but White, NASA, SpaceX and everyone else would like to see that time cut to “20 years of less.” Dr. White appropriately calls Phase 3 “Breakthrough.” 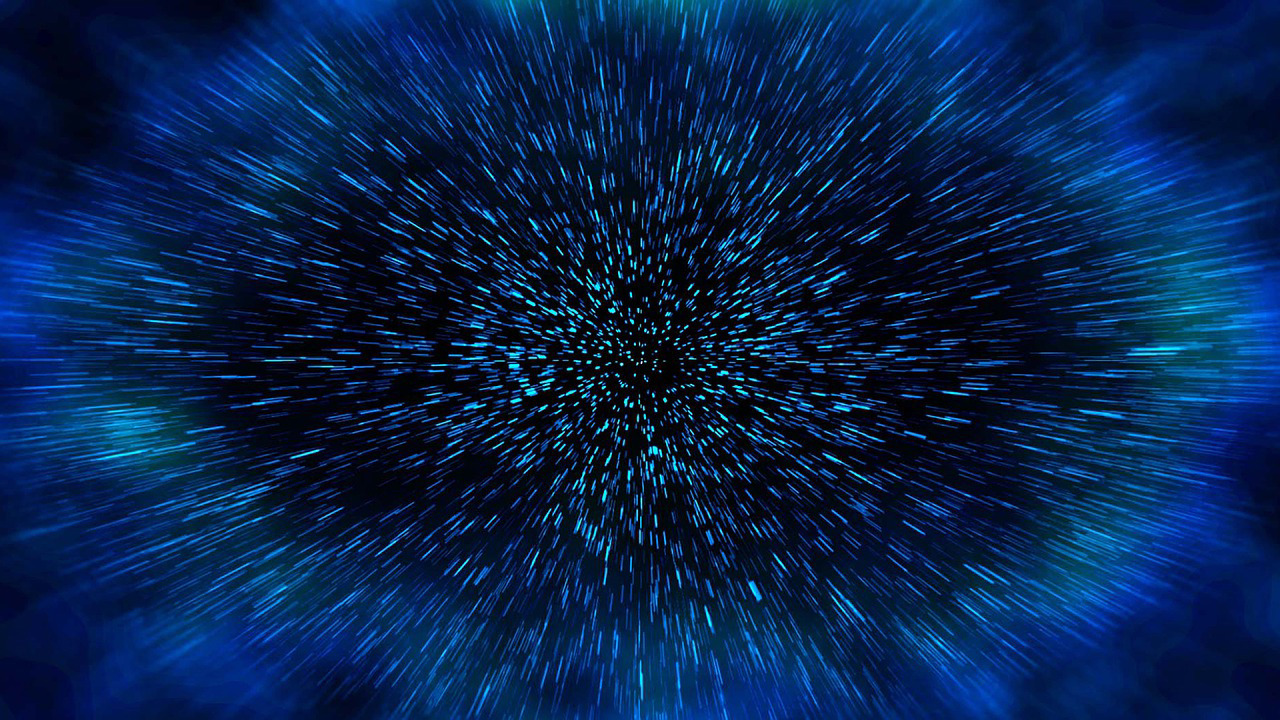 “So we looked at creating a mathematical model where it consisted of a one-micron diameter sphere centered inside a four-micron diameter cylinder. We looked at how the quantum vacuum would respond to such a nanostructure’s shape, and that nanostructure is predicted to manifest a negative vacuum energy density that would meet the Alcubierre Warp Metric.”

Dr. White’s ‘breakthrough’ idea for a faster-than-light warp drive may qualify him as the Alexander Graham Bell of the 21st century. The Alcubierre Warp Metric is a warp field that contracts spacetime in front of a spacecraft and expands behind it, allowing the spacecraft to travel faster than the speed of light without violating the theories of relativity or causality. Dr. White worked on the Alcubierre Warp Metric at NASA, but now at LSI he has the mission and the funding to potentially “drive” the warp drive to reality … and then to the heliosphere, Proxima Centauri and beyond in a timeframe that will allow the launchers to see it arrive at its destination.