Is Our Universe Home to More Than One Hostile Alien Civilization? This Scientist Says It’s Possible.

Earth may not be the only life in the universe according to the claims of one researcher, who warns about the possibility that some of our extraterrestrial neighbors might also be hostile.

In a recent pair of papers by Alberto Caballero, a Ph.D. student at Spain’s University of Vigo, the researcher and science communicator presents what he believes could be the source of the famous “Wow!” signal, along with what he characterizes as a thought experiment related to the presence of hostile alien civilizations.

The origins of the story date back to 1977, when a narrowband signal of significant strength was detected on August 15 by the Big Ear radio telescope at Ohio State University. Appearing to have emanated from the general neighborhood of the Sagittarius constellation, one possible source for the signal that was considered by researchers at the time included that it was from an intelligent alien civilization.

The discovery of the signal by astronomer Jerry Ehman, who famous scribbled “Wow!” onto the recorded data once he retrieved it several days later, gave rise to the signal’s popular name. Since its detection, a variety of explanations for the signal have been offered by astronomers, ranging from mundane Earth-based interference to the actual existence of intelligent extraterrestrials.

Weighing in on the decades-old controversy, in Caballero’s recent paper “Estimating the Prevalence of Malicious Extraterrestrial Civilizations,” the Spanish researcher says that he believes the signal originates from a location approximately 1,800 light-years from Earth, which he traces to a hypothetical planet in orbit around a distant star similar to our Sun.

However, his analysis did not stop with his theory about the point of origin for the 1977 radio signal; Caballero also decided to analyze the possibility that the presence of such an alien civilization might pose a threat: could they be hostile toward us? 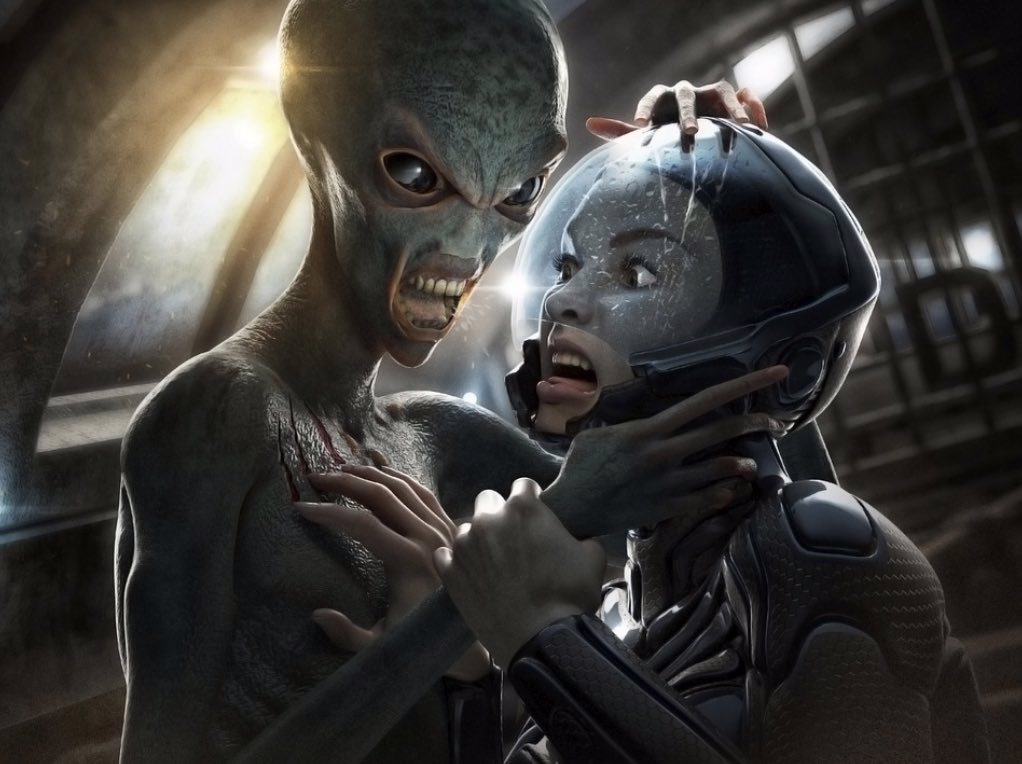 “Extrapolating the results to humanity once it becomes a Type-1 civilization capable of interstellar travel,” says Caballero, “ the frequency and therefore probability of invasion goes down. The estimations are based on life as we know it.”=

Of course, there are plenty of factors involving life from elsewhere that might account for it behaving very differently from our expectations based on observations of Earth life. Equally worthy of consideration is the fact that our eventual contact with evidence of intelligence from elsewhere may arrive in the form of extraterrestrial artificial intelligence, which could forego many of the sorts of expected evolutionary drives of biological entities (i.e. hunger, competition, sexuality, etc) and approach humanity with more logic and compassion… or at least, one might hope this would be the case.

In light of such factors, what about the possibility that one of the “malicious” civilizations any peaceful planetary groups might encounter could be us? Caballero didn’t overlook humanity’s own destructive potentials in this regard, noting in his study that once Earthlings reach the stage of technological progress where we could harness the sum total of our planet’s energy (thus becoming a Type-1 civilization as recognized on the Kardashev Scale), we might find ourselves in the position of being a potential danger to our cosmic neighbors, especially if we were to possess even limited capabilities with interstellar travel.

In sum total however, threats from malicious aliens are by no means ranked among the greatest concerns for humankind. Caballero’s study, like similar ones preceding it, ranks asteroid impacts and other Earth-based existential factors as greater potential challenges for humanity. In light of this, he also suggests that perhaps efforts at actively attempting to send messages to extraterrestrials (METI) aren’t so dangerous as some might perceive.

“The low risk estimated, lower than the impact probability of a planet-killer asteroid, could support METI efforts,” Caballero writes.

Caballero’s positions on METI and SETI raise interesting questions about the future eventuality of humans detecting communication from extraterrestrials in the form of signals from the stars. While there are obvious inherent dangers, there may also be benefits to humans sending out such signals. One “best case scenario” might involve an extraterrestrial civilization significantly more advanced than us being kind enough to send along science and engineering secrets that could greatly speed along our rate of technological development here on Earth. This would be similar to Carl Sagan’s novel Contact, in which intelligent aliens receive signals from Earth in the form of early television broadcasts, and thereafter dispatch blueprints for the construction of a device that ultimately allows humans to have direct communication with them.

There are more concerning alternatives to this scenario as well. As an example, humans might receive instructions on how to build what we perceive as an extraterrestrial communication device, which instead upon completion and activation does something else entirely: what if we unknowingly constructed a device that generated nanobot swarms that could effectively overtake the planet, thereby clearing the way for an eventual alien invasion?

There are, of course, other ways that evidence of alien life might be discovered than simply by messages we send or receive from the stars. For Caballero though, becoming active participants in the attempt at communication with extraterrestrials through METI is the likeliest way for humanity to proceed with any clear expectation of results.

“SETI is necessary, but it's like looking for a needle in a haystack,” Caballero says. “If we really want to have chances of ET contact, we need to start broadcasting laser messages to thousands of exoplanets.”

“Whether we should do it or not depends on what the international community says.”

Possibly the Creepiest Creeps on the Planet: Avoid Them!