“Sleep: Those little slices of death, how I loathe them”

Sleep has always been a mysterious realm that seems to be almost beyond us. For all of our expanding knowledge of the universe and the darkest depths of the sea, one frontier we have yet to conquer is that of sleep. We don't really understand it, why exactly we do it, or why we dream. It is a mystery we deal with every night, and yet no one is really sure what it all means. It is also not a little disturbing, since when you think about it, it entails us being incapacitated for hours on end, dead to the outside world removed from our dreams, and at perhaps our most vulnerable state. Anything can happen while we sleep and we wouldn't know anything about it, and perhaps there are strange forces that congregate around us as we visit the world of dreams. Especially for those of us who live and sleep alone, do we really know what goes on around us as we are asleep? With the increased use of sleep recording devices and apps we are getting a better picture of it, and some of these recordings can be bizarre, frightening, and infused with the paranormal.

One very creepy case of such a recording was allegedly taken by 28-year-old Robyn Esplin, who shares a house in Cramlington, Northumberland, England, with her eight-year-old son and their two dogs. The family doesn’t ever seem to have had any problems in their humble home, with no word of anything paranormal going on there, but this would change when one day Robyn decided to try out a new sleep app she had gotten for her phone. The app, called ShutEye, is designed to record the user’s quality of sleep as well as disturbances during the night, and make sure that you’re getting a full night’s rest, possibly pinpointing why you might be having sleep issues. On the evening of April 26, 2022 it certainly picked up something very bizarre that could definately be an issue. 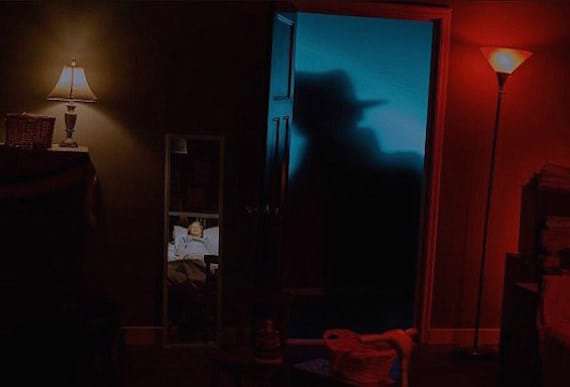 On this evening, Robyn had gone to bed in her room alone as she did every other night and turned on the app, which she had just gotten that week because she had been struggling with sleep. She had been using it on and off without picking up anything particularly out of the ordinary, but on this evening when she checked the recording the following morning she could hear something very ominous and disturbing, indeed. There were several recordings on the app that night, one of her getting up at some time during the night and some clips of her dog Alyn snoring, but then out of the background a man’s voice suddenly broke through the relative silence of the evening at about 1:10 a.m. Robyn would explain that it was definitely a male voice with a Cockney accent, which simply said “Can I rip the sheets down?,” after which the dog can be heard to bark once before the clip ends. She has said of it:

I saw the recording under 'sleep talking' and it took me ages to work out what it said, but now I realize what it said it's clear as day. I don't know whether to laugh or cry, it's totally freaked me out and I'm going to be scared to go to sleep now. It's definitely a man's voice, it's clear as day, but there's no one here that it could have been and I don't know anyone with a Cockney accent. What's getting me is that's definitely Alan's bark at the end of the clip so he's heard something in order to bark because if there's any sort of noise he'll start yapping away. It's only me that's in the bedroom and I have two small dogs and my son, who was asleep in his own room. The TV wasn't on or anything so I'm totally freaked out. I've Googled it and tried to do some research into the app to see if it's a glitch that has happened to a lot of people, but absolutely nothing comes up. The sleep app itself is rated as number one and accuracy is said to be above 90%.

The witness would report that there was no sign of a break-in, all of the doors and windows had been locked, every other recording was accurate, and there was no rational explanation for what had been captured on that app. What was going on here? In a perhaps even more sinister case we have the Reddit user Jenny, who goes by the screen name "Redwantsblue80." In 2013, she was using an app called "Sleep As Android" to improve her insomnia and allow her to sleep better at night. She had been using it without incident for about a month before, picking up nothing more than her own sporadic snoring and coughing during the night, but then on October 30 of that year something very strange happened as she slept in her bed with her 3-year-old child. When she checked the recording for that evening, the first thing that caught her attention was a very odd and persistent clicking sound, which would graduate into something completely bizarre. She says of the bizarre incident:

I use an app called “Sleep As Android” to improve my sleep. One of the features is that it records your night time noises – snoring, sleep talk,cover ruffles, coughing etc. I’ve been using the app since October 1 of 2013. I’ve never caught anything other than sounds created by me changing positions or coughing or something like that (although I’ve been told several times Italk in my sleep by other people). On 12/30 at 2:04 am I caught something VERYweird. To set up: This night I was sleeping in my bed – my 3 year old was with me that night as he is scared of the dark. It was just the two of us in the whole house. The next night I decided to go through and delete my recordings and saw this particular record. In it, you can hear some clicks that start to get louder over the course of the recording. Eventually you can hear me say “What are you doing??”and immediately after there is a deep voice that says “Nothing”. The clicks become very loud at that point and at the very end of the recording you hear the same voice say “That’s them” (I think?). I am pretty creeped out by this. I don’t remember being awake that night. The only plausible explanation is that I answered my own sleeping talking but the voice doesn’t even sound like me or something I could emulate. It definitely doesn’t sound like a voice my preschooler could emulate, either. I have no idea what the clicks could be. I keep a fan going at night for white noise but the clicks sound like they’re coming from right near my phone (which is placed right by me on my bedside table). I want to say that I’ve picked up the clicks a few times on recordings before but deleted them thinking it was nothing – this is the first time I’ve ever heard anything, though. 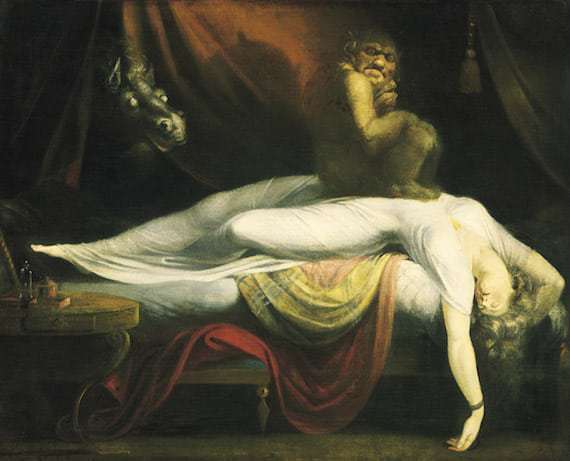 Jenny would have no memory of any of this happening, and also claims that the house was locked tight and that there had been no men in the house at the time. This post spawned a whole thread trying to get to the bottom of the weird disturbance, but there were no clear answers. She would continue to monitor the situation and record every night, but after months of continued recording, Jenny updated the thread saying there had been no unexplainable recordings since the original, and that she had decided to move out and find a new, less creepy, place to live. Sounds sensible enough. She would also say of the incident:

This happened 4 months ago. Since then, I have had no more weird voice recordings BUT there were one or 2 more instances of the clicking noise waking me up at night.During one of the times that it woke me up, I sat up and tried to hear where the sound was coming from (even though I was pretty scared). The sound seemed to be coming from the area of my fan) about 12 feet away from my bed) but the closer I got, it started to fade away. When I got to my fan, it wasn’t coming from my fan at all that I could tell and it just stopped. Very weird. Also, I took someone else’s advice and walked through my house shortly after the final clicking and asked that whatever it was to please leave my house and that my son and I were scared. I felt like a complete ding dong doing that, though, but I was up for trying about anything. Also, as suggested by several people, I’ve beefed up my home security, changed locks, that kind of thing. I’d say nothing weird has happened for about 3 months now. I am completely fine with that. This experience really messed with me for a while. 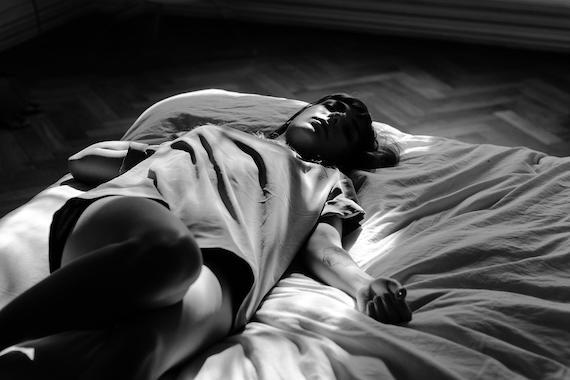 In 2013 we have a rather odd report from a witness who claims that she had been using the "Pillow Sleep Cycle Alarm Clock" app to monitor her sleep after months of always waking up inexplicably at the same time every night for no apparent reason. She recorded many sleep sessions without incident, but one in particular caused her blood to run cold. She says:

There are 33 recordings. The majority of them are just me shuffling my blanket around or small groans. The one at 4:42 AM absolutely terrifies me. You can hear me whimpering a bit. But then there's a very masculine voice. I'm a female, if you haven't guessed. He's mumbling while I groan in my sleep and then near the end of the 10-second recording it's very clear that he says "I........AM."

What is going on in cases such as these? Do these represent intruders, malfunctions with the app, or perhaps something altogether stranger? What is going on with these people as they lie there detached from the real world and immersed in the realm of dreams? Whatever the answers may be, it shows that sometimes in our most vulnerable and incapacitated state there might be things going on around us that we don't know about, and perhaps don't want to know about. Sleep tight. 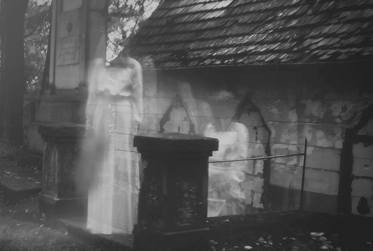 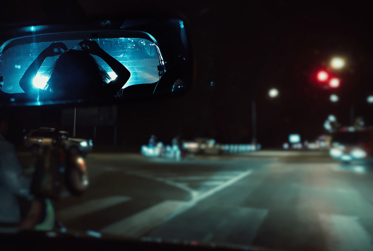 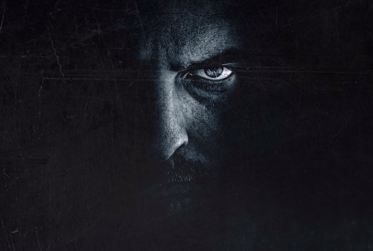 Possibly the Creepiest Creeps on the Planet: Avoid Them!