The afternoon of August 12, 1883, started like any other for Mexican astronomer José Bonilla. He arrived at the small and recently built observatory he worked at in Zacatecas, Mexico, set up his equipment, and got to work on observing sunspot activity. It was all pretty routine for him, but as he went about his observations and collected data something very strange began to come into view, which would rattle astronomy at the time and lead to what is widely believed to be one of the earliest UFO photographs ever taken, supposedly of a fleet of UFOs crossing the sun.

At first there was nothing out of the ordinary, but as Bonilla looked on he was shocked to see a group of large, dark unidentified objects crossing over the sun’s surface at a rapid pace, each of them ringed with what appeared to be some kind of mist and trailing a faint dark tail behind them. At first he thought they were perhaps artifacts of his telescope, perhaps something on the lens, but an inspection of his instruments found nothing to be wrong with them, nor anything to account for what he was seeing. As the mysterious objects passed out of view more appeared, seeming to be neverending, and it was all anomalous enough that he began taking photographs of the strange phenomena. Throughout that day and the next the objects continued to pass over the sun, until he had logged around 450 of them, a whole fleet of the things. They matched no known astronomical or sun phenomena he knew of, were not easily attributable to any Earth-based phenomena either, and Bonilla was at a complete loss as to what he had observed. All he knew was that it was something deeply strange and unprecedented. 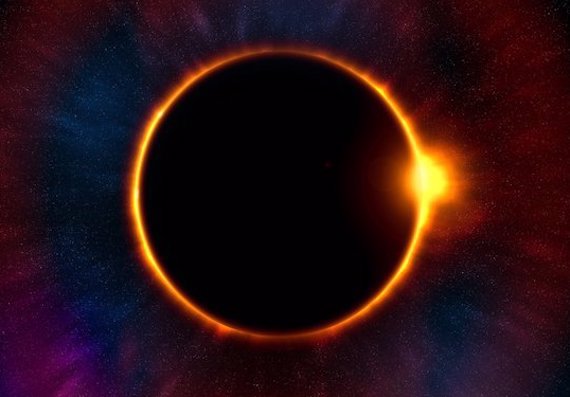 On January 1st, 1886, the photos he had taken would be published in the French astronomy magazine L’Astronomie to mixed responses. The editor of the magazine was pretty fast to write them off as flecks of dust or bugs, and others explained it all away as migrating birds, but others held them up as something truly mysterious and beyond current knowledge. At the time they were just sort of an oddity that was soon forgotten about, but in more modern times the photos gained new life in the UFO community, where they were picked apart, studied, and hailed as some of the earliest UFO photos ever taken, but there was little to prove either way what was actually seen in those images, bringing about much discussion and debate that went nowhere.

It would not be until 2011 that a solid, plausible explanation was finally proposed by scientists at the National Autonomous University of Mexico. Mexican astronomers Hector Javier Durand Manterola, Maria de la Paz Ramos Lara, and Guadalupe Cordero took a good look at the Bonilla photos and came to the conclusion that the objects were fragments of a massive comet in the process of breaking up, which to them explained the fuzziness around the edges and the dark trails they left in their wakes. They also calculated that the comet had passed within between 373 to 4,970 miles of the Earth, an extremely close flyby missing us by just a hair’s breadth. Oddly, no other astronomers at the time had witnessed the event, but the researchers have explained that this could be because of what is called the “parallax effect," meaning that if the comet fragments were so close to Earth, only certain regions of the Earth would have lined up with both the sun and the comet fragments, which would have ensured that they would not have been in line with the Sun even for observers nearby.

The most sobering finding of all was that each of the fragments was estimated by the researchers as having been from 50 to 800 meters across (165 feet to 2.5 miles), coming from a parent comet that would possibly be a monstrous billion tons or more. This would have made the mother comet a size on par with Hailey’s Comet or Mars’ moon Deimos, which is generally thought to be similar in mass to the progenitor of the impact that killed the dinosaurs. In short, if it were to have hit us, it would have most likely been an extinction level event. Indeed, each one of the fragments alone was at least as big as the meteor thought to have exploded over Tunguska, Siberia on June 30, 1908 with the force of a 12 megaton bomb, about 1,000 times more powerful than an atomic bomb, to flatten an estimated 80 million trees over an area of 2,150 km2 (830 sq. miles) of forest, easily enough to annihilate a large metropolitan area. According to these scientists there were likely far more of the fragments than Bonilla had actually been able to witness, with perhaps 131 objects per hour and a total of 3275 objects in the time between observations. To put it into perspective of how close we probably came to an apocalypse if these were comet fragments, Manterola has said of it, “So if they had collided with Earth we would have had 3,275 Tunguska events in two days, probably an extinction event.”

The team is not completelty sure that their findings are accurate, but it seems to be about the best we can do to try and explain what Bonilla saw on that fateful day. What did he observe out there? Was it some mundane earthly phenomena such as dust, bugs, or birds? Was it an actual fleet of alien spacecraft? Or was it a comet that came very damn close to wiping us out? Whatever the case may be, it remains an intriguing and obscure bit of astronomy history and lore.