The Bizarre Case of the Fairies in the Baths

Within the realm of the paranormal, one strange corner is occupied by supposed encounters with fairies and fairy-folk. This is an area of the odd that deals with entities that skirt our understanding of the world as we know it and challenge our ability to comprehend it all. Many cultures around the world have had such accounts, and a very prominent case of a truly bizarre encounter with fairies comes to us from the country of England in the 19th century, in which some troublesome fairies managed to get into some baths and cause a whole lot of trouble.

Within a pamphlet by a Charles C. Smith called The Folklore Record of 1878 and published by The Folklore Society in 1878 is the strange account of a man named William Butterfield, who was apparently the keeper of some baths called the White Wells, in Ilkley, a spa town in West Yorkshire, in Northern England. According to the account, in June of 1815, Butterfield got up as usual, got dressed, and made to head off to his baths, which he had only very recently acquired. On this day, the only thing that might have possibly been considered out of the ordinary at first was that the birds were apparently singing more beautifully and more enthusiastically that morning, of which he would say, “the birds sang so sweetly, and cheerily, and vociferously, making the valley echo with the music of their voices.” At the time he did not think much of it, and he would not think it to be odd until later after his strange encounter.

Butterfield reached the baths just before dawn, reached the door that led to them, and inserted his key, yet when he tried to turn it, it merely spun around and around in the lock. He took out the key, examined it and the lock, but could find nothing wrong with them. He tried it again, and again the key just spun around uselessly, refusing to open the door to the baths. Baffled, he then tried to forcefully push the door open, but it felt as if someone were on the other side pushing it back closed, and at this point he became aware of voices whispering and giggling from the other side. He pushed at the door even harder, thinking there were trespassers in his baths, but when the door finally opened he was met with quite the bizarre sight. Smith writes of what happened next:

He endeavored to push the door open, and no sooner did he push it slightly ajar than it was as quickly pushed back again. At last, with one supreme effort, he forced it perfectly open, and back it flew with a great bang! Then ‘whirr, whirr, whirr’, such a noise and sight! All over the water and dipping into it was a lot of little creatures, all dressed in green from head to foot, none of them more than eighteen inches high, and making a chatter and jabber thoroughly unintelligible. They seemed to be taking a bath, only they bathed with all their clothes on.

Soon, however, one or two of them began to make off, bounding over the walls like squirrels. Finding they were all making ready for decamping, and wanting to have a word with them, he shouted at the top of his voice—indeed, he declared afterwards, he couldn’t find anything else to say or do—”Hallo there!” Then away the whole tribe went, helter skelter, toppling and tumbling, heads over heels, heels over heads, and all the while making a noise not unlike a disturbed nest of young partridges.

Butterfield stood there in awe trying to make sense of what he was seeing and what these entities were doing in his bath. The thought crossed his mind that this was some kind of witchcraft, and he also put it together that the incident likely had something to do with the odd birdsong he had heard that morning. More sinister thoughts also entered his mind, that perhaps this was some sort of bad omen, and in the meantime, the little beings all sort of just vanished. Smith writes of what happened next:

The sight was so unusual that he declared he either couldn’t or daren’t attempt to rush after them. When the well had got quite clear of these strange beings he ran to the door and looked to see where they had fled, but nothing was to be seen. He ran back into the bath to see if they had left anything behind; but there was nothing; the water lay still and clear just as he had left it the previous night. He thought they might perhaps have left some of their clothing behind in their haste, but he could find none, and so he gave up looking, and commenced his usual routine of preparing the baths; not, however, without trotting to the door once or twice to see if they might be coming back; but he saw them no more.

The whole affair appeared so odd that it was a long time before Butterfield told anybody about it, and besides, he thought their appearance might be a sign of bad luck either to his wife or ‘bairn’. However, after some time had passed, and nothing had come wrong, indeed he had rather prospered than otherwise, he told his wife, and of course she told it to other wives, until it became widely known, and by the time Butterfield got to be an old man, and people ceased to believe such things, he told it to very many. Some believed it and some didn’t, but few thought William Butterfield didn’t believe it. 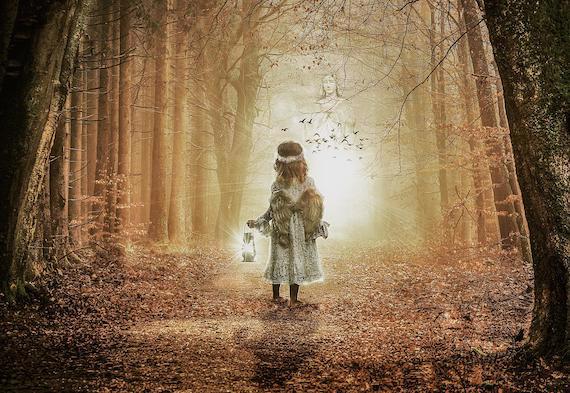 Smith would present this as a very real account, and described Butterfield as “a good sort of a man, honest, truthful, and steady, and as respectable a fellow as you could find here and there.” The case has gone on to become quite a popular one in the field of fairy lore and studies, mentioned in numerous books and articles on the matter, and it also illustrates just how much of a hotspot for fairies Ilkley is. Apparently the place has long been known for its encounters with fairies, so the location certainly seems to fit. Over at Beachcomber’s Blog it is written of this:

“This time, reading other Ilkley sources, and trying to get a better sense of the landscape, I wanted to look at the experience in terms of local folklore. This is not, I admit, anything like an explanation, but it does give context. The White Wells bubble up to the surface on the edge of Ilkley Moor. The moor was demonstrably associated with fairies. A ten-minute walk to the east there is the Fairies’ Kirk with a great overhang where the Fairies’ House is to be found. Craik tells us that you had to go there in the very early morning if you want to see the fairies; an interesting point given the timing of Butterfield’s encounter. One source from the 1860s claims that ‘the space between the foot of the West Rock and the Old Wells [the baths], was a favourite resort of’ the fairies: this would be the area immediately beyond the baths, moving on to the bits of open moor. William Butterfield then was in the right place to run into trouble.

What was going on here and what did this man encounter? Can this be all explained away as wild rambling or the imagination? Is it due to perhaps some misidentification of wild animals? Or is there perhaps something more to it all? Whatever the case may be, the account of Butterfield and the fairies of the bath has gone on to become much discussed, and may never be answered for sure.

Woman Claims She is Regularly Abducted and Abused by Extraterrestrials