The Bizarre Case of the Omen Curse

For some reason or other, horror movies seem to have a history of having strange curses following them around. Many of the classic horror movies we know and love roday have allegedly been overshadowed by inexplicable misfortune and death, including notably the film Poltergeist and also The Exorcist, both productions that were supposedly plagued with all manner of weird occurrences and tragedies. Following in the same vein was another horror movie about demons and possession that too would go on to become a frightening and beloved classic of the genre. In 1976, audiences were treated to yet another dose of demonic horror when The Omen, directed by Richard Donner and starring Gregory Peck, was released. The film follows the struggle of a family coming to the stark realization through an unfortunate series of mysterious events and ominous deaths that their young adopted son is in fact the Antichrist. The film was a major commercial and critical success, earning two Academy Award nominations and winning an Oscar for Best Original Score for Jerry Goldsmith's haunting, iconic score, as well as going on to spawn two sequels. It also has become known for strange and insidious events surrounding it that are every bit as spooky as the movie itself.

The weirdness was already starting when producer Harvey Bernhard first heard the idea for the film from his friend Bob Munger back in 1973, years before the production would even begin. Bernhard liked this idea of a demonic boy terrorizing his family, only mentioned by Munger in passing, so much that he went through great lengths to get it put into production. Apparently, Munger became increasingly overcome by a sick feeling of dread at the thought of the movie actually being made, which became more unbearable as screenwriter David Seltzer worked away on the script and the movie creeped closer to actually being put into production. Munger became so upset with the thought of his idea being made into a film that he would years later claim that he had warned Bernhard about it, saying:

I warned Harvey at the time. I said, 'If you make this movie you're going to have some problems. If the devil's greatest single weapon is to be invisible and you're going to do something which is going to take away his invisibility to millions of people, he's not going to want that to happen'. 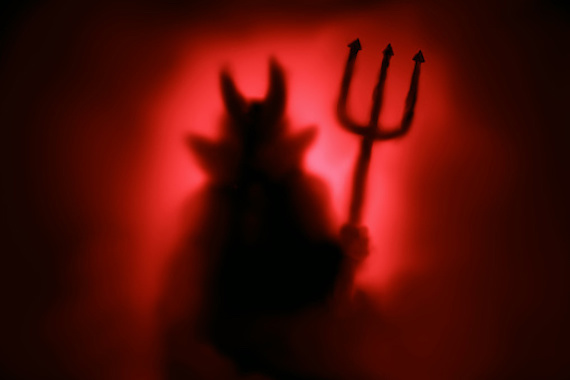 Pretty sinister and ominous stuff, but it would turn out that perhaps he just might have been right, and the grim warning would become somewhat prophetic. Just two months before filming started, the star of the movie, Gregory Peck, was confronted with the tragic news that his son had committed suicide by shooting himself. When Peck was on his way to London in the wake of this sad news, the plane he was flying in was struck by lightning in a frightening but ultimately nonfatal ordeal. The wrath of lightning would prove to be a common occurrence during filming, as at various points throughout the production screenwriter David Seltzer would also be flying in a plane which was struck by lightning, as would executive producer Mace Neufeld in yet another separate incident. Indeed, producer Bernhard was nearly struck by lightning while walking down a street in Rome, with the bolt barely missing him.

So many relentless lightning strikes on so many associated with the filming seems odd enough, but the ominous incidents would only get more intense. Filming was also plagued by car crashes, as several cast and crew were involved in automobile accidents during the shoot, including Peck and the director himself. Even more frightening was a bombing by the IRA that blew up portions of the hotel where the director and producers were staying during filming in Ireland. In another disconcerting incident, a plane that had been reserved to fly Peck and other cast members as they were working on location in Israel was switched to another carrier at the last minute, and the flight that they were originally scheduled to take ended up crashing spectacularly to kill all onboard. Other mishaps during production included various freak accidents experienced by the stunt men, and the severe mauling of one of the film’s animal handlers by the trained Rottweilers that had been used for one of the movie’s scenes, in which a pack of ferocious feral dogs chase two of the main characters through a cemetery. These incidents served to be very eerie and unsettling for cast and crew, and producer Bernhard even went as far as to start wearing a prominent cross around when he was on the set, fearful of what forces they had perhaps provoked. Years later he would say of this:

I wasn't about to take any chances. The devil was at work and he didn't want that film made. We were dealing in areas we didn't know about and later on in the picture it got worse, worse and worse.

Even after filming wrapped up the alleged curse of The Omen would seemingly not relinquish its grip. One of the film’s animal handlers died a mere two weeks after the filming ended, when he was pulled into a lion enclosure by one of his own trained lions and viciously mauled to death. Two other crewmembers would also go on to be involved in bizarre accidents just one year after The Omen’s release, oddly while both working in Holland on the World War II film A Bridge Too Far, directed by Richard Attenborough. In one incident, stuntman Alf Joint fell and was hospitalized while performing a simple routine stunt he had done hundreds of times before, and later he would claim that he felt as if he had been pushed by an unseen force. 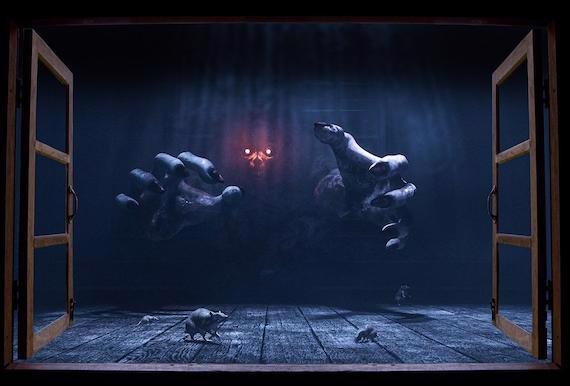 Even more sinister was what would happen to The Omen’s Visual Effect Supervisor, John Richardson, while working on the same film. Richardson had been responsible for some of the most noteworthy, unforgettable, and imaginatively gruesome moments of carnage in The Omen, among them an iconic scene in which the character of a photographer, played by actor David Warner, is brutally decapitated by a flying sheet of glass. In an accident with an eerie similarity to that scene, Richardson was driving in the Netherlands along with his set assistant for A Bridge Too Far, Liz Moore, when the two were involved in a horrific head-on car accident in which the wheel of the car sawed up into the passenger seat to practically cut Moore in half, beheading her and leaving a mortified Richardson in a state of disbelief and shock. Spooky rumors that have popped up in the years since allege that Richardson stumbled out of the totaled vehicle and noticed a sign that announced that they were 66.6 km from a Dutch town called Ommen.

It seems that the curse of The Omen went beyond even all of this to hang over the 2006 remake of the film, directed by John Moore, which was also beset with several weird events during production. The director claimed that two days of filming were lost and that the malfunctioning camera had displayed the message “Error 666,” which was odd considering that was this was not a message it had ever been programmed to show. Other incidents include actor Liev Schreiber being bitten by a dog on set, as well as co-star Pete Postlewaite’s brother dying of a heart attack during a card game, allegedly after drawing three sixes. To this day Moore insists that something supernatural and evil was hanging over the production, and discusses some of these strange phenomena in the DVD commentary for the film. Was there really something paranormal going on here, or is this all just spooky stories tying together some disparate coincidences on the set of a decidedly very creepy movie? It is hard to say for sure.

The Matrix: Could it Become a Reality? Pills, Altered Realities and More