On March 21, 2011, the Disney Wonder cruise ship left Los Angeles, California on its way to Puerto Vallarta, Mexico. The massive vessel can accommodate 2,400 and have a crew of approximately 950, and on that day one of these crew members was 24-year-old Rebecca Coriam, originally from Chester, England. Coriam’s job was working with the children of the many families aboard the ship, and by all accounts was a happy and well-adjusted young woman who kept in regular contact with her family in England via Facebook and Skype. As the ship sailed out over the sea towards the horizon there was no reason for anyone to suspect that this was going to be anything but another magic-filled Disney cruise, with the company’s safety record at the time impeccable, but Coriam was about to keep on sailing off the face of the earth to become a baffling mystery that has never been solved.

That evening, Coriam sent her mother a simple message saying that she was going to call the next day, a perfectly innocuous mail like any other, but when the next morning came without any reply from her daughter her mother became concerned. Coriam’s shift starting time of 9 a.m. came and went but she did not arrive for work. Someone went to her room to see if she was there but the room was empty, with no sign of Coriam, so the ship was then searched, pages were put out over the ship's public address system, and every corner was scoured, but the missing woman was nowhere to be found. It was now clear that the young woman was not on the ship, so authorities were notified and an official investigation into the disappearance began.

The United States Coast Guard and Mexican Navy did a meticulous search of the surrounding sea but found no sign of her, and in the meantime one of the first things authorities did was go through CCTV footage on the vessel in order to try and put together the events of the previous evening and try to pinpoint just where Coriam had gone. They would find footage from the crew lounge taken at approximately 5:45 a.m., which showed Coriam talking on an internal phone, but it was very odd in that she was wearing men’s clothes and seemed to be highly distressed with whatever she was talking about with the person on the other end of the line. In the footage she is visibly upset and gesticulating as she talks on the phone. A young man can then be seen to approach her, apparently asking if she is alright because her mouth clearly says “I’m fine,” after which she continues her intense conversation, hangs up the phone angrily, and walks off. Police extensively interviewed crew and other passengers and no one had seen her after that time, no other CCTV footage shows her, and it is the last time she is ever seen again.

From pretty much the very beginning of the investigation, Coriam’s family had a bad feeling about how it was being handled, and it seems there had been many balls dropped before authorities had even arrived. For instance, Disney had disregarded normal procedure when they failed to turn the ship around when she was reported missing. When the actual search was commenced, the Navy and Coast Guard teams were given incorrect coordinates, resulting in them searching large swaths of the wrong place. It had also taken Disney a full three days before they had contacted the police in the Bahamas, where the Wonder was registered and was thus under their jurisdiction, and even then they sent only a single investigator from the Royal Bahamas Police Force, who spent just one day interviewing a mere six of the crew members and none of the passengers. It took over a week before Coriam’s family were finally flown out to meet with Disney officials and investigators, and when they arrived they were treated poorly. Rebecca’s mother, Anne Coriam, would say of it:

Everything was staged by Disney. We were taken in a car with blacked out windows, on the boat’s back entrance, as passengers disembarked from the front. They took us to a room where they played the CCTV footage of Rebecca where, largely, she appears to be fine.

Even with such a rushed and bungled investigation, Disney officials were quick to offer the explanation that Rebecca had been washed overboard by a rogue wave at a place called Deck 5, which they claimed was right next to the lounge she had last been seen at, despite zero evidence of this being the case. In fact, the ship at Deck 5 was equipped with extra high walls in order to prevent just such a thing from happening and a wave would have caused dmage to the ship as well, but there was none. The family got the distinct impression that Disney was trying to sweep it all under the carpet and wash their hands of it. Indeed, they seemed more interested in getting the ship back out to sea than in investigating the case of the missing member of their crew, and despite objections by Rebecca’s family, they stuck by the rogue wave theory and considered it case closed. However, in the meantime another independent investigator was turning up some rather ominous stuff. 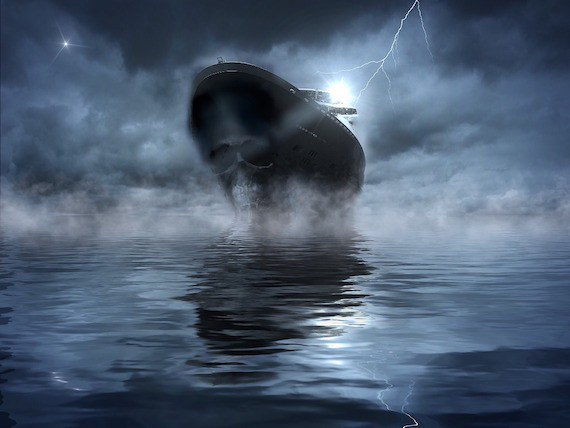 In October 2011, journalist Jon Ronson went aboard the Wonder to do his own snooping around on the case for an article he was putting together. Many of the crew members discreetly told him that more was known about her fate than Disney or the Bahamanian police had publicly admitted, and some told him that they were not allowed to talk about the matter with anyone. He also investigated several possible areas where Coriam might have allegedly jumped, fallen, or been washed overboard, but with their high steel walls and positions he did not see any way that this could have been possible. Interestingly, there were conspicuously mounted security cameras all over the place, meaning that it seemed impossible that there would not exist footage of her somewhere from after her trip to the lounge, yet Disney claimed there was none. Ronson became convinced that Disney in fact had these tapes and were keeping them under wraps, and he came away with the distinct impression that Disney knew more than they were letting on. Nevertheless, everyone he spoke with was adamant that she had gone overboard somehow.

The Coriams also went and hired their own private investigator, a Roy Ramm, who also uncovered some eerie details. Ramm immediately found that the weather on the day that Rebecca had disappeared had been calm and not stormy at all, making it highly unlikely that a massive rogue wave could have descended on the ship. Ramm also discovered that the main piece of evidence in the case, that CCTV footage from the lounge, had been cropped and doctored to hide the timestamp and location, and that the lounge was actually near Deck 1, far from Deck 5, where they had originally claimed the lounge was near and where they insisted she had vanished from. Disney had also claimed that they had found Rebecca’s sandal on Deck 5, proving that she had vanished from there, yet Ramm quickly found that the sandal in fact belonged to another passenger and wasn’t even Rebecca’s size. He also found a ripped pair of shorts among Rebecca’s personal items which he believed indicates that she was attacked and possibly sexually assaulted. Adding to all of this, it was also found that there had been activity on Rebecca’s bank account and her Facebook password had been changed after her vanishing. It all paints a rather sinister picture, but even despite these new clues, Disney stuck by their story of the rogue wave and in the absence of any real hard evidence the official investigation was closed. Coriam’s family would eventually settle a lawsuit against Disney out of court in 2016, but the case has never been solved and they have never believed the rogue wave explanation, instead suspecting some sort of foul play. 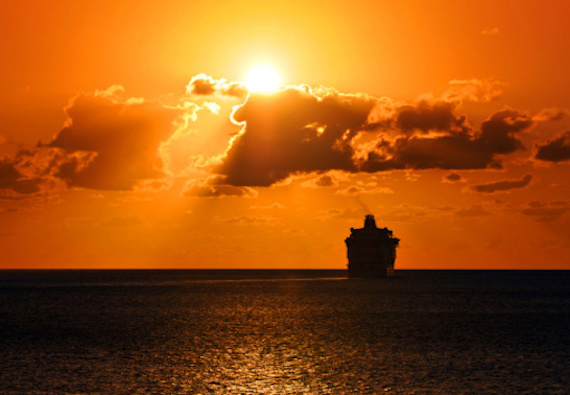 We are left to wonder just what happened to Rebecca Coriam and there are plenty of theories. Was she washed out to sea? It seems unlikely considering the weather at the time, the lack of damage to the ship, and the high walls. Was she perhaps murdered, and if so, by who? Did she commit suicide? Her family has denied this possibility over and over again, describing her as cheerful and upbeat and as having bought tickets for a trip to Disneyland Paris that she had been looking forward to. Another idea is that she might have run off to start a new life, and indeed Rebecca’s father was contacted by a witness saying that she was in Venice, but this has never been confirmed and it seems unlikely she could have gotten off the ship at sea and made it on her own to land.

We are left with many questions and few answers. What was the meaning of her distressed phone call in that footage, who was she talking to, and does it have any connection to any of it at all? Why was she wearing men’s clothes at the time? Why was the investigation botched so badly? Why has no other CCTV footage been released, despite the fact that there are cameras everywhere, and what does Disney really know? Considering that Disney has continued to be very evasive and uncooperative on the matter, it seems unlikely that we will ever know for sure. To this day the official version of events is that Rebecca Coriam was washed overboard by a rogue wave, her body has never been found, and in the void of answers to our many questions it seems like a case that will never be fully solved, her family denied the closure they have long sought.