In 1980, Dr. Margaret Mary Kilcoyne had made quite a life for herself. A successful cardiologist doing research at Columbia University and assistant professor of medicine at the Columbia College of Physicians and Surgeons in New York City, in January of that year she had been telling her close friends that she had come across a medical breakthrough so amazing that she was convinced it could win her the Nobel Prize. She never did divulge just what this discovery was, but she was elated enough about it that she decided to get out of town to celebrate at her summer home in the town of Tom Nevers, on Nantucket, an island about 30 miles by ferry south from Cape Cod, in the U.S. state of Massachusetts. At the time her future seemed bright, but this brilliant woman was about to become one of the most puzzling unsolved mysteries the island has ever seen.

Once on Nantucket, Kilcoyne met up with her brother Leo, and on that evening of January 25, they had dinner at her place with some local friends before retiring for the evening at around 10:30 p.m. Before she went to bed she told her brother to wake her up for church the next day, and she would later be described as acting perfectly normally that night. To everyone present it was a totally normal evening, so when she said goodnight and went to her room there would have been no reason to suspect that this was the last time anyone would ever see her again.

The following morning, Leo dutifully went to wake his sister as promised, but no one answered the door. After knocking several times, Leo let himself into the bedroom to find an empty bed and no sign of Kilcoyne anywhere. Indeed, she was nowhere to be found in the entire house, and despite the fact that that evening had brought frigid, freezing temperatures her winter boots were on the floor and her only coat was hanging in her closet. Her wristwatch and purse had also been left behind in the home. A check of her garage showed that both her bicycle and car were both still there, meaning that wherever she had gone had been on foot. Considering the harsh weather outside and the fact that Kilcoyne was woefully underdressed for it, authorities were notified immediately and a search of the area was launched, with police scouring nearly every inch of the island, enquiring with the ferry service, checking hospitals, and even sending divers into bodies of water, but not only was there no sign of her, there eerily weren’t even any footprints to indicate where she might have wandered off to. 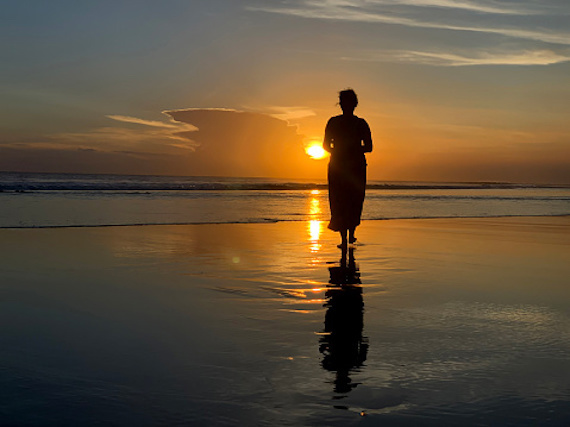 The search was officially called off after several days of non-stop efforts involving police, the Fire Department, and the Coast Guard, utilizing foot patrols, tracker dogs, ships, and aircraft, but there was not a single trace of where she had gone or what had happened to her. It was as if she had simply evaporated into thin air. At this point the main theory was that she must have left her house in the middle of the night to go out to the ocean in her socks and night wear, after which she had jumped in a suicide bid, but family and friends dismissed this, as she had been in good spirits after her discovery and had not left any sort of suicide note. What had happened to this brilliant doctor? No one had a clue, and as the days went by with no further sign it was looking more and more like no one was ever going to know. Police sort of moved on from this cold case at the time, but then a new development would emerge that would further propel the case into the strange.

On February 3rd, 1980, some locals were out walking their dog near the Philips Run swamp area when they came across an odd sight. There sitting at the edge of a clearing were Kilcoyne’s passport, savings book, sandals, and wallet containing $100, all of it neatly stacked and placed there in an obviously deliberate fashion. Making it eerier was the fact that these items were found about a mile northeast of Kilcoyne’s home out in plain sight in a place that had been intensely searched, so where had they come from and who had put them there? Police were brought in to search the area again, this time coming across a blouse found rolled up and inside-out in some brush just about 150 yards from Kilcoyne’s home. Although the blouse was in a hard to reach spot that required one to crawl to it, police believed it had been intentionally and strategically placed there. Considering these weird new clues, the case was starting to look more and more like possible foul play, but there was still no sign of Kilcoyne and there was no explanation for how these items could have appeared there unnoticed.

As the investigation gained newfound urgency, there were a number or eerie clues that came up. It would turn out that just the day before her disappearance, Kilcoyne had purchased $650 in groceries and $250 worth of liquor at a local grocery store, telling the clerk that it was for a party, yet her brother and friends had heard nothing of such a plan. There was also talk of some odd behavior in the days leading up to the vanishing, such as rapid fire, manic rambling on and on about her new discovery to her brother and friends and claiming that she was being spied on, as well as going on cryptic, nearly stream of consciousness rants about “being on a higher spiritual plane” or receiving messages from her dead sister-in-law. There had also been an incident in which Kilcoyne had invited a woman she didn’t know out to dinner, bought an expensive bottle of wine, invited the waitress to work at her laboratory, and then stayed at the stranger’s house only to leave the next morning without saying goodbye. These various episodes had unsettled her brother so much that he had in fact made plans for her to see a psychiatrist for the day after she disappeared. However, people on the island said that she was always very well-adjusted and cordial, and had never done anything particularly odd to stand out.

This perceived mental imbalance had led authorities to believe that she had simply had a breakdown or fugue state and had wandered out to the sea, where she had either accidentally fallen in or killed herself, but if that were the case then why had her belongings suddenly shown up a week after her disappearance, in a neat stack right in the middle of a heavily searched spot a stone’s throw away from her house? Another theory is that she had either intentionally ran off to start a new life, or had entered a fugue state and wandered off in a disoriented daze to forget who she was. Indeed, there were many sightings of Kilcoyne reported throughout the investigation from all over the place, so it is perhaps possible that she was still alive and merely did not want to be found or did not know who she was. 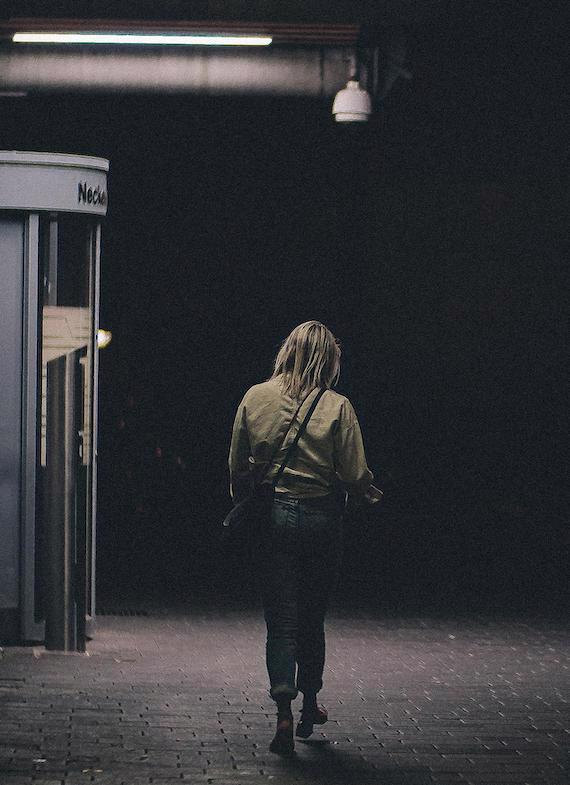 Another more sinister idea is that she might have been killed for whatever new discovery she had made, and that the police might have even had a hand in covering it up. After all, she had expressed paranoia over being spied on, and then there is a curious confidential report that turned up long after the official investigation. This report contains the case of a cadaver dog brought to the summer home and which had been drawn to one of the walls of the house, even scratching at the wall, and chemical tests turned up some signs of a small amount of blood at the the baseboard and floor below the wall, as well as in the bathtub and bathroom sinks, yet despite this, it was not considered evidence of foul play at the time, with Deputy Sheriff Peter Robbins of the Barnstable County Sheriff’s Office, Bureau of Criminal Investigation stating:

Due to the sensitivity of the testing reagents and the fact that no large masses of blood stains were found, it would appear, and it is the opinion of this officer, that each stain and/or positive reaction could have been produced under perfectly normal circumstances.

Rather oddly, this information was never included in the official reports or released to the press. Why would this be? True crime writer and researcher Jason Graziadei has also submitted a Freedom of Information Act request to the Nantucket Police Department for the case files on the Kilcoyne investigation, only to find that the files had gone missing. Whether this is a result of someone trying to bury it all or just incompetence remains to be seen, but it is a curious detail all the same. Whatever the case may be, Dr. Margaret Mary Kilcoyne was declared legally dead in 1989 and the angle of foul play has never been seriously pursued. We are left with a perplexing and deeply odd disappearance for which there are few, if any real answers. What happened to this woman? Where did she go and why? Why did her clothes and belongings suddenly appear like that and what is the meaning of her odd behavior in the days leading up to her vanishing? Does it have any connection at all? No one knows, her case is completely unsolved, and the answers to such questions may never come.