Some strange mysteries can sometimes turn up in the most unlikely of places. Located in the southern portion of the sprawling urban mega polis of Los Angeles, California is the neighborhood of Watts, which borders the cities of Lynwood and South Gate to the east and southeast, and the unincorporated community of Willowbrook to the south. With a reputation of being an impoverished and crime-ridden area of the city, well-known for its street gang activity and the Watts riots of 1965, which resulted in the deaths of 34 people, it is more famous for being a dangerous, forbidding place than for anything else, and it has constantly been depicted as such in media and music. It is an area a lot of nonlocals seem to mostly avoid, and certainly doesn’t seem to be the type of place one would expect to hear tales of the supernatural from, but one very strange such story comes to us from the 1960s, when a bizarre, wolf-like creature allegedly roamed about the city streets here.

One late afternoon in 1961, police were surprised when they began getting a series of calls from frightened Watts residents in a general area centering on East 103rd and Grape Streets. Scared witnesses were reporting that they had seen a strange, dog-like creature lurking about the city streets, sometimes described as walking about on two legs and with the body of a large dog but with the face of a woman. It didn’t make any sense at all, and after the first couple of calls, police thought it was just crank calls or people on drugs, but as the reports kept coming in over the next several hours into the evening hours they started to think that something weird was going on. One Los Angeles Police lieutenant named L.D. Rottier would say of the situation at the time:

At first I thought it was a crank call, but for the next three hours similar calls kept coming in from that general area. I guess a lot of people saw this thing and they all described it as running on all fours and covered hair…But it wasn’t dog, or any other known animal, at least according to the reports. 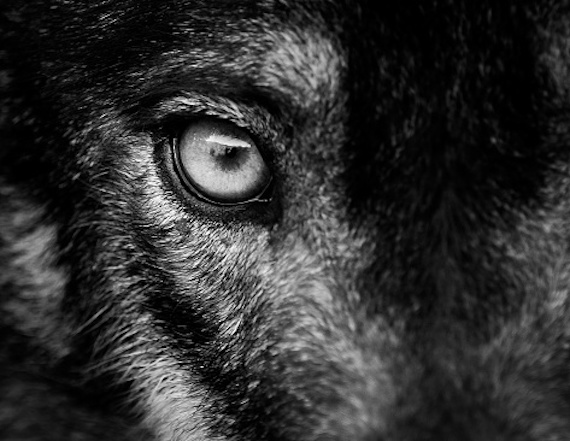 One very strange report of what would go on to be called the “Watts Dog Woman” was given by a witness called “Clifton,” who related his tale to blogger Kevin Wikse. Clifton claims that on that evening back in 1961 he had been walking along when he saw a group of frightened people staring and pointing at something, and when he looked he saw a “a huge dog walking towards him on the sidewalk” with an “unnatural side-to-side gait like it was stumbling.” As it ambled closer towards him, he then noticed the thing’s face, describing it as ape-like. It gets even weirder still, and Wikse describes what happened next:

Clifton expressed how scared he was by this. He quickly crossed the street and was extremely grateful the woman had let him into the yard. Clifton, the woman, and her son watched the creature from behind the gate. Clifton claimed the beast paid them “no mind” as it shuffled by and down the sidewalk. The woman and her son were rattled, and Clifton admitted to being pretty spooked. It was Clifton who suggested they call the police. Before I got off the phone with him, Clifton stated he heard rumors the creature spoke to a man, a notorious pimp, from the neighborhood. The man was later found stabbed to death. Clifton wasn’t sure if the rumor was true. He recalls hearing the pimp was found dead before this happened.

It met with a pimp who turned up dead? Wait, what? What is going on here? The Watts Dog Woman only seems to have been seen for this one night, after which she, it, whatever it was, just sort of vanished just as mysteriously as it had appeared. The story seems to have then slipped into such obscurity that nowadays even Watts locals don’t seem to know about it. However, there are some who have vivid memories of that time and can attest to the tale. One commenter on Weird California by the name of Ronald McRae says of it:

I remember the incident as a child. Living in South Central Los Angeles, it was the talk for several weeks. Very scary. The neighborhood kids were always on the lookout for "The Wolf Woman". I was 7 yrs old at the time, but in recent years have talked to several co-workers that remember the incident as well. One woman I worked with even stated that a member of her church was very upset over the matter at the time, being that it occurred in her very own neighborhood; I believe the vicinity Of 103 Street and Grape. One of the most frightening memories from my childhood, though I lived several miles from there. When playing hide and seek, I was very leery of running into her while hiding in one of my favorite spots. 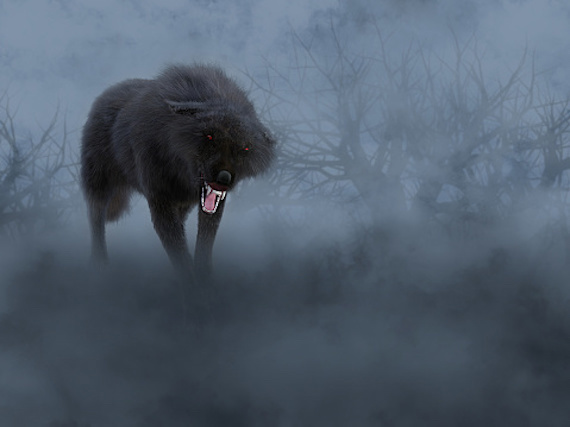 We are left to wonder what this entity could have possibly been. Was it just a deformed dog that was misidentified as something else? Could it have been some sort of supernatural creature or government experiment that escaped from somewhere? Or was it just a sort of mass hysteria fueled by the imagination? Interestingly, Wikse draws a parallel between the Watts Dog Woman and another strange creature that was supposedly seen in the same region, which he calls the “Wolf Ape.” He explains of this:

The Wolf Ape. In particular, in Fresno County, California, the Watts Valley area (interesting connection) is about 250-ish miles north of Watts of the greater Los Angeles area and home to the “Wolf Ape.” The Yokut tribe had stories, and artwork featuring a wolf-bodied creature with the face of an ape, long before the Europeans came. The Yokut state the creature always appears sick, forever coughing and wheezing. Yokut history marks a dwindling presence of the Wolf-Ape before Europeans arrived. European encounters with Wolf-Apes happened primarily during the California Gold Rush (1848-1855). The beast was sighted as far north as Oregon and far south as Arizona. The dog woman of Watts shares many parallels with Wolf Ape. As Clifton recalls, a dog or wolf-like body is an ape’s face. The unnatural gait, or stumbling, supports the Yokut claim of Wolf-Ape appearing to be sick. Watts is only 250-ish miles south of Fresno, CA (a 3 or 4-hour drive). Wolf-Ape sightings in both Oregon and Arizona demonstrate this creature can travel. For me, Wolf-Ape is a highly likely candidate for the identity of the dog woman of Watts.

What was this thing? Was it just some deformed dog, mass hallucinations, an undiscovered mystery monster, or something else? How could something so bizarre creep up on such an urban area to keep the locals so frightened and where did it go off to? It is all a pretty weird piece of lore to add to the already weird place that is Los Angeles.