The Strange Case of the Buddy Holly Curse

The music industry has always been a wellspring of tales of dark forces and insidious curses hanging over it, and certainly one of the most infamous such curses can be tentatively linked to the late, great American musician Buddy Holly. On February 3, 1959, a plane carrying musical greats Buddy Holly, Ritchie Valens, of La Bamba fame, and Jiles Perry Richardson, “The Big Bopper,” best known for his hit Chantilly Lace, crashed during a musical event called The Winter Dance Party tour. It was a horrific tragedy that shook the music world so much at the time that the incident was commonly referred to as “The Day the Music Died.” This was also the beginning of what would be called the Buddy Holly Curse, which would worm out to encompass all manner of misfortune and death.

The ominous cloud hanging over the events of Holly’s death and the alleged curse was already forming before the plane even took off. Not long before the Winter Dance Party Tour, both Holly and his wife, Maria Elena, were allegedly plagued by bizarre, apocalyptic dreams. In one such dream, Maria claimed to have witnessed a cataclysmic fireball that smashed into a field to leave a smoking crater, and in another Holly claimed he dreamt he was in a plane and dropped Maria off on the top of a building with the full intention of coming back for her but never doing so. This dream reportedly deeply disturbed Holly. Other eerie premonitions occurred before that fateful flight as well. In 1958, a sound engineer, producer and songwriter by the name of Joe Meek allegedly warned Holly that he had gone to a tarot card reading and been informed that Holly would die on February 3rd. At the time, Holly sort of ignored it, as the 3rd had already passed, yet he would crash and die on February 3rd the following year.

In the days leading up to the crash, there were numerous mishaps and plentiful bad luck hanging over the Winter Dance Party Tour, such as tour buses breaking down, hotel heaters refusing to work, numerous technical difficulties, and Holly’s drummer, Carl Bunch, getting frostbite in his feet that forced him to pull out of the tour altogether. When the flight finally came, the tiny rented plane did not have enough space to carry everyone. The Big Bopper was able to secure a seat on the plane because he had a bout of the flu and convinced Holly’s band member Waylon Jennings to give up his seat. Valens, who was also sick, was able to board the flight after he won a fateful coin toss against band member Tommy Allsup.

The list of deaths and misfortune attributed to the Buddy Holly “curse” is long. Holly’s wife miscarried their only child shortly after his death, and the vocalist who was hired to replace Holly on the tour, Ronnie Smith, hung himself just a few years after the performance, on 25 October 1962, at the age of 24. Singer Eddie Cochran, who had supposed to have been on the doomed Winter Party Dance Tour, was forever racked with guilt over having been spared, and truly believed that he had somehow cheated death. Perhaps he really hadn’t. On 17 April 1960, a car carrying Cochran, his girlfriend and songwriter Sharon Sheeley, and singer Gene Vincent, blew a tire and crashed on its way to London’s Heathrow Airport for return flight to the States. Vincent injured his leg and Sheeley broke her back and neck in the crash, while Cochran sustained major head injuries that would take his life the following day after being visited by members of Holly’s band The Crickets, who had also played as Cochran’s backing band. He was 22, the same age Holly had been when he had died. Then there was a member of Holly’s band The Crickets, David Box, who went out to attempt a solo career and died in a plane crash, also at the very same age that Holly had died, at age 22.

Joining the long list of deaths is Lloyd Estel Copas, also known as Cowboy Copas, who was a chart topping country singer who had performed with Buddy Holly and the Two-Tones in 1956. On 5 March 1963, Copas was flying in a Piper Comanche with fellow country musicians Hawkshaw Hawkins and Patsy Cline, when the plane crashed near Nashville, Tennessee, killing all onboard. There was also singer Bobby Fuller, most famous for his hit I Fought the Law, which was written by a former member of The Crickets, and he was a massive fan of Holly’s, with one of his songs, Love's Made a Fool of You, written by Holly himself. On 18 July 1966, Fuller was found murdered in a car at his house. The body was in a shocking state, as Fuller had been badly beaten and sprayed with gasoline. Although it seemed most certainly the result of foul play, authorities deemed it a suicide. 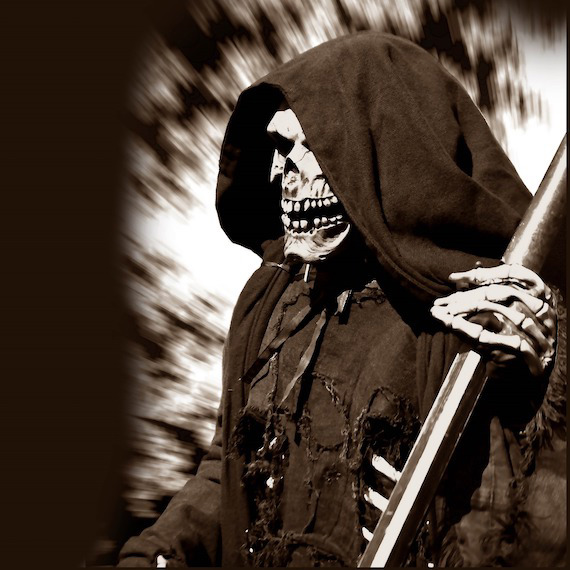 Other people connected in some way to Holly or The Crickets have similarly met bizarre ends. Joe Meek, the recording engineer and producer, who had given Holly the prophetic warning of his death back in 1958, became plagued with depression and grew to be obsessed with Holly to the point that he claimed that Holly’s ghost would visit him in his dreams. It was perhaps this guilt and depression which drove him to kill his landlady and then himself with a shotgun on 3 February 1967, exactly 8 years to the day after Holly’s death. Another death was that of the songwriter Bobby Darin, whose song Early in the Morning was performed by Holly and who also had performed with The Crickets. He would die of complications from heart surgery in 1973 at the age of 37. Continuing the curse was Clyde McPhatter, who had performed with The Crickets in 1958 and died of liver, kidney, and heart failure in 1972. Another tragic event happened when folk singer Phil Ochs, most well-known for his harsh stance against the Vietnam War, was brutally assaulted in 1973, and his vocal chords damaged beyond repair by strangulation. Eerily, the assault came just after he had recorded a tribute to Buddy Holly on his last album, Gunfight at Carnegie Hall.

The rabbit hole of the Buddy Holly curse goes even deeper still. In 1977, a movie about Buddy Holly’s life was released, entitled The Buddy Holly Story and starring Gary Busey, who would win an Oscar for his performance. Shortly before the film’s release, the screenwriter of the film, Robert Gittler, committed suicide and Busey was involved in a motorcycle crash that nearly killed him. Upon the film’s release, on 6 September 1978, The Who drummer Keith Moon went to see the movie with his girlfriend Annette Walter-Lax, after which they went out to dinner along with Paul and Linda McCartney. The next day, Moon was found dead of a prescription drug overdose, strangely on September 7, Buddy Holly’s birthday. 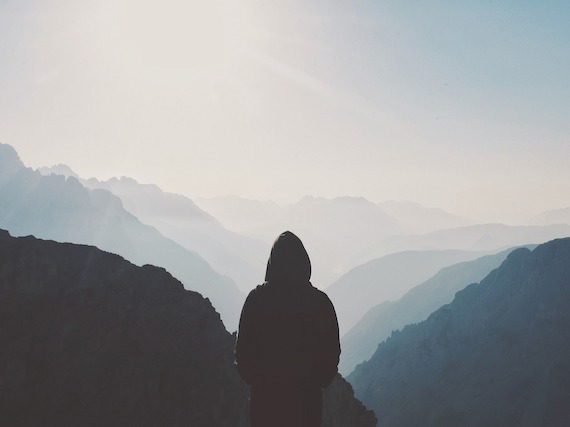 The 80s would see the curse continue. In 1980, John Lennon was shot to death in front of his apartment. The Beatles, which had actually been Holly’s original choice for the name of his band before settling on The Crickets, had been big fans of Holly and had recorded several of his songs, including Words of Love and That'll Be the Day. Also in the 80s was the death of singer and DJ Bill Pickering, who was good friends with Holly’s widow and had sung at his funeral. His band, The Picks, were also overdubbed onto several of Buddy Holly’s songs. Pickering would suffer a deadly aneurysm in 1985. There was also the death of singer Rick Nelson, who died along with his band when the plane they were on burst into flames after an emergency landing. They had just played Holly's Rave On at a concert in Guntersville, Alabama the night before, and Nelson’s final recording was, chillingly, Holly’s True Love Ways.

The sinister happenings continued well into the 90s and beyond. On the 31st anniversary of the crash that killed Buddy Holly, February 3, 1990, singer Del Shannon performed a concert backed by The Crickets and held at the very same place where Holly had made his last performance; the Surf Ballroom Clear Lake, Iowa. Shannon would kill himself with a gunshot to the head five days later at the age of 55. The guitarist and singer for The Small Faces, Steve Marriott, was also apparently targeted by the curse. Marriott was a long time Holly fan, and had even recorded a cover of Buddy Holly’s song Heartbeat in 1969. On 19 April 1991, Marriott was found dead in his room of smoke inhalation after falling asleep with a lit cigarette. One of the creepier deaths commonly associated with the Buddy Holly curse is that of Michael Welsh, the bassist for the rock group Weezer. On the hit album Weezer was the song Buddy Holly, one of the most popular songs on the album. Welsh would go on to leave the group in the wake of a nervous breakdown and be found dead in a hotel room in 2011 at the age of 40.

Is there anything to this all, or is this all just a complicated, interconnected string of coincidences? Can this just be pure chance that so many tragedies have congregated around one figure? Are people reading too much into it? After all, if one looks hard enough, one can always find ways to link completely unconnected events somehow, so is that what is going on here, or is it something more? It is hard to say for sure, but no matter what the case may be, the supposed "curse" of Buddy Holly is a legend that continues to be much discussed, and is a fixture in the realm of strange dark tales from the music world.