The Strange Life and Tale of Old Man Thomas Parr

Throughout history there have been those certain strange individuals who have managed to take their place in the weirdest corners. These people come forth to blur the lines between reality, folklore, and legend, cementing themselves a place within the realm of bizarre hitstorical oddities for which it is nearly impossible to disentangle fact from fiction. One of these must surely be the case of a simple man in England, who had a very extraordinary life and may just be the oldest person who has ever lived.

Our tale takes up back to the 17th century, where there lived an unusual old man at the small rural hamlet of Winnington, in the parish of Alberbury, in Shropshire, England. Known to locals as Thomas "Old Tom" Parr, who was mostly known as being an eccentric old man who allegedly subsisted on nothing but “subrancid cheese and milk in every form, coarse and hard bread and small drink, generally sour whey.” Other than that, he seemed to be a mostly unremarkable, although rather spry for his age, old man who rarely talked to anyone, but then one day he became quite talkative, telling the other townsfolk that he was a lot older than anyone could have ever guessed.

No one seems to be sure quite when or why Parr suddenly began telling his life story, but according to him, he was in fact 152 years old. This certainly had everyone’s attention, because in those days, and even now as a matter of fact, this was a life span that was unheard of, yet Parr was perfectly serious when he told his tale. According to him he had been born near Wollaston in 1483, during the second reign of Edward IV during the final years of the War of the Roses, after which he had served in the military in 1500. By his account he would marry his first wife at the ripe old age of 80 and have two children who sadly died in infancy, and during his marriage he apparently had an affair at the old age of 105, fathering an illegitimate child for which he had to do public penance. His first wife had then died when he was 110, after which he claimed to have married his second wife, a widow by the name of Jane Lloyd, at the age of 122. According to him, he was still youthful and healthy even at such an advanced age, and that he had decided to settled down and live out the rest of his days in Winnington.

At the time these claims of such an old age fascinated the community in an era in which the average lifespan was the 40s or 50s, and the story spread like wildfire, making Parr, now being nicknamed “Owd Parr,” a bit of a celebrity. The story began to spread out past the confines of the village, making it all the way to London, where it caught the attention of a Thomas Howard, 21st Earl of Arundel. Howard was so enthralled with the story that he travelled out to Shropshire to meet with Parr, who convinced him that it was all totally real and that the old man was a genuine, miraculous medical anomaly. Indeed, Howard was so intrigued by the old man, who he called a “curious piece of nature,” that he began making arrangements to bring Parr back to London in order to meet with King Charles I.

When they left on their journey to London, they were joined by Parr’s daughter-in-law, who completely vouched for his story, as well as a man called “Jack the Fool,” a sort of entertainer and court jester whose main job was to keep Parr entertained during the long trip. Along the way, they were mobbed by curiosity seekers looking to get a peek at the man in his 150s, and these crowds and the excitement only got bigger the closer they got to London, where the news of Parr had already made him a bit of a sensation and a sort of wonder of the world. In London, he was treated like royalty and even had his portrait painted by the famous artists Peter Paul Rubens and Anthony Van Dyck. Parr was also brought before King Charles I, who asked him what his greatest deed was through his long life, and which he replied to by saying that he had been able to repent for all of his sins. There was much speculation at the time as to how he had lived so long, with many crediting his meager, simple diet or the peace and fresh air of the countryside where he lived. 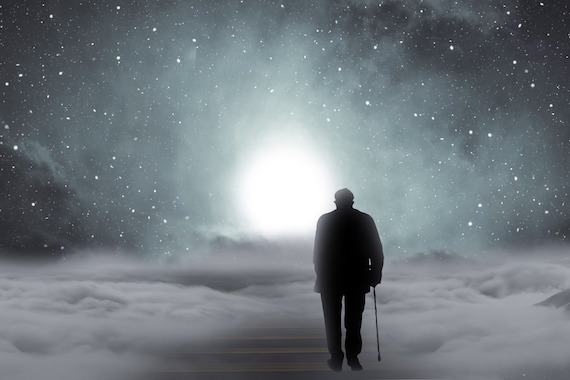 As popular as Parr was in London, being there seemed to have had some negative effect on him. The once very old but vigorous man began to sort of wither away, losing his eyesight, having trouble breathing or walking, and in a sense seeming to age at a rapid rate. He began to look as frail and ancient as one would expect of a 152-year-old man, and within weeks he was dead. When the King had him examined by his personal physician, who also happens to be the doctor who discovered the circulation of the blood, Dr. William Harvey, it was found that his organs were in a perfect state, and that he had likely died not of old age, but of pneumonia brought about by London’s polluted air, as well as possibly the stress of city life and the new food he was eating. Harvey was not completely convinced that Parr was really 152 years old, but he never really officially denied it or argued with it either, and his autopsy report would be titled “Anatomical Examination of the Body of Thomas Parr, aged 152 years.”

Owd Parr was buried in Westminster Abbey on November 25, 1635, in a funeral arranged by King Charles I himself. At the time, there was no real skepticism about the claims of his incredible age, with people just sort of accepting the story, as fantastic as it sounded, and his gravestone dutifully listing his age as 152, as well as the ten monarchs whose reigns he had allegedly lived through. We are left to wonder just how much of his story was true. Did he really live to be 152 years old, or was he just a very talented storyteller? Unfortunately, there is no real way to really know, as birth records in those days were spotty at best, and only kept in registries of the parishes, and no concrete records are available to prove it one way or the other.