The Strange Mystery of the Shapira Scrolls

There have always been those strange manuscripts that have crept out of the darkness to challenge what we think we know. Throughout history many lost texts, scrolls, and manuscripts have been uncovered in the remote places of the world, often clashing with our preconceived notions of history and moving the gooalposts, so to speak. One of these was a supposed ancient biblical text that was uncovered in a cave, which went on to create big waves in the fields of archeology and biblical studies and which has been debated to this day.

In 1883, an antiquities dealer in Jerusalem by the name of Moses Wilhelm Shapira made huge waves when he came forward with what he claimed was an amazing ancient biblical manuscript found in a cave along the Wadi Mujib river, or the Arnon Stream as it was known in biblical times, near the Dead Sea in what is now Jordan. The manuscript itself was in the form of fifteen rather blackened old leather strips, upon which was inscribed in Paleo-Hebrew script what was claimed to be an early version of the Book of Deuteronomy, according to him possibly even the copy owned by Moses himself, and even contained a new line to the 10 Commandments that read: "You shall not hate your brother in your heart: I am God, your god." According to Shapira, the scrolls came from the period of the First Temple, predating the Babylonian Exile, which would make them the oldest Biblical text known.

Exactly how he came into possession of what would go on to be called the Shapira Scrolls, also known as the Shapira Strips or Shapira Manuscript, was a bit murky, but Shapira himself claimed that he had heard from a Bedouin Sheik one day that the mysterious manuscript had been found out in a cave out in the desert. He would say of how he came to get the scroll in a letter to Polish-born British Bible scholar Christian David Ginsburg:

In July 1878, the Sheik Machmud Arakat, the well-known chief of the guides from Jerusalem to the Jordan, paid me the customary visit . . . as the Sheik had Bedouins of the East in his house, he brought them all with him. I heard the next day . . . some men of his acquaintance had hidden themselves, in the time when Wali of Damascus was fighting the Arabs, in caves hewn high up in a rock near the Modjib. They found there several bundles of old black linen. They peeled away the linen and . . . there were only some black inscribed strips of leather, which they threw away (or I believe he said threw into the fire, but I am not certain); but one of them picked them up. I asked the Sheik to employ him as a messenger to bring me some of the pieces that I might examine them, but the Sheik thought that that man would not do it, but he knew a man who was not superstitious at all . . . In about twelve days I got four or five columns . . . in eight days more he brought me about sixteen; in eleven or twelve days more four or five . . . I have not seen the man again. The Sheik died soon, and I lost every trace that would enable me to follow the object further.

Shapira had then apparently taken the fragments and spent some years studying them before finally coming forward with his findings, after which they became an immediate sensation, splashed across headlines all over Europe. In the meantime, although the public was eating it all up, he was having difficulty getting the attention of any real actual experts on the matter. He sent copies of the scrolls to various German scholars and experts in an effort to authenticate the find, but the scrolls were near unanimously denounced as forgeries. In particular, Shapira approached the German Protestant theologian and orientalist Hermann Leberecht Strack, who was the foremost Christian authority in Germany on Talmudic and rabbinic literature, but Strack wrote him off completely as a charlatan and forger. The Royal Library of Berlin even offered to purchase the scrolls from Shapira, not because they thought they were real, but so that students could study how the forgery was done.

It was understandable that the scrolls would get such a negative academic reaction, as Shapira had already gained a reputation as a forger. He had once tried to sell a bogus “coffin of Sampson,” and he had also been caught selling 1,700 fake figurines to a Berlin museum, so he was already suspicious from the start, but he insisted that this was the real deal and brought the scrolls to London and offered the treasure to the British Museum for a million pounds and allowed them to put two of the fragments on display, where they were viewed by droves of people and even the Prime Minister William Gladstone. However, once again they were largely denounced as clever forgeries by experts, and when the prominent bible scholar Christian David Ginsburg examined the scrolls, he too dismissed them as fakes. The whole experience had left Shapira disgraced, and he would write to Ginsburg:

You have made a fool of me by publishing and exhibiting things you believe to be false. I do not think I shall be able to survive this shame. Although I am not yet convinced that the manuscript is a forgery. 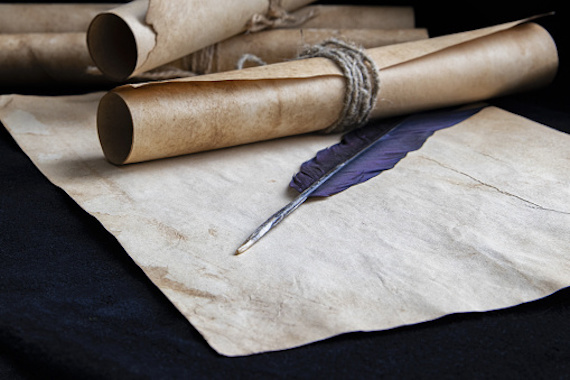 He fled London to Amsterdam, and throughout it all he continued to maintain that the scrolls were real, begging Edward Augustus Bond, principal librarian of the British Museum, as well as Ginsburg, to reconsider their stance, but they stood by their verdicts. Disgraced and in great shame, his discovery denounced as fake by nearly every scholar and expert who looked at it, Shapira would shoot himself dead in 1884. After that, the British Museum sold the fragments for next to nothing and they were last seen in 1889, after which they seem to have vanished without a trace for good. Without the actual manuscript to study, the Shapira Scroll has managed to remain quite the mystery, with some debate in more recent years that has reignited the discussion on whether the scroll was real or not and the answer not really as clear as what it was once thought to be.

One expert in recent years who believes that the Shapira Scroll should be reevaluated is Idan Dershowitz, an Israeli-American scholar at the University of Potsdam in Germany, who believes that not only is the scroll real, but that the fragments could possibly have been the oldest known biblical artefacts ever discovered. Dershowitz has pored through archival, linguistic and literary evidence using modern biblical study techniques, and reconstructed the text from the original 19th century transcriptions and drawings in order to paint a picture that he claims shows the scroll was authentic. He also perused Shapira’s papers at the Berlin State Library and claims to have found three handwritten sheets that appear to show Shapira was trying to translate the text on his own, with many notes, calculations, and crossed-out errors. To Dershowitz, everything he has found points to the discovery being the real deal, and he has said that the way they were at first dismissed as fake is a “tragedy for both Shapira and the entire existence of the discipline of Bible studies.” He says of it:

It’s amazing because it gives you a window into Shapira’s mind. If he forged them, or was part of a conspiracy, it makes no sense that he’d be sitting there trying to guess what the text is, and making mistakes while he did it. It’s mind-boggling that for almost the entire existence of the discipline of Bible studies, this text that tells us more than any other manuscript discovered before or since hasn’t been part of the conversation. As someone who spends all day reconstructing source texts, I've often daydreamed about actually finding one. But I didn't think about it as something that could actually come true. 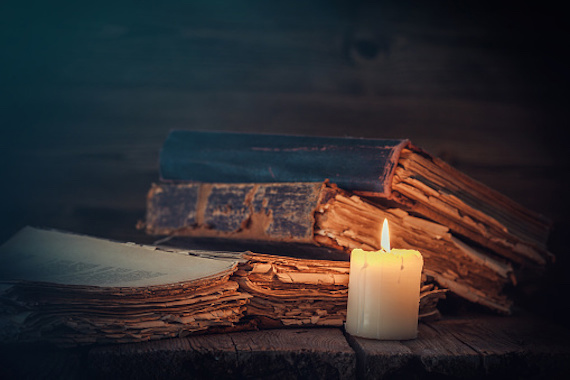 Dershowitz, who has written a paper on his findings in the journal Zeitschrift für die alttestamentliche Wissenschaft, called The Valediction of Moses: A Proto-Biblical Book, also believes that portions of the scroll still exist somewhere, and that if found they could answer the question once and for all. Other scholars continue to maintain that they were a hoax and fabrication, either by Shapira himself or as part of some larger conspiracy, with two vocal critics of the manuscript being biblical scholars Ronald Hendel of the University of California, Berkeley, and Matthieu Richelle of the Université Catholique de Louvain, in Belgium. In the end, without the actual scrolls to study it remains firmly in the realm of speculation, with us forced to work with merely 19th-century photographs, script charts, notes, and drawings of the scrolls. In the end we are left with a lot of what-ifs, of which New York Times writer Jennifer Schuessler has mused:

The Shapira story is trailed by a tantalizing swirl of what-ifs. What if someone with a less checkered reputation had found the fragments? What if Shapira hadn’t committed suicide? What if they hadn’t been lost — or had first surfaced 80 years later, after the Dead Sea Scrolls, when scholars might have viewed them differently? And of course, what if they really were forgeries?

Although the Shapira scrolls have largely been forgotten and are thought of by many as being faked fogeries, they still manage to remain in the discussion. It has never really been proven either way whether they are real or not, and they remain a strange footnote to biblical studies and archeology. Was there anything to this discovery or is it all fabrication and fakery? Without the vanished scrolls themselves we will never know for sure.

More on the Matter of UFOs and the Loch Ness Monster: M.I.B. and Creatures