The Strange Saga of the Bizarre "Country" of Sealand

What makes a country? Is it the people, the government, the culture, or what? Can anyone lay claim to a place to make it sovereign state and hope to be accepted by the world community? These are intriguing questions that have repurcussions for us all, and while the answers might not always seem to be clear, there have been some who have pushed at the boundaries of such debates. One of these is a man who one day decided to take over an abandoned sea fort and go on to begin an experiment that would push at the fringes of what we consider a nation, and involve all of the trimmings including coups, invasions, and diplomatic relations.

What would one day go on to become known as The Principality of Sealand began life during World War II, constructed by the United Kingdom as am anti-aircraft naval sea fort to protect shipping lanes against German mine-laying aircraft, and was one of a series of similar forts built seven miles off the coast of Suffolk, in southeastern England, collectively known as the Maunsell Forts. Called HM Fort Roughs, or more casually as the Roughs Tower, the hulking metal and concrete structure consisted of an enormous floating pontoon base with two gigantic hollow towers joined by an expansive deck, which was then towed to its position and the base sunk to the bottom to anchor it. During the war, it was occupied by 150 to 300 Royal Navy personnel, before being decommissioned in the 1950s along with its brethren. However, it’s life was far from over. 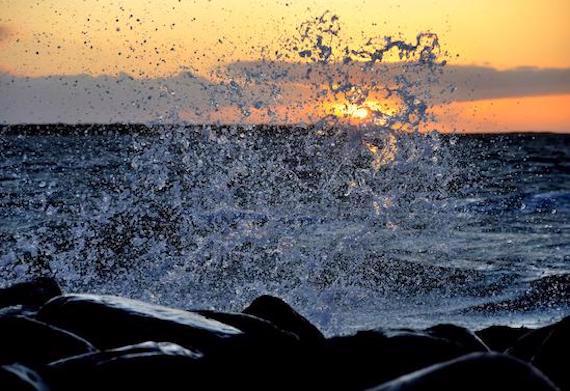 Despite the fact that the towers were in international waters and should have been demolished after they were decommissioned, they somehow remained, and in the mid-1960s a group of DJs moved in to set up illegal radio stations there that got around the monopoly that the BBC had on the airwaves at the time. One of these was an enterprising pirate radio broadcaster by the name of Paddy Roy Bates, who moved to one of the forts in 1967 to set up his own pirate station called Radio Essex. Bates was sort of a jack-of-all trades businessman who dabbled in fishing, importing rubber, selling seaweed, and operating a chain of butcher shops, among other things, and he had sort of gotten into this pirate radio thing on a whim. At the time, the towers were jealously guarded by the various DJs who were squatting there, at times even having turf wars complete with gunfire and Molotov cocktails, and Bates spent more time fighting off rivals that actually broadcasting. Nevertheless, he set his sights on another tower farther out at sea; Roughs Tower.

In September of that year, Bates and his son Michael were able to strong arm another DJ operation off of the fort, a Jack Moore and his daughter Jane, who operated the pirate station Wonderful Radio London. Although he had all of his radio equipment, Bates would never actually broadcast from there, instead envisioning it as an opportunity for some grand lucrative venture such as a casino, hotel, or television station. Despite not really having a plan and not really knowing what he wanted to do with the isolated fort, he decided to stay put, declaring it to be a sovereign nation he called the Principality of Sealand. To this effect, he proclaimed that he was the Prince of Sealand and that his wife Joan was its princess. Although it sounds almost like a joke, Bates took this all very seriously, and it would only get weirder from there.

In 1968, British workmen with the Royal Navy came near Sealand to service a navigational buoy near the platform. Bates took offense to this, as he considered it to be in his “territorial waters,” which prompted Michael Bates to try and scare them off with warning shots from a firearm. Now, despite Bates’ insistence that Sealand was an independent nation, he was still legally a British citizen, and so he was brought to the mainland to be tried on firearms charges. The case would be thrown out when it was deemed that since Sealand was located beyond the then 3-nautical-mile limit of the country's waters, it was technically out of England’s jurisdiction and the case could not proceed. This only affirmed to Bates that Sealand was indeed a sovereign nation, and he doubled down on the whole concept. This included introducing a national flag, a national anthem, a currency and even passports, official motto of E Mare Libertas (From the Sea, Freedom), and even their own constitution, as well as appointing various official positions of authority, such as Sealand’s Prime Minister and other political positions to his family and associates. In the meanwhile, Bates bombarded embassies all over the world demanding international diplomatic recognition as a separate state, all of which were mostly met with shrugged shoulders and raised eyebrows.

At the time it was all quite the odd curiosity, featured in many news stories that even often described the Principality of Sealand as an actual functioning micro nation, despite the fact that no other sovereign country officially recognized it as such. Nevertheless, they continued to issue passports and act as if they were, and just as with many other countries they faced some international turmoil and even attempts at a coup. In 1978, then Sealand’s minister of foreign affairs Alexander Achenbach, a German lawyer who held a Sealand passport, hired a group of mercenaries to invade due to a disagreement with Bates over turning the place into a luxury hotel and casino resort.

Bates had big plans to turn the “country” into a lucrative business, ultimately envisioning a complex of other forts that would hold a miniature city including post offices, duty-free shops, a casino, drugstores, heliports, hotels, apartments, an oil refinery, a lounge and restaurants. Achenbach disagreed with this direction and was having none of it, so he planned to take it by force. At the time, Roy Bates and his wife were away, and an invasion was launched, including speedboats, personal watercrafts and even helicopters. The group of mercenaries quickly stormed the fort and took Michael hostage, beating him up and locking him into a room, where he languished in the cold dark for three days. Michael would later say of this in an interview with the BBC:

They did let me out at one point, but I ended up fighting them on deck. They tied my hands together, my elbows together, my knees together, and my hands down to my knees, and they picked me up and said, ‘Let’s throw this bastard over the side.’ But they threw me back in the room and left me tied up.

The captors then took Michael to the Netherlands and dumped him there without any money, after which he was able to flag down a passing vessel and get back to England. There he reunited with his father and mother and they went about a plan to attack the fort and repel the invading force. To this end they gathered up a group of friends and armed them, planning to fly into Sealand on a helicopter and actually rappel onto the deck to fight off the occupying force like something out of a damn action movie. They did exactly that, descending onto the platform with a shotgun blazing, causing the invaders to surrender and be thrown into the brig. Achenbach, who was a citizen of Sealand, was arrested for treason and tried by a tribunal. Germany sent a diplomat to intervene, and after several weeks of negotiations Achenbach was freed. Bates would consider the visit by a German diplomat to constitute de facto recognition of Sealand by Germany, which only further emboldened him to continue on his bonkers crusade. Incredibly, Achenbach and his associates formed an actual shadow Sealandic government-in-exile, sometimes called the Sealand Rebel Government or Sealandic Rebel Government, back in Germany.

Sealand continued to act as a sovereign nation, setting up Sealandic embassies and consulates around the world and issuing hundreds of official-looking passports. Although these were not recognized by other countries and therefore not valid for international travel, basically worthless, they managed to cause trouble when an international money laundering ring began using the sale of fake Sealand passports and degrees from universities supposedly based on the Principality of Sealand to finance drug trafficking and money laundering from Russia and Iraq. The sale of these passports was apparently very lucrative, fetching as much as $1,000 dollars apiece. Indeed, various scams associated with all of this fake Sealand paperwork involved more than 80 people from all over world. Much of this was done by a shady group operating out of Madrid and backed by Achenbach and his rebel government, and Achenbach had been really pushing his whole role as a Sealandic official, with his group even trying to use fake Sealandic diplomatic immunity and license plates. The Bates were even accused of being complicit in crimes carried out by passport holders, including a murder, and it all got to be so much that they revoked all Sealandic passports in 1997.

Sealand would inevitably soldier on, surviving several more armed attempts to invade the platform, a major fire, and even an attempt by the British government to blow the place up. They would raise money by issuing coins and postage stamps and selling titles through its website, as well as with the establishment of an offshore Internet data haven. Roy Bates would pass away in 2012, making Michael Sealand’s acting "Head of State,” and although he does not live there, he has continued to administer Sealand right up to the present, with the platform itself inhabited by caretakers. They still continue to insist they are a country, and even have their own official national athletes who hold newly issued passports, such as the Sealand National Football Association, and although Sealand holds the Guinness World Record for "the smallest area to lay claim to nation status,” their legal status as such is a bit murky. In 1987, the United Kingdom extended its territorial waters to 12 nautical miles, making Sealand fall into its territorial waters, and the government there has never really seriously considered this man made sea fort to be an actual nation.

In the present day, Sealand is fully equipped with wind turbines, solar panels, a multi-faith chapel, a recreation room with a pool table and gym equipment and a meeting room with a whiteboard. It is all well-maintained, accessible through a winch system that hoists people up, and they mostly seem welcoming to anyone who is invited. Is it an actual soverign country? That is a tricky one to answer, as what really constitutes a country? Can anyone proclaim their own house to be a seperate country? Unlikely. Sealand populates a legal gray area and has managed to become one of the most enigmatic little places on earth, and no matter what anyone thinks of its country status it is certainly a wild tale, indeed.

Animal Mutilations Across the Pond: It's Not Just a U.S. Phenomenon