There have long been those strange individuals who have managed to captivate and spread bizarre conspiracy theories. This is the realm of cult leaders, hucksters, and fake messiahs, and it seems we have never been short on them. Over the ages such individuals have managed to come forward with some pretty outlandish claims, often bringing in a following and putting forth ideas that are at the same time absurd and mesmerizing. One of these must surely be a man who came from Canada out of obscurity to fully entrench himself into a world of paranoia and weird conspiracy theories involving governent plans, the New World Order, and giant space laser beams.

Born in 1945 in Quebec, Canada, the man known as Serge Monast was a journalist, poet and essayist, as well as an active member of the Social Credit Party of Canada and an outspoken advocate of free press, which would cause him to eventually found the International Free Press Agency. Although he was an active voice in the Canadian journalism scene and a headache for politicians, he was relatively unknown outside of Canada until the 1990s, when he began to gain notoriety for his far-out conspiracies involving UFOs and weird secret government plans to redesign and control society as we know it.

Throughout the 1980s, Monast had been becoming increasingly paranoid and unhinged, his publications increasingly rambling about all manner of insane government plots. His work during these years heavily focused on various conspiracies revolving around secret societies, government black-ops, and the New World Order, or the idea that a secretive cabal of the powerful elite with a globalist agenda is conspiring to eventually rule the world. He was very outspoken in repeatedly warning the public of the dangers of World Government, speaking out to whoever would listen and appearing on numerous radio and TV programs where he either appeared as a genius or a raving lunatic, depending on who was listening. All of this came to a head in the 1990s, when Monast would come up with his most bonkers theory of all.

In 1994, Monast came forward with his supposed years of research on a world government plot he called “Project Blue Beam.” According to Monast, Project Blue Beam was a plot launched by the National Aeronautics and Space Administration (NASA) and the United Nations, in which they planned to enact an insidious technologically simulated Second Coming of Christ in order to mind control the population and implement a New Age religion with the Antichrist at its head, with the aim of starting a New World Order through a series of four increasingly bizarre steps utilizing advanced technology and psychological warfare techniques.

According to Monast, it was all supposed to start with what he called the “breakdown of all archaeological knowledge,” in particular any archeology pertaining to religious artifacts. In order to do this, the government would utilize top secret advanced weapons that could cause earthquakes at strategic locations. These earthquakes would then unearth various artifacts that would somehow provide evidence to falsify and discredit the teachings of all major religions. Monast himself would explain of it, “Step 1 deals with the setup of earthquakes at certain precise locations of the planet where supposedly new discoveries will suddenly explain the wrong meaning of all major religions’ basic doctrines.” So far, so weird, but it gets even better with step 2, which would supposedly use giant space lasers mounted on satellites to produce a 3-D holographic light show that would essentially simulate a second coming of messiahs from the world’s major religions, apparently to seduce people into believing in the new god. Here, let Monast explain it:

The show will consist of laser projection of multiple holographic images to different parts of the world, each receiving a different message according to predominating regional/national religious faith. From the depths of space, astonished followers of the various creeds will witness their own returned messiah in spectacularly convincing lifelike realness. All of these depictions of the messiah will then merge into one. This one god will in fact be the anti-Christ who will explain the various scriptures have been misunderstood, that the religions of all are responsible for turning brother against brother, nation against nation; therefore the world’s religions must be abolished to make way for the Golden Age. 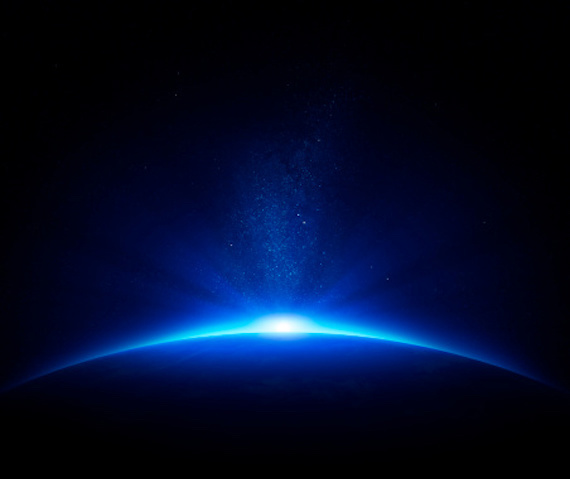 When this was done, Project Blue Beam would then move on into Step 3, which would involve using low frequency radio waves and “microwave beams” to telepathically communicate with humans in order to trick them into thinking they were getting messages directly from God to better shape their beliefs to match those taught by the New World religion. All that would be left to do after this would to be to stage some apocalyptic catastrophe that would make people desperate to follow whoever was able to save them from doom, in this case the New World Order and its world religion. The events that would be stimulated would take various surreal and downright bizarre forms, ranging from an alien invasion to demons running amok. Monast would explain of this:

One is to make mankind belief that an alien invasion is about to strike down on each major city of the earth. The second is to make the Christians believe to a major rapture with the supposedly divine intervention of an alleged good alien force coming to save the people from a brutal satanic attack. The third orientation in the fourth step is a mixture of electronic and supernatural forces … the goal of this one deals with global Satanic ghosts all around the world in order to push all population on the edge to drown into a wave of suicide, killing and permanent psychological disorder.

The New World Order would then step in, save everyone from Armageddon, and bam, world domination. By 1995 and 1996, Monast was claiming that he was being constantly followed and spied on by everyone from NASA to the CIA, and he further spiraled into a morass of paranoia even as he published numerous books and articles on the matter and gained a mass of followers. Monast even claimed that certain government agents were trying to kill him using “psychotronic weapons,” and when he died in December 1996 from a heart attack after spending a night in jail his followers began rumors that Monast’s enemies had assassinated him with these mysterious weapons in order to silence him. 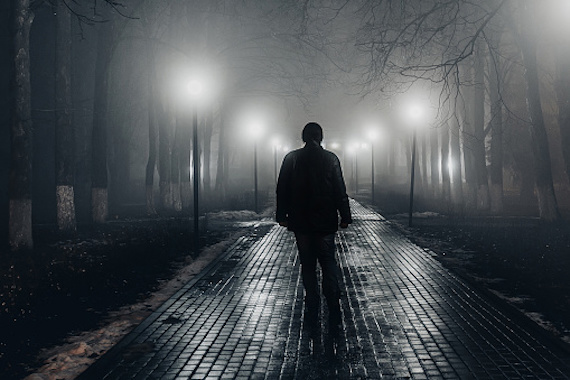 As far as conspiracy theories go, it is all pretty wild, but in addition to sounding very much like the rantings of a disturbed individual, in later years it has been pointed out that Monast likely ripped his idea off from the late Gene Roddenberry, of Star Trek fame. Specifically, it has been pointed out that Project Blue Beam is nearly identical to a story Roddenberry had originally envisioned to be the basis of Star Trek: The Motion Picture, and involved aliens trying to invade the Earth by sending religious leaders created via technological simulation with the aim of shattering the faith among people so that they could spread their own religion. Although the idea was scrapped, it would live on in various iterations within the world of Star Trek. The idea here is that Monast lifted this idea, either intentionally or being fed it by someone else to discredit him or for some other agenda, and this took on a life of its own to spawn Project Blue Beam. Commenter Paul Forshaw explains it well on the site Quora, saying:

It was based on a script for the unmade series Star Trek: Phase II, though elements of the script were broken up and were featured in other Star Trek projects, most notably The Motion Picture, the novel ‘The God Thing’ and the episode from The Next Generation ‘Devil’s Due’. The details of which appeared in ‘Gene Roddenberry: The Myth and the Man Behind Star Trek’.

The similarities between Monast’s fantasy and the Star Trek scripts were so obvious, even the most fanciful believers in the UFO community, to their credit, recognized it for what it was, though they were undecided whether Monast concocted Blue Beam as his deliberate hoax, whether it was an unconscious act due to his failing mental health, having watched the ST:TNG episode in 1994, or read the book, or whether he was fed the story to ‘destroy his credibility’, either by a hoaxer, or to take the line of the more paranoid UFO investigators, by the authorities.

Whatever the case, there’s little doubt that the original basis for Blue Beam was Star Trek. The story was just localized to Earth and given a few flourishes that smack of schizophrenic invention. That was all over 20 years ago though and had largely been forgotten, but then idiots got internet access and every old fairy tale and debunked myth has resurfaced and been repackaged into many paranoid conspiracy fantasist's interpretation of 'the big picture.’

Despite all of this, to this day there are still people out there who believe Project Blue Beam is real and even already underway, and copies of Monast’s books can still be found floating around online. What are we to make of this guy and his wild ramblings? What drove him and what did he really know? In the end, he is another one to throw onto the pile of the many conspiracy theorists out there with some wild stories to tell.