Some of the most unassuming places sometimes hold deep secrets and amazing stories of the strange. Located out in southwestern New York State, about one hour southwest of Buffalo and halfway to the Pennsylvania border is a charming little hamlet full of quaint little Victorian cottages, white picket fences, narrow tree-lined lanes, known as Lily Dale. With a year-round population of only around 275, it is a peaceful little slice of small-town Americana that many could just drive right on by without giving much notice. Yet, actually walking through the town shows that it is far from your typical little placid hamlet, as Lily Dale is completely populated by psychics and is often called the Spiritualist capital of the world.

The town of Lily Dale originally got its start back in 1879 as a sort of summer retreat for Spiritualists to get together, then called the Cassadaga Lake Free Association. Back then in the 19th century Spiritualism was in full swing, with spirit mediums and séances all the rage and it sometimes seemed as if there was some form of psychic or medium on every corner. The idea of communicating across the divide between life and death was proving to be an irresistible lure for many, with a far-reaching fascination with the afterlife, ghosts, and spirit world. New York in the late 19th century was a hotbed of Spiritualism, and these mediums and Spiritualists would congregate during the summers at Lily Dale, back in those days little more than a ramshackle collection of tents, with the purpose of “furthering the science, philosophy, and religion of Spiritualism.” As the congregation grew, the name was changed to The City of Light in 1903, and finally to Lily Dale Assembly in 1906.

In 1915, Lily Dale quickly rose to prominence when three sisters and immensely famous Spiritualists from Rochester, New York known as the Fox sisters moved their cottage from Hydesville, New York, to Lily Dale. At the time this was a major coup for the budding town of Spiritualists, because this cottage was famous for the sisters communicating with the spirit world through raps and bangs, which would later be found to have been a hoax but at the time it was a phenomenon that had made them internationally famous and major fixtures in the world of Spiritualism. They were the rock stars of the movement at the time, and so with their relocation to Lily Dale and the rising popularity of Spiritualism in general, the town quickly thrived. Before long psychics and Spiritualists were flocking there to live there permanently, with all manner of mediums, fortune-tellers, spiritual healers, and other psychics setting up shop here and making Lily Dale was a major destination for people looking for their services. The town even built a hotel and auditorium, as well as a bowling alley and even a Ferris Wheel for a time.

Lily Dale became so popular and prominent that it survived even into later years when Spiritualism began to fade in popularity, becoming possibly the world’s largest center of Spiritualism right up to the present. In modern times, practically everyone who lives in the town works as a medium or in some sort of psychic capacity, with some pets even said to be psychic, and they cater to the approximately 20,000 visitors who come here every summer for classes on mediumship, spiritualist studies and topics within the subject of the paranormal, workshops, seminars, lectures, mediumship demonstrations, lectures, private appointments with mediums, spiritual healing sessions, and séances, or as mediums and psychics themselves who want to rub elbows with others of their kind or people with similar interests. While among them are the typical scammers and charlatans, some of the psychics here have something more to them, and have proven to have very impressive unexplained abilities that have even intrigued skeptics. One writer and skeptic by the name of Pamela Hutson has written of her strange experience with a spontaneous, unplanned walk-in experience with a reader named Carol Gasber at Lily Dale in a report entitled “My Psychic Reading With a Lily Dale Medium,” in which she writes:

We would just have a normal conversation during which she would convey any messages from Spirit that came through. The first two messages she conveyed were from my father and my mother, both of whom really are deceased and have been for a long time. I did not tell her this or ask to hear from them. The messages from my folks were general and positive at first…I was a bit skeptical because I had a very troubled childhood. She said my father hoped I knew that he behaved the way he did in life because that’s how he was raised…the longer she talked about him and what he was saying to her, the more it sounded exactly like my dad. Then, the stunner. She came up with the name of a guy who died when I was about…a name, a date, the method of death, and at this point she still didn’t even know my name. Come to think of it, I never did tell her my name. 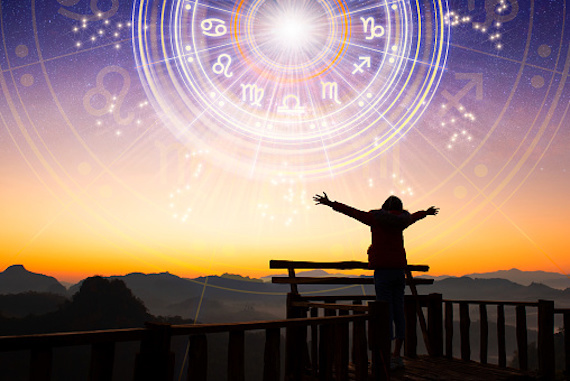 Here one can find not only mediums and psychics, but also a wide variety of shops selling crystals, herbs, charms, amulets, and all manner of new age paraphernalia, as well as bookshops selling various books on paranormal topics, and there is a Spiritualist museum and an expansive library boasting one of the largest Spiritualism collections in the country. There are also hiking trails, campgrounds, picnic grounds, a recreation area, and a lake front beach for swimming and sunbathing, as well as two hotels, guesthouses, two eateries, and a café. It’s pretty amazing for what started out as a tiny group of tents that somehow managed to power through an era when Spiritualism was dying to emerge in a day and age when it is more accepted and popular in the mainstream. One permanent resident and medium by the name of Celeste Elliot has said:

At one time Lily Dale was pretty unique because this type of thing was seen as not a normal thing to do. It's everywhere now. They're coming willingly, and they really believe in it, as well. I never thought I would see the day where I would turn on the television and somebody out of Hollywood would be talking about carrying around crystals, or going to a meditation retreat. That's a big part of who we are now.

In addition to all of these psychics there are other curious phenomena surrounding Lily Dale. Some of the buildings are said to be haunted, there are some paintings that allegedly painted themselves and are on display, and a 10-acre patch of nearby old-growth woodland is said to hold some sort of energy vortex. People who have visited have claimed that the area holds a certain healing effect and intense psychic energy, and it generally just seems to be a strange plce to be. What is going on with this little town and why has it attracted so many psychics and mediums? Is there anything to this all or is it just a tourist gimmick? It might be worth your while to make a trip out there and check it out for yourself.