This Historic “Spook Light” Display Might Have an Intriguing Explanation

Beginning in late 1811, frequent appearances of strange lights had begun to occur in the region surrounding New Madrid, Missouri. Sightings of the odd nocturnal displays, likened to plumes of fire, flashes of light, or even floating luminous orbs, were being reported throughout parts of Missouri and several other neighboring states. The strange luminous phenomena, which continued well into 1813, was also notable for the fact that it seemed to appear accompanying another kind of natural phenomenon: earthquakes.

“There issues no burning flames,” wrote United States Senator Lewis F. Linn in a letter to the chairman of the Committee on Commerce about the phenomenon, describing his observation of the lights as “flashes such as would result from an explosion of gas, or from passing of electricity from cloud to cloud,” noting that sudden shaking from aftershocks were accompanied “ever anon by flashes of electricity, rendering the darkness doubly terrible.”

In another account of this display, an observer likened the strange lights seen accompanying tremors in Missouri to “many sparks of fire emitted from the earth.” 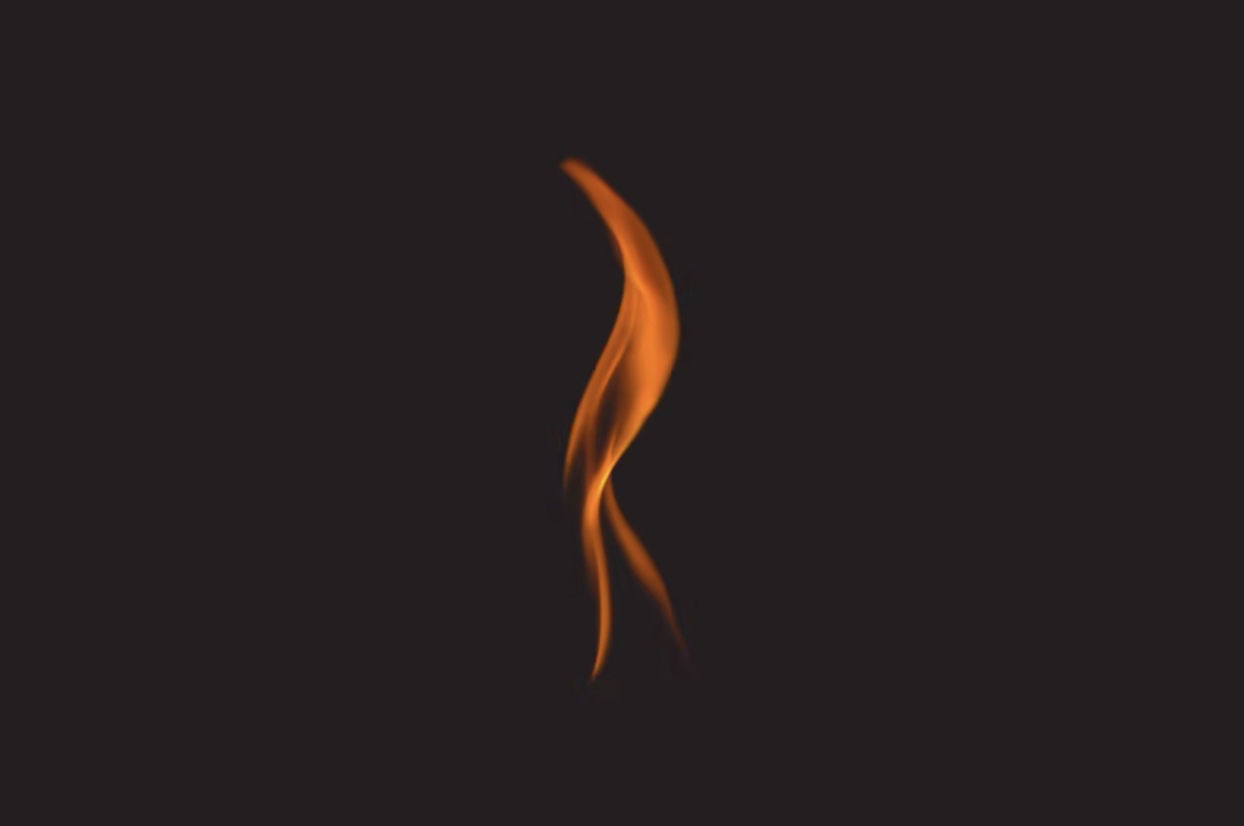 As far away as St. Louis, observers said they could see flashes of light across the horizon which otherwise might have resembled lightning, although some of these appeared to ascend in “plumes” upward from the earth around the time of the tremors in the region.

Another account from a Mr. Riddick of Livingston County accompanied a shock that occurred in the cold weather months of February 8, when he observed a “remarkably luminous” group of objects that were fully visible in the clear darkness of a moonless night.

“On this occasion the brightness was general,” Riddick said of the observation, “and did not proceed from any point or spot in the heavens.”

“It was broad and expanded, reaching from the zenith on every side toward the horizon,” Riddick later wrote, adding that the light “exhibited no flashes or coruscations, but, as long as it lasted, was a diffused illumination of the atmosphere on all sides.” Meanwhile, observers at Bardstown around the same time had told of seeing “frequent lights during the commotions” involving the earthquakes in the region.

During the period of the 1811 to 1813 light displays in the region, observers as distant as Tennessee, North Carolina, and Georgia also said they had also observed lights. Residents in Knoxville, Tennessee, told  of seeing “two flashes of light” on one occasion accompanying a small earthquake, appearing in “intervals of about a minute” that looked “very much like distant lightning.”

In North Carolina, an observer described seeing “three extraordinary fires in the air,” of which it was said that one “appeared in an easterly direction, one in the north, and one in the south.” The Carolinian who observed this fire in the sky said that “Their continuance was several hours,” adding that their size was roughly “as large as a house” and that “the motions of the blaze was quite visible, but no sparks appeared.”

Perhaps the furthest distant observation was recorded in Savannah, Georgia, where at least one observer reported seeing a flash of light that occurred immediately before a tremor felt in the area.

Several areas of frequent seismic activity exist throughout the southeast, which includes the Southern Appalachian Seismic Zone, stretching from Alabama to as far north as Virginia. It is not uncommon for quakes to felt further south, as in the case of the shock felt at Savannah in the 19th century incident described above. Interestingly, north of Savannah in the area of Summerville, South Carolina, a long tradition of sightings of peculiar globes of light moving through the sky has been maintained.

Similar to the Summerville Lights, in Western North Carolina strange lights have frequently been observed near Brown Mountain and the adjacent Linville Gorge Wilderness. These lights, along with similar nocturnal luminescent displays that extend throughout parts of the southeast and well into the Midwest, are commonly known in various locales by names such as ghost lights or “spook lights”. One of the more famous examples is the Ozark Spook Light, about which an official research report was authored in 1881.

Throughout time, the various manifestations of “spook lights” have often been associated with local legends about ghosts and other supernatural phenomena. Interestingly, some folklore from various parts of the world where such phenomena is said to occur appears to have long associated the appearances of eerie lights with earthquakes, perhaps as a sort of omen or harbinger of the destruction that might soon follow. 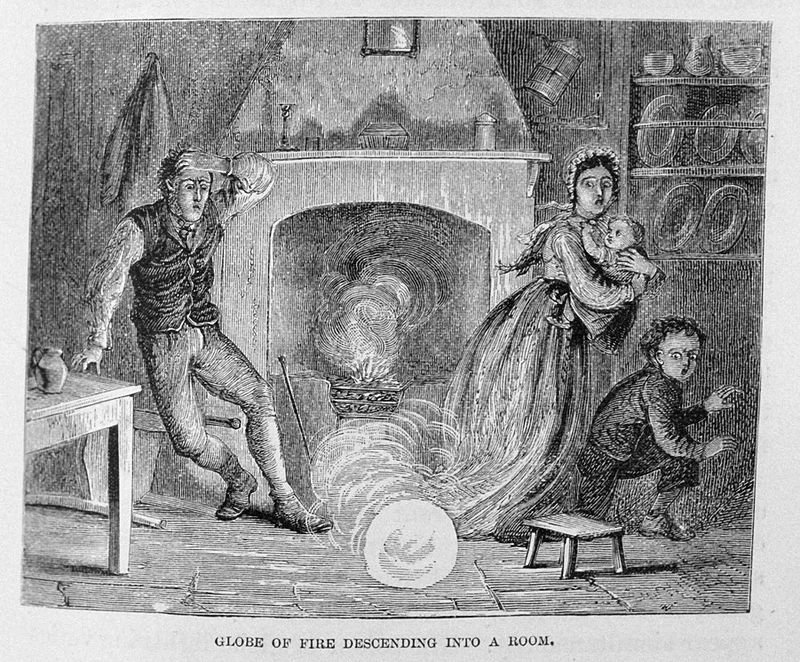 The fact that the occurrence of these strange illuminations during the 19th century accompanied earthquakes hadn’t been missed at the time by geologists, either. In his USGS report, “The New Madrid Earthquake”, published nearly a century after the events of 1811, Myron L. Fuller included several of the accounts detailed above, noting the connection between these lights and seismic activity in the surrounding regions. Fuller had no doubt been aware of the earlier work of the “founder of seismology”, Robert Mallet, who beginning in 1851 published a series of five catalogs called “On the Facts of Earthquake Phenomena”, which had also presented several accounts involving lights which appeared to be generated at the time of seismic events.

Today, a number of researchers continue to examine these phenomena, which have commonly become known as “earthquake lights”. Often compared to sky flashes that occur during lightning storms and, in some cases, also to the mysterious atmospheric phenomenon known as ball lightning, the exact mechanisms that give rise to these strange lights remains unknown. However, the general theory is that some kind of energetic potential accompanying seismic events can produce plumes or balls of light, possibly as a result of ionization (in other words, the lights in question may be plasmas).

A January 2014 paper that appeared in Seismological Research Letters, entitled “Prevalence of Earthquake Lights Associated with Rift Environments”, put forward the idea that such illuminations may be primarily electrical in nature. The paper’s coauthors Robert Theriault, France St-Laurent, Friedemann Freund, and John Derr argued that such lights might result from “the generation of electronic charge carriers under high-stress conditions”, and that “their electrical effect (or luminous expression) at the ground/air interface” could occur at specific kinds of fault zones, which they outline in their research.

Perhaps the mechanism for earthquake lights proposed by the researchers in their paper is the best explanation to date for these mysterious occurrences. Although seismology may be gradually closing in on the earthquake light mystery, they remain elusive, and many unanswered questions linger about these phenomena, long viewed by people throughout parts of the world as supernatural occurrences, and even as possible omens of misfortune or destruction yet to come.

Shipwrecks with Cargos Worth Billions Found off the Coast of Colombia