David and Judi Chase were a normal, rather unassuming couple who lived in Evergreen, Colorado and seem to have had a content life there. David had a job as a craftsman and cabinet maker, and the couple were looking forward to adopting two foster children who were living with them. They had a rather normal life, the future looking bright, and there would have been no reason to expect that they would become the center of a bizarre murder case permeated by hints of the paranormal.

June 6th, 1995 started out as a pretty normal day for David. He went to work with a colleague by the name of Matt Orahoske to do a routine roofing job at the local Elk’s Club and they finished by noon, after which the two of them went to have lunch. After lunch, they stopped at a bank, where David reportedly cashed a check for $1800, and they headed out to have drinks after at a local bar. It was all pretty routine stuff for them, so when Matt purportedly left the bar that evening as David played pool there would have been no reason for him to think there was anything out of the ordinary and certainly no reason to suspect that this would be the last time he would see his friend alive.

The next morning came and David had not arrived at his home, and when his wife called Matt she was told that he had he had left him at the bar shooting pool and that David had been acting normally and in good spirits. This was already odd enough, but as she waited for her husband to come home from wherever he had gone, Matt’s girlfriend called her and made things even stranger still. Judi would say of this odd phone call:

She said he had told her when she asked about David, that David had said, ‘Oh, I’m going for a swim. I’ve got a raft.’ I found this completely bewildering. I mean, my husband was a very experienced mountain climber, and had studied hypothermia, and knew full well the dangers of jumping into a snow-fed river. So the story was absolutely completely impossible for me to believe. 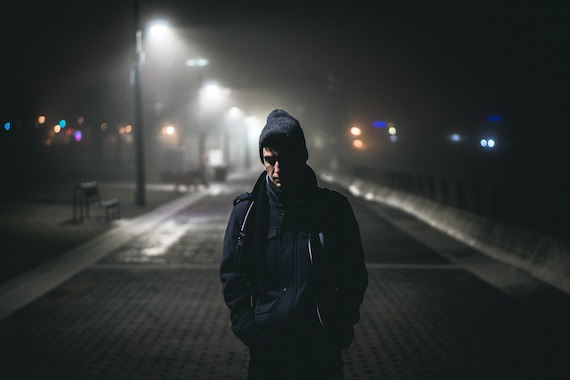 Police were notified and they immediately pursued Matt for questioning, considering him a possible person of interest in the case, but he told them the same thing. With no sign of where David had gone, no witnesses, and nothing to go on, there was nothing to hold Matt on, and his disappearance was a baffling dead end until six weeks later, when David’s decomposing body was found in the nearby Bear Creek, around three miles downstream from the bar. The body was in quite a state. His neck had been broken and there were strange inexplicable cuts on both of his legs. He was also wearing nothing but his shoes and socks, and part of a pant leg, with evidence that his clothes had perhaps been forcibly torn from his body. Interestingly, he was found to have no sign of alcohol in his system, despite Matt’s claims that they had been drinking that evening. Despite the signs of physical violence on the body, the coroner would strangely deem the mysterious death to be “consistent with drowning.”

Considering the inconsistency of Matt’s previous statements and the fact that there was now a dead body on their hands, authorities immediately circled back to him, now considering him to be a possible person of interest in a case of potential foul play. Under police questioning, Matt then changed his tune, explaining that the two had in fact left the bar together, after which they had gone out into the parking lot and unloaded some tree limbs from Matt’s truck to dump into the nearby Bear Creek, which was frigid and frozen over at the time. As they did this, he claimed that Matt had suddenly turned to him and uttered the cryptic statement “Pick me up in Morrison,” before jumping into the creek. He would later change this detail to say that he had in fact fallen into the creek.

Police were very suspicious of Matt for several reasons. One was how his story kept changing, and there was also the fact that there were so many discrepancies and oddities surrounding his testimony. Although he claimed they had been “drinking all day,” the autopsy said otherwise, finding no evidence of alcohol in his system. The place where he claimed David had fallen into the river was also only about fifty feet from the fire station and a few yards from the bar, so why hadn’t he tried to call for help? There was also the fact that Matt’s girlfriend would claim that she had found $800 dollars in cash stuffed into the glove compartment of his truck. Where did it come from? Who knows? Despite all of this suspicious evidence, it was not concrete enough to hold Matt and he was not pursued as a suspect at the time, much to Judi’s chagrin. It was about this time when the case would get even more bizarre still.

One day, Judi was contacted by a private investigator by the name of Phil Harris, who had quite the odd tale to tell. He claimed that on October 15, 1995 he had woken to a voice in his head that identified itself as David Chase and that he had been murdered and needed help to solve his death. Phil had then tracked down Judi in the belief that he had been somehow chosen by David to solve the case from beyond the grave. At this point Judi was very skeptical of it all, but she nevertheless agreed to meet with Harris, who managed to impress her with his intimate knowledge of things he claimed David had told him to prove to her he was the real deal. Judi would say:

There were a lot of very personal details about my relationship with David that nobody else knew. About our life together, our love for one another, pet names that David called me, he called me Honey Bunny and Sugies, things like this. There’s no way that Phil Harris could have known that. 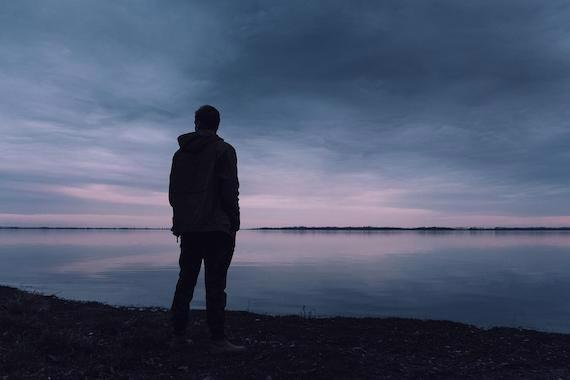 After talking with the private investigator, she was forced to overcome her disbelief and accept that just maybe he really was in contact with her dead husband, and the two made a deal that Harris would work the case for a mere $1. Over the coming days, Harris would claim that he was contacted by David on numerous occasions, and a picture of what happened began to become clear. According to David, he and Matt had gotten into an argument, after which he had been murdered by Matt and a young accomplice. Phil dutifully took a transcript of what David told him, which reads in part:

Before I deposited the check for $1800, he talked me into cashing it, and keeping the money in my pocket, under the guise of possibly buying a decent truck from him. I had second thoughts about buying a truck from Matt, and I told him that as we were leaving the bar. Matt was furious with me at the time, but I didn’t realize it. As soon as we got back to his truck, he started to tell me that I had promised him this money and therefore, it was his. Matt shoved me in the chest. I shoved him back and he hit me in the face. I immediately hit him back and all of a sudden he started bleeding very hard from the nose. This made him extremely mad, and he flew into me. I went down very near the edge of the water. In fact, we were up against the small retaining wall, fighting on the ground. We rolled around, and tried to punch each other and I feel Matt got in a couple of good punches. I only remember him hitting me in the back of the neck with a hard object. I don’t know what he hit me with, but it broke my neck. The knife that was used to cut my clothing off belonged to the other person. You were right, Phil, about the cuts on my legs. This is where Matt cut my clothes off, rather than take my boots off. They tied my clothes around the murder weapon. He told the kid to throw them out in the middle of the river as far as he could throw ‘em. I’m not sure whether it was a hammer, crowbar, or even just like a gardening tool.

It all seemed very promising, but sadly Phil died of a heart attack shortly after, leaving Judi on her own and without the alleged contact from her dead husband. She tried to approach the authorities with this information, but did not impress them with her story of ghosts speaking from the grave to solve their own murder. Not only did it sound nuts to them, but such evidence wasn’t really admissible. One police sergeant would explain of this:

Well, obviously, if we were going to develop a criminal case, we have to have something that we could present in court, that would be a prosecutable situation, and in order to do that, you have to have evidence that you can put your hands on and witnesses that you can talk to. So, the information that Phil Harris was presenting, although not discounted, needs to be corroborated through some other source.

While it may seem to the casual reader that Matt Orahoske is guilty as they come, there has never been any hard evidence to hold him to any wrongdoing. He has never been pursued for any sort of foul play and has not been charged in any way, as a supposed ghost's testimony doesn't go far in a real court of law. David Chase's death has never been solved, and despite his wife's efforts and much disagreement it is still mostly deemed to have been a drowning. We are left with very few answers at all for the myriad weird clues orbiting the case, nothing to prove that there was any paranormal interference, and it all remains a very weird and perplexing case that will probably forever be shaded by mystery.