It's a mistake that the Black Arts, the occult, and witchcraft are just ancient phenomena. In fact, it's quite the opposite. As you'll see now. We'll begin with, of all things, Crop Circles. In the summer of 2006, a large Crop Circle appeared in a field practically right next door to Chartley Castle, a centuries-old construction in the English county of Staffordshire. Not only that, strewn around the fringes of the Crop Circle was a not inconsiderable pile of large and colorful peacock feathers. While the presence of the peacock feathers at the site of the circle was interesting and odd, it wasn’t necessarily connected. Or, maybe it was; according to one person, at least. The Dictionary of Phrase and Fable recorded that: "‘The peacock’s tail is the emblem of an Evil Eye, or an ever-vigilant traitor. The tale is this: Argus was the chief Minister of Osiris, King of Egypt. When the king started on his Indian expedition, he left his queen, Isis, regent, and Argus was to be her chief adviser. Argus, with one hundred spies (called eyes), soon made himself so powerful and formidable that he shut up the queen-regent in a strong castle, and proclaimed himself king. Mercury marched against him, took him prisoner, and cut off his head; whereupon Juno metamorphosed Argus into a peacock, and set his eyes in its tale."

She is of the opinion that the presence of the feathers at Chartley Castle is evidence that the people she believes are guilty of making the formations in the crops use the peacock’s “Evil Eye” in what she describes as “black ceremonies.” Adams further claims that these very same ceremonies have been conducted - under the camouflage of the hours of darkness and on a whole variety of occasions - within British-based crop circles, and within ancient stone circles too. And, she adds that those responsible were endeavoring to create “negativity” and invoke bizarre, life-threatening creatures from darkened realms that co-exist with ours, including some that would fit the image of a Bigfoot-type beast seen at Chartley Castle by a man named Mick Dodds and his wife in September 1986. As for the reason why, Adams claims the goal is to harness the beasts and then make use of them in, as she describe it, “psychic assassinations” of people who might be opposed to the activities of the group. Not so good. Let's move along:

February 14, 1945 was the date of a still-unresolved murder in rural England which bore all the hallmarks of death at the hands of a secret society. Some suggested a band of witches were the culprits, and others a secret sect of druids. The victim was a farm-worker, 74-year-old Charles Walton, found dead with nothing less than a pitchfork stick out of his chest. He was a resident of a small, picturesque village in Warwickshire, England called Lower Quinton. Walton had lived in the village all his life, in a pleasant old cottage that stood across from the local church. It was a scene not unlike what one might expect to see on Downton Abbey or in the pages of a Jane Austen novel. Until, that is, murder, mayhem, and a secret cult came to Lower Quinton. So far as can be ascertained, no-one in the village had a grudge against Walton: he was known to all of the locals. He was an affable but quiet sort, and – somewhat intriguingly – had the ability to entice wild birds to eat seeds from his hands. He was also said to have the power to reduce a wild, aggressive dog to a man’s best friend simply by speaking to it. On top of that, he had expert knowledge of local folklore and legend. Rumors suggest that perhaps Walton’s slightly uncanny “powers” had ensured him a place in a secret witchcraft cult, one which he ultimately fell out of favor with, and, as a result, paid the ultimate price. Namely, his life. Now, to Operation Often.

It’s a group comprised of high-ranking figures in the Church, government, the military, the field of archaeology, and the domain of demonology. Whereas the Collins Elite was (and, apparently, still is) doing its utmost to stave off demonic assaults on the Human Race, another group, one which was created in the late-1960s, was doing the exact opposite. Its name was Operation Often. Its goal? Nothing less than learning how to harness what might be termed supernatural and demonic powers of the “weaponized” kind. It all began in the latter part of the 1960s with one Dr. Sydney Gottleib. Having secured a Ph.D. in chemistry from the California Institute of Technology in the 1940s, Gottleib, in 1951, was offered the position of head of the Chemical Division of the CIA’s Technical Services Staff. Mind-control, hypnosis, the manipulation of the human mind, and the nurturing of “Manchurian Candidate”-style figures were very much the order of the day. It was work that Gottleib dedicated himself to for years. In 1968, however, life and work changed significantly for Gottleib. Welcome to the world of Operation Often.

Without doubt the brainchild of Gottleib, Operation Often was kick-started thanks to the then-Director of the CIA, Richard Helms. Gottleib very quickly convinced Helms that the CIA should explore the fields of the paranormal, the demonic, and the occult, to determine if, and how, they could be used against the likes of the former Soviet Union and the Chinese. An initial grant of $150,000 was quickly provided. Investigative writer Gordon Thomas says: “Operation Often was intended…to explore the world of black magic and the supernatural.” It did precisely that.Often became something of a secret order, one that was dominated by disturbing phenomena, the study of ancient and priceless books on the occult, and a long list of notable characters. As evidence of this, the personnel on-board with Operation Often were soon mixing with (among many others) fortune-tellers, mediums, psychics, demonologists, astrologers, Satanists, clairvoyants, and even those that practiced sacrificial rituals – such as the followers of Santeria.

In essence, Gottleib and his team were looking to hit and pummel the Russians and the Chinese with hexes, curses, bad luck, ill health, and even death – and all by engaging in Faustian-like pacts with paranormal entities from dark and disturbing dimensions beyond ours. Volunteers on the program were placed into altered states of mind, in the hope that doing so might provoke out-of-body experiences which, then, would allow mind-to-mind contact with anything and everything that might be on the other side, such as demons, devils, and who knows what else? To what extent the program worked is open to debate. Not because the data is sketchy. Rather, the data and the results of the work of Operation Often remain classified – decades after the program was initiated in the late-1960s. This begs an important question: if Operation Often achieved nothing of significance, why not let us know? Where’s the harm in that? That the CIA flatly refuses to release it files on the project strongly suggests that some success – maybe even a great deal of success – was achieved. Of course, when you deal with the Devil, there’s always a price to pay. Perhaps the nature of that price remains classified, too. And, let's bring things to an end.

The undeniably weird idea that the U.S. Government has a highly classified, secret group that believes that the UFO phenomenon is one of demonic – rather than of extraterrestrial – origins may sound outlandish and unlikely. It is, however, absolute fact. It goes by the nickname of the Collins Elite, although don’t expect the world of officialdom to confirm its existence. At least, not anytime soon. We know, however, that the group exists – and largely thanks to a man named Ray Boeche. He is both a UFO investigator (and a former state-director for the Mutual UFO Network, MUFON) and a priest.  It was as a result of his almost unique connections to two issues that most might assume are wholly unconnected that led Ray Boeche to be exposed to the clandestine world of the Collins Elite. And, it all began in late 1991, when Boeche was contacted by two scientists who were undertaking work for the Pentagon: they had been secretly contracted to come on-board with the Collins Elite. The purpose of their work was to research the UFO phenomenon, and even to try and make contact with the entities behind the same phenomenon, via psychic, mind to mind means. As their work progressed, however, it became more and more clear to the pair – and to the rest of their colleagues - that the large-headed, black-eyed aliens the Collins Elite assumed they were in contact with were nothing of the sort. They were, the group concluded, nothing less than deceptive demons. From ancient times to modern eras, things haven't changed too much when it comes to the world of the paranormal. And, in all likelihood things won't change. 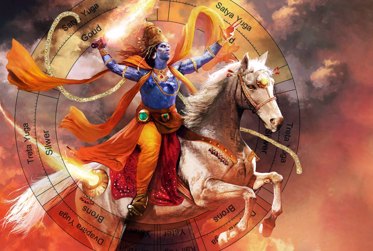 The End of the Kali Yuga in 2025: Unraveling the Mysteries of the Yuga Cycle 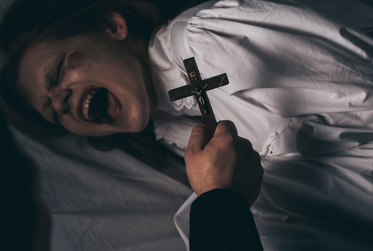