Woman Claims She is Regularly Abducted and Abused by Extraterrestrials

The rights of women are being battled for around the world with varying degrees of success – some countries have achieved equality while others seem to still be in the dark ages, with women suffering abuses of all kinds. In 2022, the fight for women’s rights against abuse may have gone from international to galactic. Earlier this year, a number of women have come forward with stories of extraterrestrial contact which involved abduction, possible rape and fears of both and more. The latest report comes from a woman in England who claims she’s been abducted and physically abused all of her life by extraterrestrials … and they have now begun to do the same to her daughter. Who can she turn to for help? The Ministry of Defense? The European Space Agency? The United Nations? Elon Musk?

"For as long as I can remember I have had these encounters, the earliest memories were from when I was around four-years-old and I knew it was happening. I remember being sad at night and going out onto the terrace at my family home in Colombia and crying out to the stars. I would ask them why they left me here and I would tell them I wanted to go back home.”

Maria Leiva, who is now 51, tells The Mirror that she believes extraterrestrials began abducting her at the age of four when she lived with her parents in South America. Those abductions sound like child abuse – scaring the girl late at night with mental messages to do their bidding.

“I have always been able to see things in the sky, as well as actually seeing beings as well. I am sometimes awakened by telepathic communications between the hours of two and four in the morning, being told to wake up and go to the window as something is out there. Sometimes I can record videos of what is out there, but sometimes I can only take photos.” 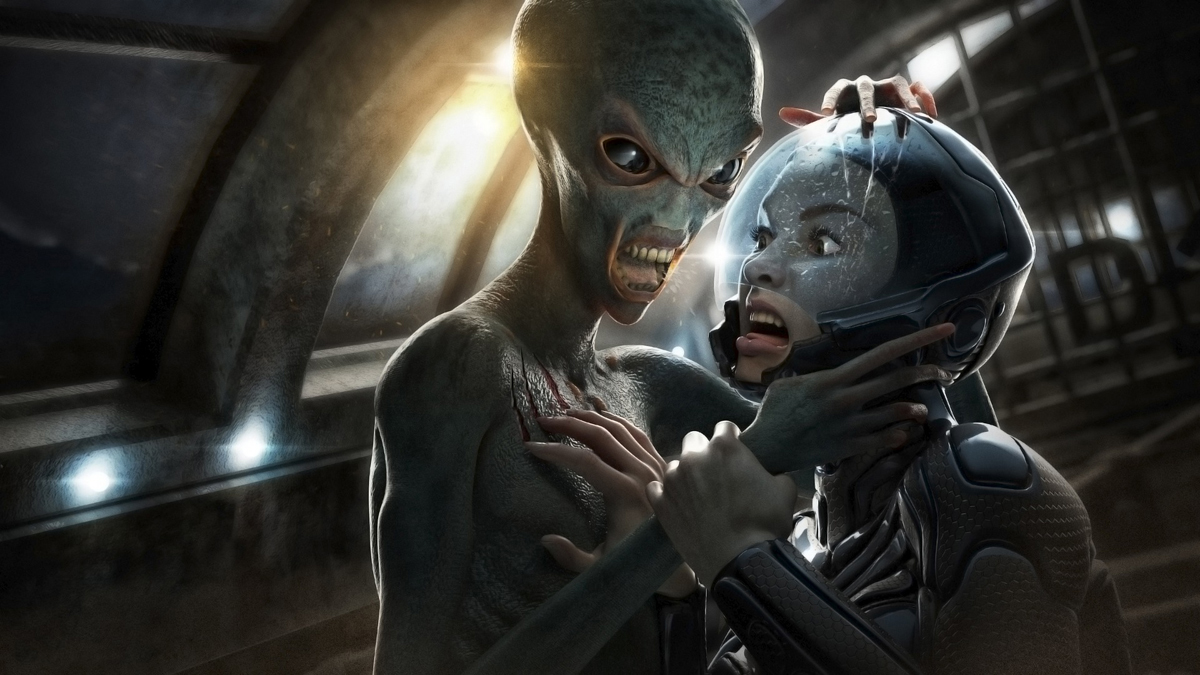 Leiva shares some of her photos of spacecrafts and possible aliens in her interview with The Mirror. She also shares the evidence of abuse by these otherworld beings – bruises and other marks all over her body. (See them here.)

"I would wake up with marks on my body, bruises, finger marks, punctures in my skin and cuts as well, and this is how I'd know something had happened in the night.”

While most extraterrestrial encounters do not involve abductions, and most alien abductions do not involve violent physical contact, Leiva claims she has experienced all of that … as well as psychological abuse and even humiliation. Although she doesn’t claim to have been abused sexually, she says the aliens have often subjected her to a ‘walk of shame’ home after an abduction.

“One night I was taken in my sleep and I woke up in a completely different place quite far away. I had to get a taxi home and I didn’t even have my house keys so I had to knock on the door. My dad answered and he was so puzzled as to what had happened.”

In addition to the photographs, Maria Leiva provided The Mirror with drawings of her alien abductors from her various encounters around the world. (See them here.) While some have the typical big-head, strange eyes look of grey aliens, others she drew look like a giant mantis, a translucent body shaped out of a watery liquid, and a giant in a uniform.

“I have also seen beings who look like humans. They are a little taller and have larger almond-shaped eyes.”

Leiva claims she’s been abducted no matter where she is – Colombia, Barcelona, Spain, Ramsgate, Kent, and both Colorado and Arizona in the U.S. In many of those places, Maria says she’s tried to share her experiences with others but was subjected to the usual ridicule UFO witnesses and alien abductees receive – even though she has her photos and drawings as supporting evidence.

"My parents knew what was happening but it was something that would never be spoken about.”

Like her own mother and father, Leiva is now the parent of an alleged alien contactee. Her daughter has shared with her experiences of seeing UFOs and claims they’ve happened as long as she can remember.

"She believes she can see them too, seeing her first UFO when she was ten. We were living in Hackney and it was one morning when I was taking her to school she looked into the sky and could see the shape of a UFO in the sky, she has now seen several since.”

To help her daughter and others who have alien abduction experiences, Maria Leiva attends UFO and ET conferences around the world, speaking to and comforting those with similar experiences.

What do we make of this testimony of Maria Leiva about her lifelong encounters with abusive extraterrestrials who she believes have abducted and beaten her? While one could attribute some of the experiences to the nightmares and imagination of a child, she’s had them long into her adulthood. While it could be sleep paralysis, she has the bruises. While it could be sleep walking, she has the photos of what she says are aliens and space ships. While her story was published only by The Mirror, she admits what we all know – most people and the media are disbelievers at best, cruel ridiculers at worst when it comes to accepting the accounts of ET and UFO witnesses – whether they’re children, women or experienced military pilots. 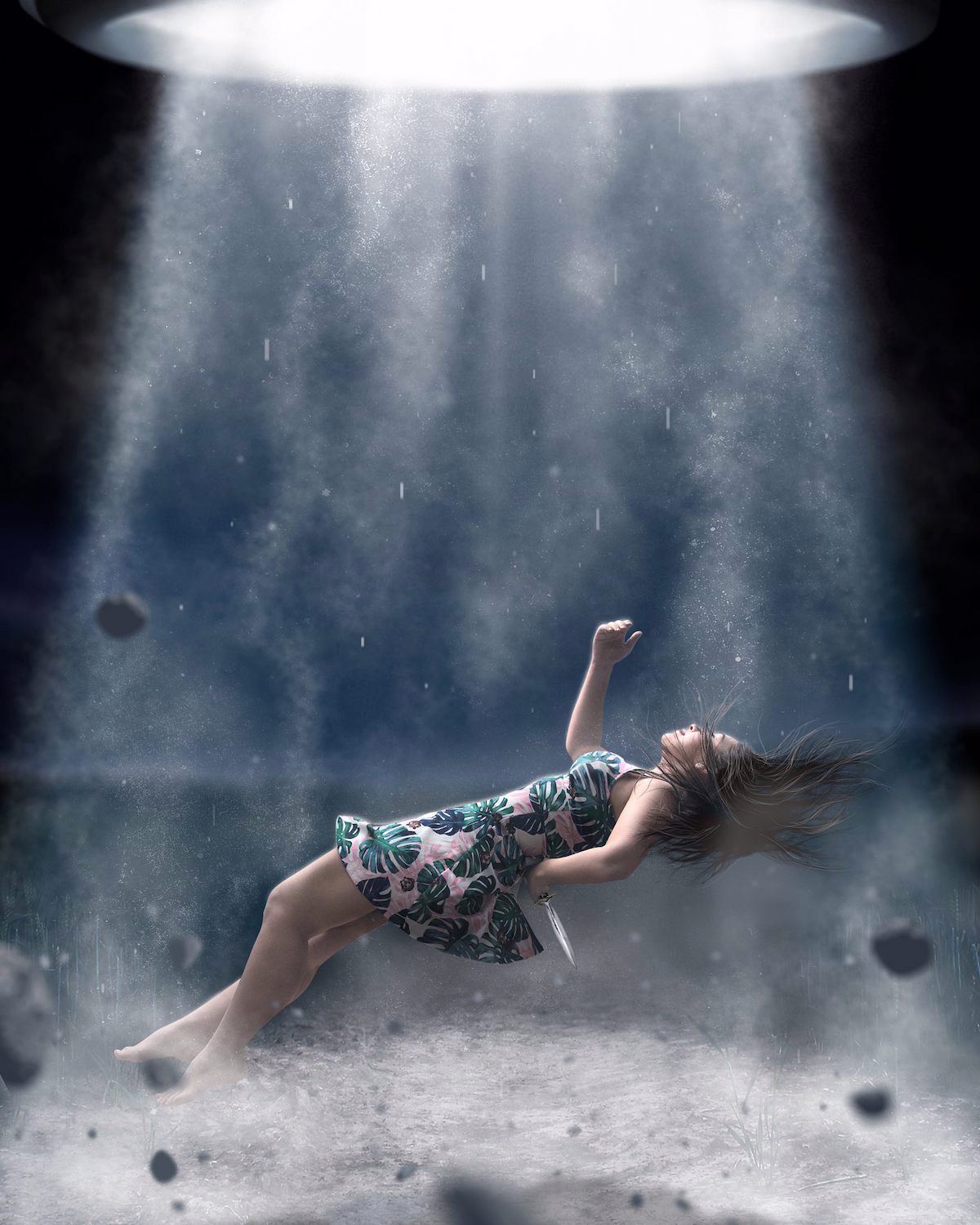 That brings us to one last troubling aspect of this story -- Maria Leiva is a woman who claims to have been physically abused by extraterrestrials. Earlier this year, Irma Rick, a woman in Argentina who also claimed to have been abducted by aliens, taken 40 miles from her home and dumped on a road, said she was impregnated by these extraterrestrials against her will. Then there was Sacha Christie of Liverpool. Like Leiva, she’s  51, claims to have had UFO and alien encounters since she was seven, has a son who also has UFO encounters, and  and now fears she will be abducted. Finally, there is Abbie Rose, who claims to have been abducted and take aboard a ship where she was romanced by the extraterrestrial captain, fell in love, and then was ‘ghosted’ by him, leaving her on Earth with just an inflatable alien for comfort. Are women being subjected to more abuse by space aliens than men? Or are women more susceptible to sleep paralysis, the power of suggestion and other non-alien causes of such experiences?

Women will tell you that they have spent their lives not being believed when they tell their stories of strange experiences and abuse. Perhaps it’s time to start believing those who say they have had such encounters with extraterrestrials.