Pirates have long featured heavily in the lore up to modern times and it seems they are here to stay. There is something about their thuggish, swashbuckling lifestyle that is alluring and manages to keep them a mainstay of film and fiction. There are many stereotypes associated with pirates, the eye patch, the treasure maps with the "X marks the spot," and it would be natural to assume that these are all flourishes projected onto real history. Yet, there is one pirate who seems to have managed to fit that mold, complete with eye patch, buried treasure, and a code that has never been broken.

The French pirate Olivier Levasseur, also known as La Buse ("The Buzzard") or La Bouche ("The Mouth"), was born into a rich family sometime around 1688, and after receiving a top education and being trained as an architect he spent much of his life as a young man as a privateer for the French crown during the War of the Spanish Succession (1701–1714), after which he joined a crew of pirates led by Benjamin Hornigold in 1716 and began a new life of terrorizing the high seas. At the time he already looked very much the part of what the common image of what a pirate looks like, a grizzled seaman with a scar across the face and a patch over the eye, and he quickly made a name for himself among his pirate compatriots with the speed and ferocity with which he attacked. Proving himself a formidable foe and quick-witted leader, he quickly rose through the ranks before finally breaking off to start his own pirate outfit in a stolen merchant ship named La Louise, which he had outfitted with heavy weaponry and armor to make it into his own private warship. 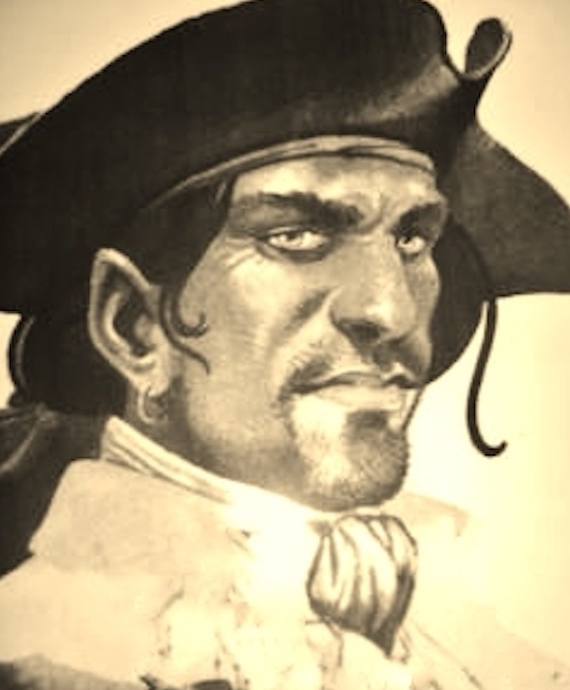 Levasseur proceeded to prowl the waters off of Brazil, where he was a feared presence, ruthlessly and decisively attacking any ship that came his way. Some of these were pretty big scores, but he would bite off more than he could chew when he raided a slave ship from Angola along with its 240 slaves. After leaving the crew of the ship to die, he then abandoned 240 stolen slaves on an island off Macae, which caught the attention of Portuguese armed vessels that gave chase. This resulted in a battle at Ilha Grande and Ubatuba, where ten pirates were killed in the melee. Levasseur and his remaining men limped off to regroup and lick their wounds for some days, before heading back out to get into more trouble. After chasing a rich French merchantman they would be caught in a storm that sank their vessel and took 80 of the crew to a watery grave, forcing the survivors to escape on a tiny escort brigantine and steal some flour just to survive.

This did not stop the intrepid pirate, and after some time of continuing his raids in Brazil, Levasseur showed up in the Caribbean after almost being captured by HMS Scarborough under the command of Captain Hume. In the Caribbean, he managed to become the captain of a new ship, and from there he ventured to the Indian Ocean where he launched raids from a base on the island of Sainte-Marie, just off the coast of Madagascar, and it is here where he would make possibly the greatest score ever captured by a pirate. In 1924, the Portuguese galleon Nossa Senhora do Cabo was docked at La Réunion island, loaded full of treasure belonging to the Bishop of Goa and the Viceroy of Portugal, who were both on board the vessel returning home to Lisbon. The treasure included bars of gold and silver, diamonds, pearls, silk, art, and religious objects from the Se Cathedral in Goa, as well as jewelry encrusted with diamonds, rubies, and emeralds, and other gemstones, and was of incalculable value.

When Levasseur found out about it, he immediately launched a raid and met no resistance from the Nossa Senhora do Cabo because the ship was in port for repairs and had dumped all of its cannons to avoid capsizing, making them sitting ducks. Levasseur apparently just waltzed aboard and apprehended the treasure without a single shot even being fired. The treasure was such a massive haul that the pirates didn’t even bother to rob the passengers, instead loading their own ship with more gold, diamonds, gemstones, and other valuables than they knew what to do with, and even the lowliest cabin boy was suddenly a rich man、with the lowest pay out apparently being at least £50,000, which is about a bajillion gazillion dollars in today’s money. 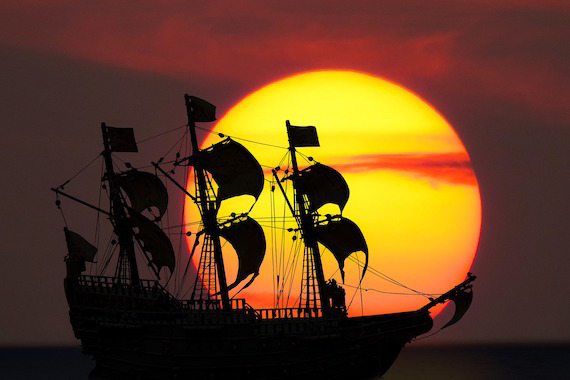 Of course Levasseur took the lion’s share for himself, which he promptly hid before going into hiding somewhere on the Seychelles archipelago. His past ended up catching up with him, because eventually he was captured near Fort Dauphin, Madagascar and sentenced to hand for his life of piracy. According to the lore, when he was to be hanged, Levasseur was wearing a necklace containing a cryptogram of 17 lines, and threw this into the crowd while exclaiming, "Find my treasure, the one who may understand it!" Although the necklace was lost, the cryptogram itself was somehow copied, and treasure hunters have been trying to decipher it ever since in order to locate the estimated over £1 billion worth of treasure that is just lying out there to be found.

The most likely candidate for the location of the secret treasure has long been thought to be the Seychelles island of Mahé, and there have been many notable efforts to try and find it there. One of the more famous of these is Englishman Reginald Cruise-Wilkins, who in 1947 embarked on a quest for the treasure that would last for the rest of his life, spending 27 years trying to decode the cryptogram and digging in a cave on Mahé, but he never found anything. The quest would pass onto his son, John, who has spent years using state-of-the-art equipment to explore crevices and caverns, in the process uncovering what he thinks are pirate markings on rocks, but no treasure yet. He says of his relentless quest to find the lost treasure of Levasseur:

I don’t care what they think, but a lot of them think I’m crazy. They thought my father was crazy. And the question always with people is ‘Why do you treasure hunt? I mean, people don’t do this anymore. I’ve used all sorts of equipment: water pumps, rock drills, jackhammers, hand tools, even excavators and blasting at certain times, as well as the latest treasure detection equipment from Germany.

Where is this treasure and what is the meaning of the cipher? We know that Olivier Levasseur was a real person and he indeed came into this massive treasure, but where did he put it and what is the meaning behind his mysterious cipher code? Right up into the present it has been pursued and debated, but no one has found the treasure, and it seems perhaps they never will.