Chasing Down the Secret Space Program - If It Really Exists

Are there people controlling our access to what is known about outer space and the possibilities of alien life? A study of the available data strongly suggests the answer could be a loud “Yes!” Taking things even further, there are good, solid indications that some secret element of the government is clandestinely running a secret space program. When, on July 20, 1969, NASA astronaut Neil Armstrong took his first steps on the surface of the Moon, it began a new era in the United States’ space program. Further manned missions continued until 1972. Plans were formulated to establish a permanent, manned base on the surface of the Moon. Then, in 1973, NASA launched its first space station, Skylab. Eight years later, the Space Shuttle was unveiled. Today, however, things are very different. NASA no longer has a manned space program. 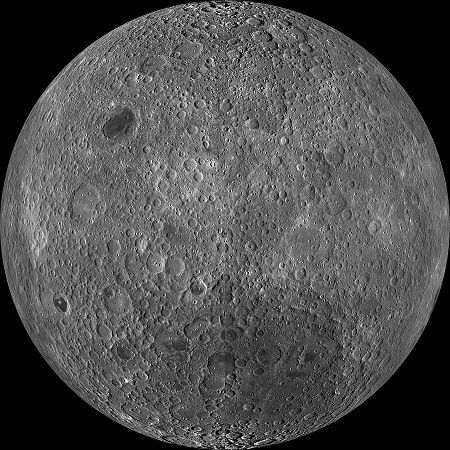 The only way for U.S. astronauts to head into Earth orbit, and spend time at the International Space Station, is to hitch a ride with the Russians. What went wrong? Some say that nothing went wrong. Rather, the theory is that although NASA’s manned space program is largely no more, there exists – deep within the heart of the U.S. military – a secret group that is running a clandestine space program. We might even be talking about highly classified return missions to the Moon, and possibly even secret flights to Mars. Is a powerful group controlling what we know – or don’t know – about the secrets of outer space? Yes. UFO authority Richard Dolan says: “Over the years I have encountered no shortage of quiet, serious-minded people who tell me of their knowledge that there is such a covert program. Are there bases on the far side of the Moon? I do not know for sure, but I cannot rule it out.” One person who is convinced that there is a secret space group is Gary McKinnon, a British man who had a ufological Sword of Damocles hanging over his head for the best part of a decade, after very unwisely deciding to hack the US Government for secrets of the UFO kind in 2001. According to McKinnon, while illegally surfing around classified systems of both NASA and the U.S. military, he came across a list titled “Non-Terrestrial Officers.”

McKinnon said of this discovery: “It doesn’t mean little green men. What I think it means is not Earth-based. I found a list of fleet-to-fleet transfers, and a list of ship names. I looked them up. They weren’t U.S. Navy ships. What I saw made me believe they have some kind of spaceship, off-planet.” All of the above suggests that the secret space program is a relatively new program. That may not, however, be the case. There are strong indications that such a program – and the control of the flow of secret data on outer space – has been going on for not just years but decades. As incredible as it may sound, the secret space program may have had its origins in the latter part of the 1950s. It all revolves around something known as Project Horizon.

Interestingly, although NASA was formed in 1958, Project Horizon fell under the auspices of the military, specifically the U.S. Army. The plan was to create what would ultimately become a vast base on the surface of the Moon – a base that would be armed with nuclear weapons and which could be used to attack the Soviets if the United States was hit by a sneak attack and the infrastructure of the nation was significantly destroyed. It was in late March 1959 that the ambitious program was put into place. Overseeing many of the plans to create the secret base was Lieutenant General Arthur G. Trudeau. At the time, Trudeau was the Army’s Chief of Research and Development. Now-declassified files on Project Horizon demonstrate that Trudeau and his team estimated it would cost approximately $6 Billion to design, build and fully equip a base on the Moon. In a document titled “Project Horizon: A U.S. Army Study for the Establishment of a Lunar Military Post,” Trudeau penned the following words:

“There is a requirement for a manned military outpost on the Moon. The lunar outpost is required to develop and protect potential United States interests on the Moon; to develop techniques in Moon-based surveillance of the Earth and space, in communications relay, and in operations on the surface of the Moon, for further exploration into space and for military operations on the Moon if required; and to support scientific investigations on the Moon.” The program was indeed a grand one, a far-reaching operation designed to ensure that the control of outer space would fall into the hands of the United States. Plans were quickly initiated, in the wake of the publication of Trudeau’s report. One of those who was brought into the program was Wernher Von Braun – a Nazi who, at the end of the Second World War, was secretly brought to the United States under cover of a classified (and disgusting) program called Operation Paperclip. Von Braun chose to assign an engineer named Heinz-Hermann Koelle to oversee Project Horizon. Koelle, too, fought for the Nazis during the Second World War. 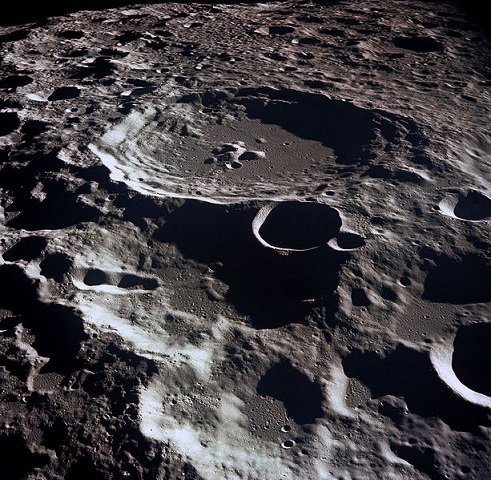 The initial plans were for the Moon base to be relatively small, which made a great deal of sense. After all, we’re talking about entirely new territory and technology. So, the plan was to slowly and bit by bit make the base bigger and bigger as time went on. But, initially, it would be something akin to a North Pole outpost, with a staff of around one to two dozen. Using the base as a strategic military facility, as well as a place in which the mysteries of the Moon and the Solar-System could be carefully and secretly studied, ensured that America would have a significant lead over the Soviets – who were clearly a major threat at the time. In fact, on this issue of a Soviet threat, the Project Horizon team gave serious consideration to the possibility that Russians might very well try and destroy the base – possibly with Russian cosmonauts, invading the base and armed to the teeth with high-tech weaponry. On the scientific side of things, a great deal of research was focused on ensuring that the base would have a plentiful supply of water and oxygen – which, of course, none could live without. Plans were initiated to have vast shuttle craft sending endless supplies of water and food to the base – that is, until the base and its staff became completely self-sufficient.

As for how and where, exactly, the base would be constructed, Project Horizon’s scientists were of the opinion that the best option would be to build it in a natural crater or cavern. Such was the enthusiasm for the program, an estimation was made that the initial construction of the base could begin in 1965 – four years before Neil Armstrong set foot on the surface of the Moon. Project workers suggested that it might be wise to construct significant parts of the base underground, chiefly to protect it from not just the Soviets, but from natural space debris too, such a fragments of meteorites and / or comets – and also from potentially lethal radiation. Although Project Horizon was deemed a feasible, major program of the military, it was ultimately deemed to be too far ahead of itself. The military concluded that the plans for Horizon to begin in 1965 were overly ambitious in the extreme and the program was cancelled. Or, at least, we are told it was canceled. There are indications that this may not have been the case, and that the plans to control outer space went ahead in deep secrecy.

On this particular issue, it’s most intriguing to note that there is yet another story that suggests the United States has a secret space program – and, rather notably, it dates back to 1965; the very year in which the U.S. Army had said that it could begin constructing a base on the Moon. The story comes from a man named Karl Wolfe. At the time in question, Wolfe was in the Air Force, working on a program based at Langley Air Force Base, Virginia that was supporting NASA’s lunar-orbiter programs. It was while he was stationed at Langley learned of highly classified photographs held at the base that showed what were clearly buildings and facilities on the far side of the Moon – which, notably, and due to its specific orbit, never shows itself to the Earth. So, constructing a secret base on the side of the Moon that we never get to see would make perfect sense. Of course, some people might suggest – and, indeed, have suggested – that the photos Karl Wolfe came to know of showed not a facility of the U.S. Army, but of visiting aliens. Not an impossible scenario, but, when we take into consideration the possibility that Project Horizon was not canceled, then it’s not at all improbable that some kind of installation does indeed exist on the Moon – whether on it or below its surface – and served a major role in the development of the United States’ secret space program. It may very well still serve that same program to this very day.

NOTE: Both of the photos of the Moon in this article were taken by NASA.

Because NASA is a U.S. government agency,  NASA considers its photos to be in the public domain.

Strange Tales of Mysterious Flying Snakes in Africa and Arabia