Crashed "UFOs" in the Summer of 1947: None Were Connected to Roswell

July 8, 1947 was the date that the public information officer at the Roswell, New Mexico military base - Walter Haut - put  together a press release stating a Flying Disc had come down outside of the city of Roswell. It was big name. At least, fo a while.  That press release went as follows: "The many rumors regarding the flying disc became a reality yesterday when the intelligence office of the 509th Bomb group of the Eighth Air Force, Roswell Army Air Field, was fortunate enough to gain possession of a disc through the cooperation of one of the local ranchers and the sheriff's office of Chaves County. The flying object landed on a ranch near Roswell sometime last week. Not having phone facilities, the rancher stored the disc until such time as he was able to contact the sheriff's office, who in turn notified Maj. Jesse A. Marcel of the 509th Bomb Group Intelligence Office. Action was immediately taken and the disc was picked up at the rancher's home. It was inspected at the Roswell Army Air Field and subsequently loaned by Major Marcel to higher headquarters." As for the rest of it, well, there are numerous theories for what happened on that legendary day. There's something else, too: namely, that the Roswell saga was not the only, alleged crashed UFO in the summer of 1947.

It’s important to note that people were reporting – sometimes hysterically so – crashed saucers all across the United States. Why is that so important? And why is this relevant to Roswell and the story you are now reading? The answer, to both questions, is simple: if Roswell was the only incident of an alleged flying saucer crash in ’47, then a case could indeed be made that it was a unique, one of a kind, event. That there were many such cases, though – all of which turned out to be hoaxes or misidentifications - weakens the case for Roswell as a UFO. Chiefly because, as the following examples show, people were not only reporting crashed saucers in the summer of 1947, there was practically a mindset that expected saucers to crash. When UFO hysteria broke out across the United States, following Kenneth Arnold’s famous sighting at Mt. Rainier, people weren’t just seeing saucers in the sky. They were finding them all over the place. Almost practically tripping over them. Or, rather, the pieces of them. At least, they were until the cases were explained away in simple terms. I won’t pummel you with each and every such story of a crashed Flying Saucer back in 1947, but several of what actually amounts to many will certainly suffice to make the point.

On July 6, 1947, the Portland Oregonian reported the following. It has eerie shades of the Roswell story attached to it, with its references to military balloons, tinfoil, a ranch, and even a rancher: “Folks in Pickway County, who have been following the ‘flying saucer’ mystery, became excited Saturday when Sherman Campbell found a strange object on his farm [italics mine]. It was in the form of a six pointed star, 30 inches high and 48 inches wide, covered with tinfoil. It weighed about two pounds. Attached to the top were the remains of a balloon with a rock 5 inches in circumference. The Fort Columbus airfield weather station at Columbus said the description tallied with an object used by the army air forces to measure wind velocity at high altitudes by the use of radar. Some of the flying discs reported seen in various parts of the country were much larger and flying at terrific speed.” Roswell-like? Yes, very. A crashed spacecraft from another world? Nope. 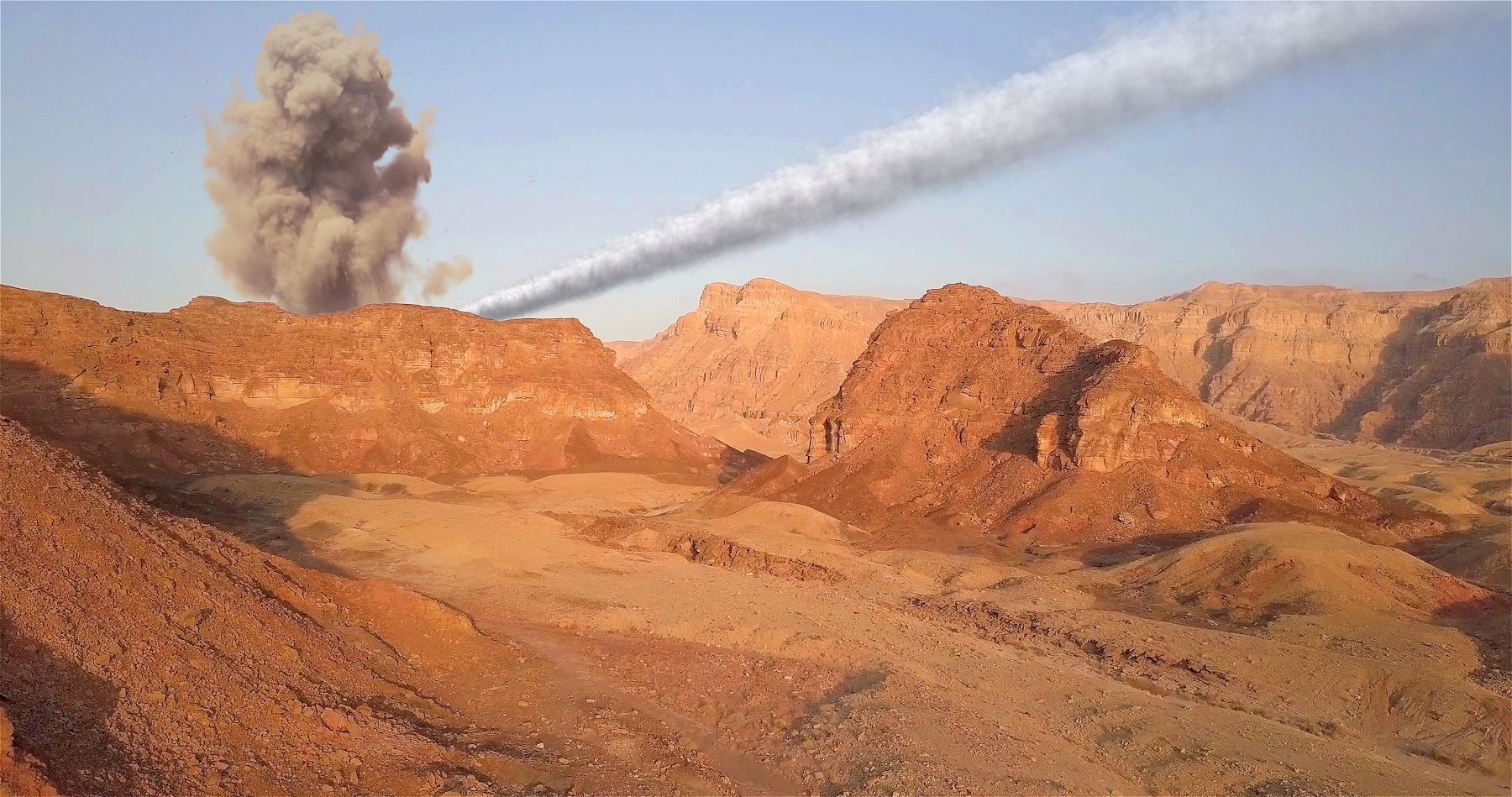 Moving on twenty-four hours: July 7 was the date on which the Washington Post reported the following: “A Catholic priest at Grafton, Wisconsin, said tonight that a round, metal disc, which might be one of the mysterious ‘flying saucers,’ had crashed into his parish yard and that he is holding it for the Federal Bureau of Investigation.” The source of the story was the Reverend Joseph Brasky who, on the same day, heard what he described as a “swishing and whirring” noise, followed by a thud and a mild explosion. On checking out his yard, Brasky found “a sheet metal disc about 18 inches in diameter, resembling a circular saw blade.” The resemblance was not a coincidence: that’s exactly what it was. Given the fact that the Washington Post stated that Brasky was waiting for the FBI to get involved, Special Agent H.K. Johnson – who operated out of Milwaukee – looked into the matter and prepared a memorandum. It did not place Brasky in a good light. Johnson recorded that at the time of the event Brasky had been “drinking quite heavily,” and despite what he told the Washington Post, “Brasky has never contacted the Milwaukee FBI Office or any agent concerning his find. In my opinion, this is just another hoax story, since a photograph of Father Blasky with the saw indicates no basis for any investigation by any authority.”

And, consider the following 1-page FBI report of July 11, 1947, which was sent to the Assistant-to-the-Director Edward A. Tamm. It was yet another “crashed saucer that never was” case, and which was also investigated by the aforementioned Special Agent H.K. Johnson. The document states: “SAC Johnson of the Milwaukee Office called to advise he had just received a telephone call from [a] Reserve Officer with the Civilian Air Patrol, Black River Falls, Wisconsin. [He] reported that at 3:30 p.m., July 10…at Black River Falls a large 17″ disc [was found] which appeared to have been possibly made out of cardboard painted with silver airplane dope. In the center was a tube and a small motor with a propeller attached to the side. Colonel [name deleted] expressed the opinion that this disc would not be able to fly by itself. He advised it would be taken to the Air Corps Headquarters.”

I’ll share with you one more case, which is a bit more intriguing, but which was also shown not to have involved a crashed saucer, after all – despite initial hopes and assumptions. Once again, we turn to the files of the FBI. A teletype message of July 18, 1947, described the discovery of “small burned spots about one and a half inches in diameter on [a] a green lawn [at Rindge, New Hampshire].” The message continues: “Also in the long dry grass on both sides of road in a circle approximately two hundred feet in diameter several little blazes had started and the Fire Department was called. Fires were apparently caused by metallic fragmentation which were turned over to [the] Massachusetts Institute of Technology.” Although this affair was initially suspected of being one of crashed UFO proportions, a source cited by the FBI stated that the fragments resembled the lining of captured, German V-2 rockets, “which he had observed at New Mexico.”

On the other hand, a source at MIT said that the fragments “are possibly the lining from a jet turbo plane.” Whatever the answer, the wreckage did not originate with a crashed disc from another planet, as had initially been suspected. As the examples above show (all of which can be found in the declassified UFO files at the FBI’s website, The Vault), in the very same month as Roswell, people were mistaking down-to- earth materials for the remains of crashed saucers, in many other locations across the nation. In other words, July 1947 was not just a month in which the United States was hit by UFO fever. July 1947 was also the month in which the United States was hit by crashed UFO fever. Had Roswell been a one-off example of an alleged UFO crash in July 1947, then I almost certainly wouldn’t be writing these words, as it would have been a unique, stand-out event. But that’s not what happened: people were reporting crashed saucers all over the place.

Now, I’m not completely saying that the many and varied bogus tales of crashed UFOs in July 1947 definitely have an adverse effect upon Roswell, which occurred in the same month as all those cases above. I do, however, think it’s important to recognize that when the Roswell event happened (and in its immediate aftermath), the nation was already talking about crashed discs. That’s to say, the specific time-frame, the media’s and the FBI’s involvement in claims of crashed discs, the public’s mindset, and the context, are all important angles when it comes to the bigger issue of trying to figure out what happened at Roswell - and also why, exactly, the wreckage was perceived as having come from a flying saucer. The fact is that in that crazy month of July 1947, all manner of things were perceived as crashed saucers. But, as the official record demonstrates, they weren’t crashed saucers. All of the above amounts to a very important issue: way back in July and August 1947, people were clearly primed to see crashed Flying Saucers, as all of the above stories make it abundantly clear.