It was in July of 1937 that the pioneering female aviator Amelia Earhart disappeared near the end of her flight around the world, yet her mysterious vanishing has never been solved and she continues to create news and controversy 85 years later. While most recent articles about Earhart usually focus the discovery of alleged parts of her plane or her remains, this week a beautiful large 3D outdoor mural of Earhart and her plane painted on a building in Taiping, Malaysia, in 2019 is being protested by historians who say the event it honors isn’t that important and may have never occurred. Did Amelia Earhart land at the Tekah aerodrome in Taiping to refuel on her doomed flight? Must the building take down what is now “The Biggest Outdoor 3D Mural Painting” in Malaysia? If she did, why all the controversy?

“The American had made a refueling stopover at Tekah Airport on June 7, 1937 before continuing her journey to Singapore and New Guinea in her attempt to circumnavigate the globe.”

On September 5, 2019, The Malay Mail reported on the completion of a huge mural on the wall of a shophouse at Jalan Abdul Jalil in Taiping. The mural measures 14.6 meters (48 feet) tall and 27.4 meters (81 feet) wide and, while some reports claim it took six artists over three months to complete using weatherproof paint, the Malay Mail said local artists Datuk Chen Teck Meng and Khok Chai Ong completed the drawing in nine days, just in time for that year’s Merdeka (Malayan Declaration of Independence Day) celebrations on August 31. (View the mural here.) The mural reportedly cost RM280,000 ($62,836 USD) and was part of a program begun in 2015 to decorate Taiping with murals. At the time, local officials said they had not received any complaints about the mural, which was eventually listed in the Malaysia Book of Records as the “Biggest Outdoor 3D Mural Painting.”

"Usually there is a review process. We will also request the parties concerned to provide evidence that the facts are authentic. Maybe there is a discrepancy in terms of opinion here. I still haven't received a response. So, we will discuss it again with the president of the MPT, but if it is true, we will make a correction there."

State Housing, Local Government and Tourism Committee chairman Datuk Nolee Ashilin Mohammed Radzi sounds surprised this is still an issue in 2022, but promises to investigate the approval process with the Perak state government. That comes in response to a complaint from the local historical society.

“Historical facts must not be changed, as it’s something the whole world will be reading about.”

Perak Heritage Association secretary Nor Hisham Zulkiflee disagrees with the tourism committee chairman, saying the issue WAS raised in 2019 but was ignored.

“Is the character a Taiping born? The plane landed in Taiping? The woman married a local or died there? Don’t tell me just because she refilled her petrol here it became a historical matter? There are many other historical matters than could have been highlighted.”

According to Yahoo! News, complaints were posted on Facebook in 2019 about the historical validity of the mural as well as the opinion that, even if it did happen, was a refueling stop big enough to honor with a record-setting mural? What did this have to do with Merdeka and Malaysian Independence Day? The celebration commemorates August 31, 1957, when Malaysians proclaimed the establishment of an independent and democratic Federation of Malaya, terminating the British protectorate and ending British colonial rule. This happened 20 years after Amelia Earhart disappeared and there was truly no correlation between the two events.

So, did Amelia Earhart and navigator Fred Noonan make a fuel stop in Taiping in 1937? Did they file a formal request to do this but never followed through? Is this yet another Earhart hoax? For answers, we first turn to the Earhart Project, which has done extensive investigations into the disappearance and conducted many expeditions to sites containing alleged plane parts and remains. The flight plan the project uses shows no side trip to Taiping or Malasia. Next, we check with Tripline, which also shows a log of the flight – no trip to Taiping there either. Finally, we go to the Earhart Truth website run by Mike Campbell, a journalist, author and longtime Earhart investigator. He found a single claim that Earhart stopped to refuel at Taiping in Wikipedia’s Taiping Airport entry:

“The airport also achieved fame through the famous American aviator, Amelia Earhart in 1937, when she was doing her world flight and made a stopover at the Taiping Airport for refueling.  Amelia Earhart was flying between Thailand and Singapore and permission to land at Taiping Airport was granted on 7 June 1937 by the then Resident-General of Malaya.”

However, there are no supporting documents or links. (Note: the entry no longer says “made a stopover at the Taiping Airport for refueling.") Campbell then went to the book “Last Flight” – a collection of diary entries and other notes compiled by aviation pioneer Amelia Earhart during her failed attempt, edited by her husband, publisher George Palmer Putnam, and published posthumously. Nowhere in the book does it state that Earhart and Noonan made a stop in Taiping while traveling between Bangkok, Siam (now Thailand) and Singapore. Also, Earhart was in Natal, Brazil, on June 7 and would not have asked on that date for permission to refuel in Taiping. Since no records show her landing in Taiping, Campbell thinks Earhart may have gotten the permission at some point but changed her mind. That small event turned into the urban legend that inspired the controversial giant 3D mural in Taiping. 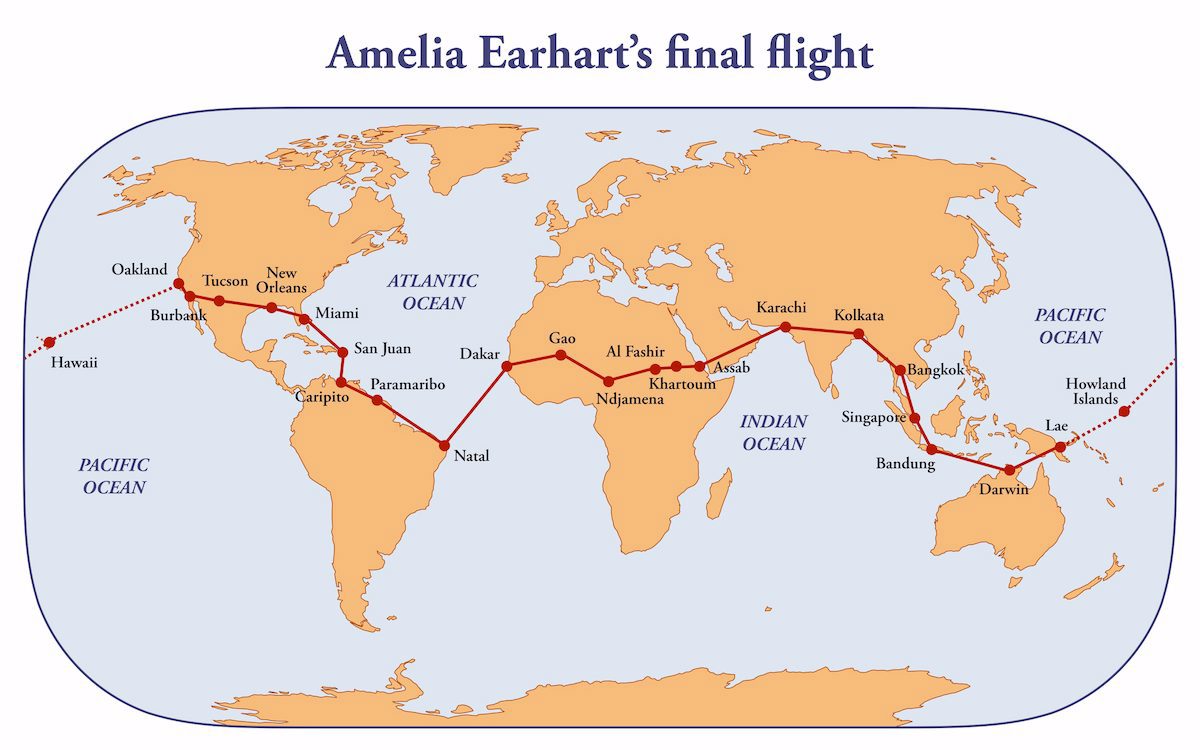 Ah, yes … the mural. Should the Taiping mural of Amelia Earhart be painted over with a more local – and more accurate – tribute? Should it be allowed to stay – even if it is wrong – because it has already brought notoriety and tourism dollars to Taiping?

One thing is for certain – Amelia Earhart’s flight ended prematurely but her legend lives on and no amount of controversy can end that. 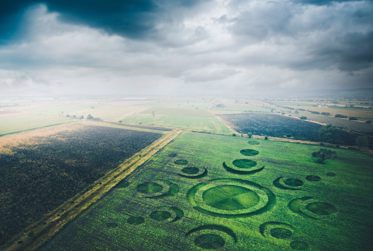