As more time passes without a confirmed and believable explanation for the various UFO videos recorded by Navy pilots and ship personnel, the number of people moving to the side that thinks they might be extraterrestrial spaceships keeps going up. However, one person who hasn’t crossed over to the ‘dark side’ is a retired aerospace engineer and popular paranormal author who calls himself a “card-carrying member of the Military/Industrial complex.” With that kind of background, his opinion is respected … which is why many people are nervous when Mike Bara says he believes the Gimbal, Tic-Tac and Go Fast videos show something scarier than aliens – a cover-up of a false flag operation to convince the public of an alien invasion. Who is Mike Bara and could he be right? 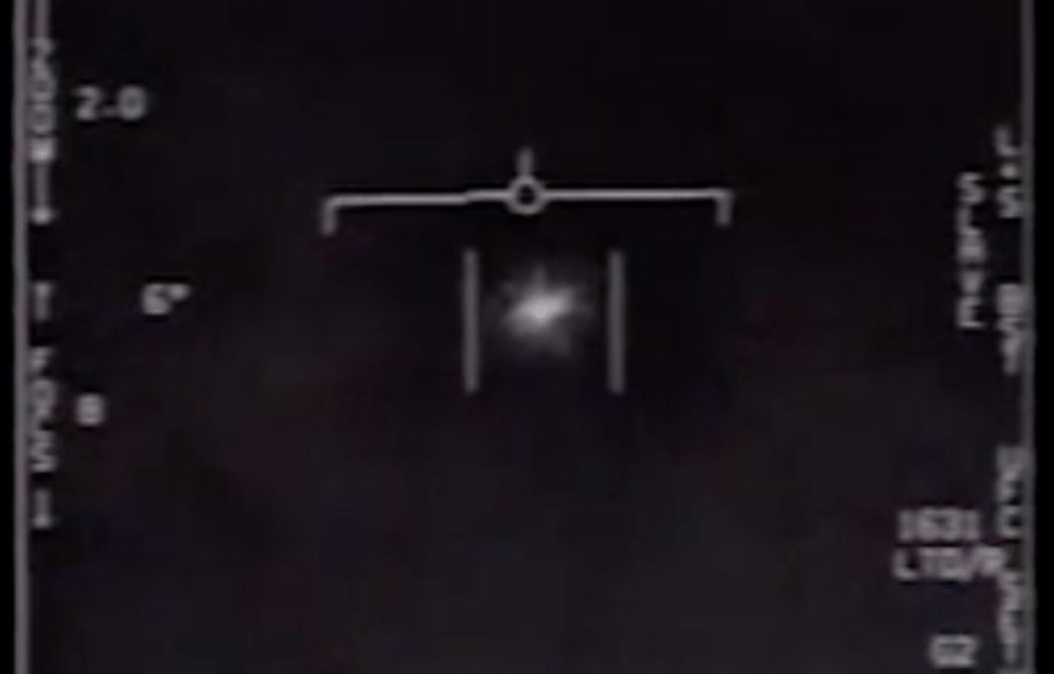 “There’s nothing exceptional about anything on any of these videos.”

In an interview with The U.S. Sun, Mike Bara reveals the many reasons why he thinks the government videos showing mysterious UFOs aren’t mysterious at all. You may know Bara from his many books, including “Ancient Aliens on the Moon,” “Ancient Aliens on Mars,” “Ancient Aliens and Secret Societies,” and “Dark Mission-The Secret History of NASA” which he co-authored with Richard C. Hoagland. Or you may know hem from his numerous appearances on paranormal radio and TV broadcasts. His experience in aerial phenomena comes from more than 25 years as an engineering designer/consultant for major aerospace companies – experience he claims makes him an authority on identifying strange aircrafts.

“For example there’s the Tic Tac video when they say ‘Oh look it shoots off the screen at rapid speed’ – that’s not what happens. There’s a little instrument indication there on the display that’s the zoom factor and what happens it says it’s zooming from one, which is the normal focal length of the lens, to zoom factor two. So what happens is they zoom up and it zooms up passed the object and it disappears off the side of the screen. The object doesn’t move at all and that’s very obvious to anyone who knows what they are looking at, but they are passing this off as ‘oh the object shoots off the screen’ and then they cut off immediately.”

In the interview, Bara starts with the Tic Tac video from the USS Nimitz incident of 2004. Since it occurred in 2004 (but was only revealed in 2017), the technology – both of the Navy and of the Tic Tac UFO -- is nearly 20 years old. It seems he has identified a blatant error in the interpretation of this video – the UFO did not fly out of the range of the camera but instead disappeared off the side because the operator zoomed in – reducing the area shown. Bara questions how ‘experts’ in this could have missed it. His answer?

“Immediately watching that I’m detecting an air of deception about these videos. They’ve been sanctioned – in essence – by the Pentagon which means the military wants you to think these might be alien spacecraft. My question is, ‘Why would they want that?’”

Before he answers his next question, Bara looks at the so-called “GOFAST” video (watch it here) from the 2014–2015 encounters by pilots from the USS Theodore Roosevelt carrier strike group on the east coast of the U.S. He points out that the encounters occurred at altitudes less than 25,000 feet, they were all at subsonic speeds and the UAPs traveled in straight lines. If these are sophisticated technology from extraterrestrial or enemy terrestrial sources, they certainly didn’t impress him.

“And in the Gimbal video that thing looks like a drone combat aircraft being texted and you’re simply looking down on the wings as this F-18 is tracking it. Why is this narrative that these may be alien spacecraft being pushed?”

Bara makes another observation that puzzled this writer as well – and should bother anyone watching a certain popular military movie that is the top gun at the box office this summer.

“Also you hear these pilots going ‘Woah, dude look at that!’ I’ve known fighter pilots, they don’t talk that. You don’t talk like that in a combat situation, everything is very much by the book."

Could this dialogue have been scripted for civilian ears? Bara starts connecting some dots … all of this talk of UFOs and potentially hostile aliens could be a distraction designed to cover up for something else. It should be no surprise that the military uses false narratives during warfare – many successes in World War II depended on the Axis powers believing false narratives, and the debate continues on the false narratives many claim were used by the U.S. government to justify wars in the Persian Gulf areas. Bara gives his idea for what is being covered up by Tic Tacs.

“And the answer I keep coming back to is they are preparing for something new.”

Bara calls himself a “Born Again conspiracy theorist,” so what he proposes should come as no surprise in this era of conspiracy theories driving political agendas. He first references Project Blue Beam – the alleged plan to use holographic projections to scare the populace into a mindset of panic that makes them easy to manipulate. Then he replaces Blue Beam with Tic Tac – after all, he’s already pointed out that many people in government positions push the possibility of alien spacecraft and were disappointed when the recent Pentagon presentation to Congress did not include the possibility or the data that seems to point to it.

“It would be like ‘Oh gosh we’re being invaded by aliens, everybody stay at home, we’ll take care of you and we’ll fight the aliens. That could give people who want a globalist government – a new world order – the perfect excuse to lock everyone down and take control of the streets.” 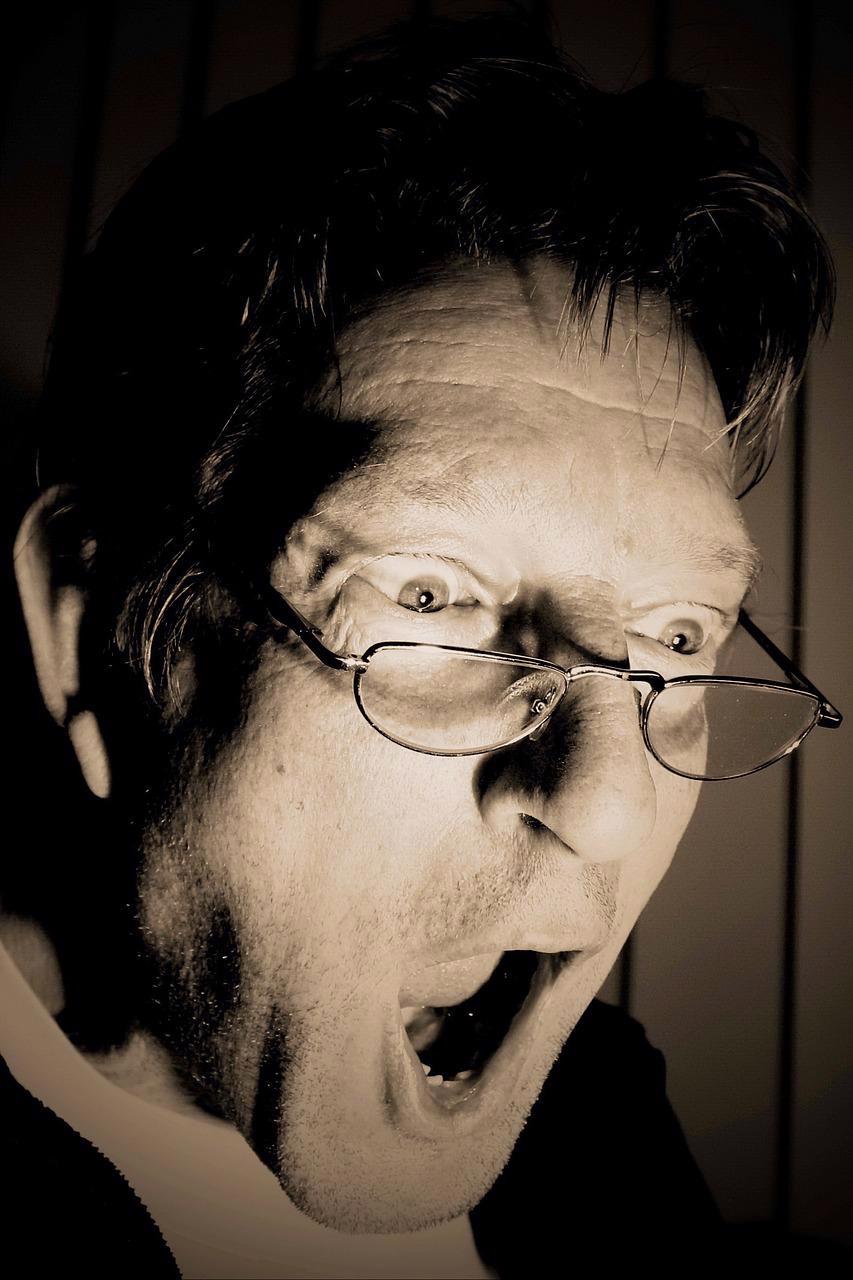 The seeds have already been planted – ‘alien invasion’ seeds by some in the government, and ‘new world order’ seeds by many in politics and the media. This writer can definitely see the dots connecting to distraction, panic and control. It remains to be seen what the next dots in the line might be. In another recent interview, Mike Bara reminds us of what many hate to accept but already know as he connects the Tic Tac dots to Roswell.

“Seventy-five years they’ve been lying to us. What makes you think that because it’s on ’60 Minutes’ they’re not lying to you now?”

What do you think? Is there really nothing exceptional in the vidoes from the military pilots and personnel? were they scripted and staged as part of a flasle flag narrative to ultimately take control of the general populace?

What will you do it if is? What does that say about us?

We're Living in a World of Dangerous Shapeshifters: Creatures That Can Change Their Forms