There is a beautiful 52-acre park south of the White House in Washington DC which is sometimes referred to as President's Park South but which most people know by the name which describes its perfect shape – the Ellipse. Bordered by the south White House fence, Constitution Avenue and the National Mall, the Ellipse is open to the public, home to a number of monuments and the location of many Washington events. One in particular on January 6, 2021, has the Ellipse in the news quite a bit recently, but that’s not why we’re interested in it here. However, they have one thing in common – a conspiracy theory involving the Ellipse, although this one dates back to its beginning in 1791 and involves a buried treasure, a meridian and the Freemasons.

The Washingtonian recently brought this Dan Brown-ish story to light and the introduced the researchers who developed the conspiracy theory. But first, let’s look at the history of the Ellipse. Pierre (Peter) Charles L'Enfant, a French-American military engineer, was commissioned by President George Washington to design the basic plan for the “Federal City” (now Washington, D.C.). The L'Enfant Plan laid out the city in the now-familiar grid pattern and included locations for “the President’s House” and open spaces, including an elliptical area known then as "the White Lot" due to the whitewashed wooden fence surrounding it. This true Ellipse measured 1,058 feet (322 m) on its east-west major axis, and 903 feet (275 m) on its north-south minor axis. During the American Civil War, the grounds of the Ellipse were used as corrals for horses, mules, and cattle, and as camp sites for Union troops. In 1860, it was the regular playing field for the Washington Senators baseball team and was the site of the first game between the Senators and the Washington Nationals. However, our story centers around not home plate but a different kind of plate – a flat stone engraved with the words “U.S. Meridian 1890” at the exact geographic center of the Ellipse. (Photo here.)  It refers to a plan by Thomas Jefferson to create an American prime meridian that ran through the front door of the White House. While the plan was never adopted, the stone marker is still there on the so-called Jeffersonian axis. 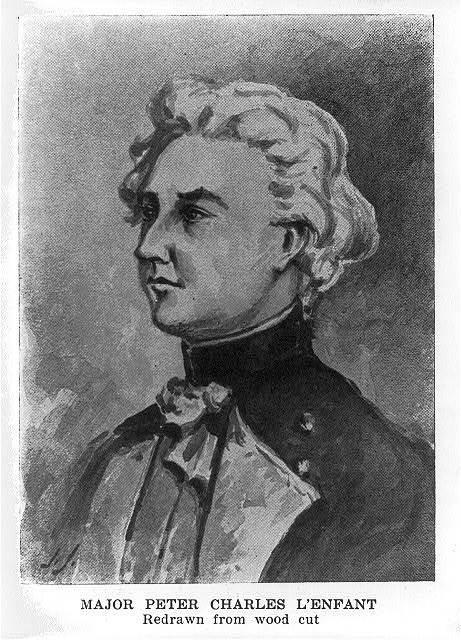 That brings us to amateur historians Alan Butler and Christopher Knight, who run a website called “Washington DC’s Chamber of Secrets.” They explain to Washingtonian.com how they believe the Ellipse meridian stone is connected to the Freemasons and a buried treasure. It starts with the Freemasons, who counted many of the founders of the United States as members, including George Washington, who enlisted freemasons to help lay out the design of Washington DC. Butler and Knight point out that Freemasons are known to build and utilize secret chambers for rituals as well as for hiding and storing precious and mysterious items – fans of Dan Brown’s novels know this as well. During the Presidency of Andrew Johnson in the late 1860s, army engineers under Lieutenant Colonel Thomas Lincoln Casey were charged with maintaining Washington DC's central areas, including grading and laying out Ellipse Park.

That’s right … the US Army was not allowed to approach the center of the Ellipse … and the reason given was “sewage work” – work that is done underground. This is where Butler and Knight connect some more dots – President Andrew Johnson was a 33rd-degree Scottish Rite Freemason, the sewage work could be a cover for building or maintaining secret Freemason chambers underneath the center of the Ellipse, and the center is on L'Enfant ‘s meridian connecting it directly to the White House. If the spot is so important, why is the Meridian Stone, allegedly (according to its engraving) set in 1890, so nondescript and unknown to all but a few people? The Washingtonian gives a possible answer from Knight and Butler.

“They write that when Pierre L’Enfant was planning the city, the site where the Ellipse meridian stone now sits “was considered to be the most important place in Washington DC. This improbable claim rests on an obscure and disputed theory of ancient measurements that was proposed by an Oxford engineering professor named Alexander Thom. In the 1950s, Thom began obsessively surveying prehistoric structures, eventually concluding that a common unit of measurement underlies their geometry. He called it the “megalithic yard,” equivalent to about 2.72 feet.”

Alexander Thom claimed that many megalithic sites in Britain, Greece, Egypt and other places support his “megalithic yard” theory. While most archeologists don’t see the connection and dispute the theory, it fits prominently in Knight and Butler’s ‘hidden chamber under the Ellipse meridian stone idea. They claim the widest part of the Ellipse measures exactly 366 megalithic yards, and that the distances between the Ellipse meridian stone and some other prominent Washington locations are all exactly divisible by 366 megalithic yards. Those sites (Dupont Circle, Logan Circle, Washington Circle, Mt. Vernon Square, Lafayette Park, the White House and others) on a map can be connected with lines that form “a giant and elaborate arrow, quite definitely and deliberately pointing to the very centre of the Ellipse.” (See a map with the arrow here.)

Why an arrow? Knight and Butler say this makes it a treasure map of sorts pointing to what is hidden in the chambers under the stone at the center of the Ellipse. What kind of treasure?

“In our book 'Before the Pyramids' we have speculated about what the secret chamber might contain, possibly treasures from below the Temple Mound in Jerusalem that then spent some centuries in Scotland beneath the mysterious Rosslyn Chapel.”

Knight and Butler admit this is just speculation, but the Washingtonian points out they also mention “Enoch’s triangle of gold” from the Book of Enoch, an ancient Hebrew apocalyptic religious text tied to Enoch, the great-grandfather of Noah, who was said to travel to heaven through a triangular portal. While Knight and Butler are believers in the underground chambers and see all of the connections between the dots, the Washingtonian did some digging of the investigative kind.

“Yep, there’s a 116-inch circular sewer that crosses the Ellipse and the White House grounds. It’s the kind of thing that you could drive a bus through. Looking at the White House and Ellipse grounds—I mean, they were constructing major stuff under there.”

Journalist Elliot Carter, an expert on DC tunnels, confirmed the existence of sewers with a map from 1885. He says the 1880s were a busy time for Washington DC infrastructure building and the work was well-covered by the media at the time. For security reasons, the works were extensively documented, and Carter says he’s found nothing like a secret chamber under the Ellipse meridian stone.

That brings us back to the Ellipse meridian stone. Is it so nondescript and unnoticeable because there’s really nothing to describe or notice beneath it? What kind of conspiracy theory is that? Sadly, the current news about the Ellipse may overshadow this for a long time to come. Just remember, it’s against the law to dig on the Ellipse or go exploring in the abandoned sewers underneath it.