You can breathe a collective sigh of relief … July 5, 2022, has come and gone and none of us were sucked through a portal into another dimension and trapped there by the Large Hadron Collider. Wait … what? That was a possibility, you ask? Why weren’t we given a warning, you say? It turns out we were … and those same harbingers of Hadron doom are issuing more alerts that we may still wake up one day in another dimension – courtesy of the Large Hadron Collider in Bern, Switzerland. Should we be worried about the portal … or about the fact that such conspiracy theories can get so much attention? Will CERN try to ‘weasel’ out of this dilemma again. Wait … what … weasel?

“We will be focusing the proton beams at the interaction points to less than 10 micron beam size, to increase the collision rate. Compared to Run 1, in which the Higgs was discovered with 12 inverse femtobarns, now in Run 3 we will be delivering 280 inverse femtobarns. This is a significant increase, paving the way for new discoveries.”

CERN Director for Accelerators and Technology Mike Lamont, who speaks at a level par higher than this writer’s pay grade, announced on July 4 that CERN has ended the Large Hadron Collider’s Long Shutdown 2 (LS2), which began December 10, 2018, so that the LHC and the rest of the CERN accelerator complex could be maintained and upgraded, with the primary goal being to implement the High Luminosity Large Hadron Collider (HL-LHC) project that will increase the luminosity by a factor of 10.  The LHC is now ready to collide protons again at the unprecedented energy level of 13.6 TeV (teraelectronvolts of total collision energy) – more than double the world record of 6.5 TeV per beam held by – what else – the Large Hadron Collider. While physicists at CERN and around the world were excited by the news, other people were terrified.

“CERN is turning on the particle accelerator 😫 they say it’s to measure protons but going down the rabbit hole it’s much darker than that. Possibly opening up a portal of some kind, they’re looking for a godlike particle or another dimension …”

“CERN is opening a multi-dimensional portal on July 5 and will be using dark matter!” 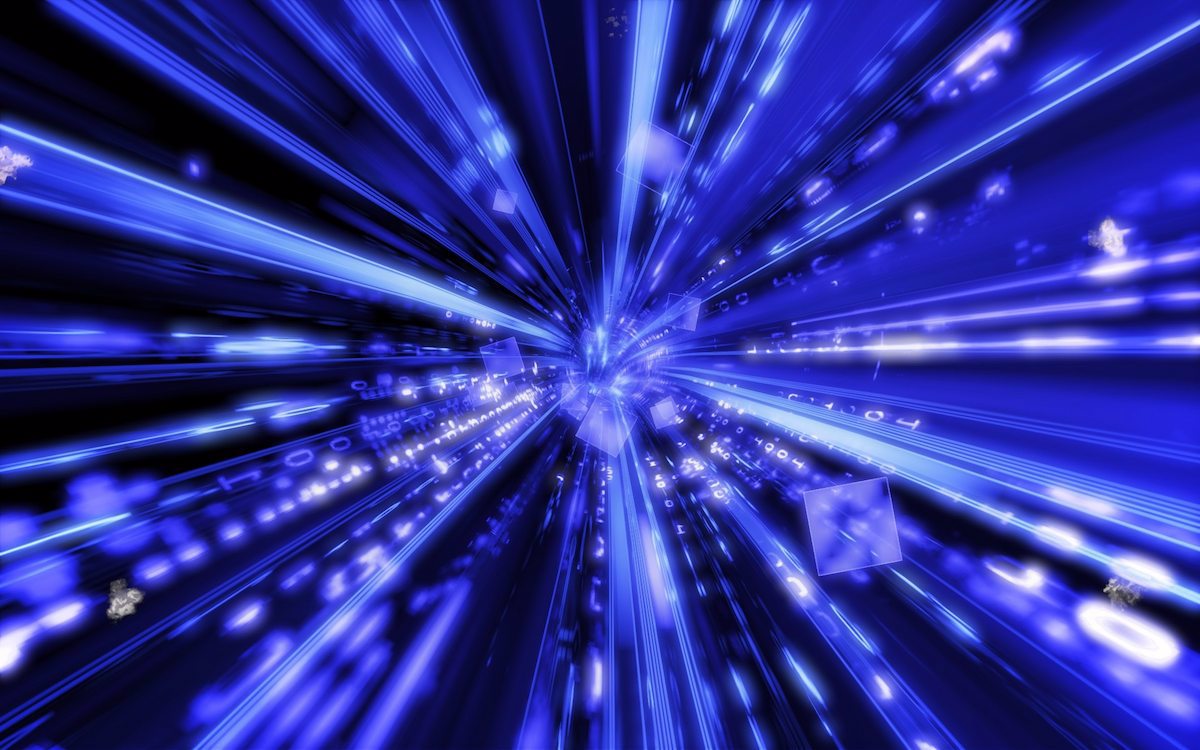 The Internet has been quickly filling up with tweets and social media messages featuring dire warnings of a portal opening and a metaphysical shift occurring when the LHC fired back up on July 5th. Some of the more apocalyptic ones being proposed are warnings of openings to the  gates to Hell, demonic portals, doorways to the multiverse and the like. As usual, there are tiny specks of truth in the warnings – it was firing up on July 5 and its previous run did find the Higgs Boson or “God particle.” The current run has as one of its goals to simulate microscopic black holes in order to learn more about the Big Bang and the birth of the universe. And then there is the record-breaking energy level. That piece is stirring up rumors of “strangelets” -- hypothetical material made up of “strange matter” that could “infect” regular matter. Do those goals sound familiar?

“The gate… I opened it.” (Eleven from “Stranger Things”)

Those two goals of the new run of the Large Hadron Collider have fans of the Netflix horror sci-fi series “Strange Things” finding links between lines like that one from Eleven in Season One and many plot twists in the show that evolves around a scientific experiment gone bad that opens a portal to the Upside Down – an alternate dimension whose dangerous creatures manage to find ways into reality. Some Twitter posts go so far as to speculate that “Stranger Things” has predicted what is going to happen when the Large Hadron Collider fires up.

“Thinking about CERN & recent predictive programming. Dr. Strange Multiverse of Madness.. Stranger Things Vol. 1, Vol. 2 drops 7/1. All about opening a portal to another dimension & fighting off beings that come through it. & CERN turns on 7/5.. They’re getting everyone ready.”

“We also need to talk about how Stranger Things is basically foretelling what could happen if they turn CERN back on.”

According to the podcast Fever Dreams, you will know you’ve traveled to and back from another dimension if you suddenly begin suffering from the ‘Mandela Effect’ – you misremember things like “Febreze” is spelled “Febreeze (it’s not),” Nelson Mandela died in prison (he didn’t) or the logo of clothing brand Fruit of the Loom featuring a cornucopia (the fruit have no basket). One very strange solution proposed to prevent being sucked into the portal involved ‘adult’ beverages.

“There is a growing New Age movement that believes that if you had an alcoholic beverage on July 4, there is a good chance you may be stuck in this dimension when we all jump to the new one.”

We have survived July 5th and there don’t appear to be any news reports about persons disappearing into other dimensions or returning with emotional issues about the spelling of cleaning products. However, we shouldn’t be surprised that the Large Hadron Collider can cause such conspiracy theories. Back in 2016, there was another LHC event that had many people believing it affected the American presidential election.

“The Large Hadron Collider, a 17-mile superconducting machine designed to smash protons together at close to the speed of light, went offline overnight. Engineers investigating the mishap found the charred remains of a furry creature near a gnawed-through power cable.”

NPR and other mainstream media outlets reports that in late April 2016, a weasel (or possibly a marten) caused electrical problems resulting in a shutdown just as the LRC staff was preparing to collect new data on the Higgs Boson – the God particle. According to The Daily Star, conspiracy theorists believed the weasel-induced shutdown set off a chain of world events which started with a portal in the clouds that appeared right after the power went out at CERN, continued with the tragic killing of the beloved western lowland gorilla named Harambe by gunmen at the Cincinatti Zoo after a three-year-old boy accidentally entered Harambe’s enclosure … and ended with the election of President Donald Trump. Really!

It has nothing to do with the Large Hadron Collider or the show of the same name, but stranger things seem to definitely be happening.

Or ARE they related?