Next to the UFO which allegedly crashed in Roswell, New Mexico, in 1947, no unidentified flying objects are more well known to Americans than the Tic Tac UFOs witnessed and recorded by Navy pilots and Navy ship personnel in 2004 off the coast of Southern California. While the U.S. Pentagon has confirmed that these UFOs were real, neither it nor the U.S. government has publicly revealed what they might be – even in a public hearing earlier this year by the very department created to track and identify them. This has been a source of frustration to military personnel, especially the pilots, who put their lives on the line flying to encounter these UFOs, and then putting their reputations on the line by revealing them. Not only that, there are other UFO encounters which show far more advanced technology and aggressiveness which aren’t getting the same attention. Non-military investigators have faced similar frustrations in attempting to solve the mystery or obtain more data from the government. Two of them – a pilot and a documentary filmmaker -- recently sat down for interviews and talked about what they saw and their exasperation with the U.S. military in getting more information on both the unidentified aerial phenomena and the transmedium objects that flew both above and below the water at seemingly impossible speeds.

“I see frustration. I see confusion about what [the aviators are] seeing. That’s not normal language [in the UFO reports]. That’s not how we operate.”

Former Navy F/A-18 Super Hornet fighter pilot Ryan Graves came forward in 2019 to reveal first-hand details of his and other pilots’ experiences during their 2015 deployment to the Persian Gulf aboard the USS Theodore Roosevelt. At that time he revealed that he and fellow pilots encountered anomalous radar tracks and fast UAPs in both the Mediterranean Sea and the Persian Gulf but their support of the conflict in Syria did not give them time to investigate the phenomena. However, the frequency of the encounters was significant.

“While flying in the med [Mediterranean] during the transit, or while operating in the Gulf, the workload we have is significantly higher and we had less time to explore the phenomena, especially at this point where it was such a daily occurrence we essentially only gave them enough thought as to avoid hitting them.”

At that time, Graves said many of the radar signatures showed the UAPs performing the same impossible maneuvers at the same impossible speeds as those seen by pilots in Southern California and elsewhere. Graves repeated these stories on “60 Minutes” in August 2021. Now it is July 2022 and Ryan Graves recently told “The Hill” that he and fellow pilots and former pilots are upset that the U.S. government has done little to encourage military personnel to come forward with more UFO stories, protect them from repercussions or, most importantly, identify the phenomena.

“I lost about a friend a year on average while I was in the Navy. … This is a dangerous business. To think that we’re adding more danger for no reason is outlandish. (This) is unacceptable. It’s a demonstration of ignoring the needs of their operators. That’s the bottom line.”

When asked about the recent Pentagon UFO presentation to Congress, Graves expressed his view that it was typical government doublespeak: “We don’t know what these [objects] are, but everything’s under control.” He vehemently denied that any experienced pilots would mistake balloons for UAPs and said there were no balloon sightings in their official reports. On the other hand, those reports include comments that clearly show the desperation of these pilots as they put their lives on the line to engage with an unknown enemy – comments like “please respond [via classified] email,” “any questions, please ask” and “will there be another [Office of Naval Intelligence] brief before [we] deploy?”

“We’re way out there — in some cases hundreds of miles out to sea — and yet there’s air traffic operating, and they’re operating in ways that are befuddling our aviators.”

And don’t tell Grave these are drones – especially hundreds of miles from land. He told “The Hill” they never see them descending to a boat or submarine either. That brings us to someone who HAS seen UAPs descend not only to the water but below it, making them ‘transmedium’ UAPs – documentary filmmaker Jeremy Corbell. Corbell is responsible for revealing photos, videos and data he’s received from confidential government sources on the 2019 Pacific coast incidents with the USS Omaha and other ships and has continued to obtain more evidence to support the reports by Ryan Graves and other pilots. He was also the only civilian named during the Pentagon UFO presentation to Congress, and his findings have been confirmed by the Pentagon. Corbell was recently interviewed by The U.S. Sun and expressed his own frustrations about the government and the military regarding unidentified aerial phenomena with unbelievable capabilities.

"UFOs are real and remain a national security issue bigger than we knew."

In particular, Corbell is concerned about what a few of the films showed – UAPs suddenly entering the water.

"It was understood that they disappeared into the water, leading to the hypothesis that these objects are transmedium. Transmedium is the ability to traverse space, air or sea without destruction, seemingly defying the known laws of inertia.”

Not only do these UFOs travel many times faster than the speed of sound without a sonic boom, they enter the water at those speeds without being destroyed – a capability he says military personnel have told him is a sure sign “that they're gravitationally propelled" and protected by some sort of gravitational distortion envelope to allow it to pass from air to water and back. That’s “beyond what our military or any technologically advanced nation has been able to demonstrate in the theater of war or otherwise." 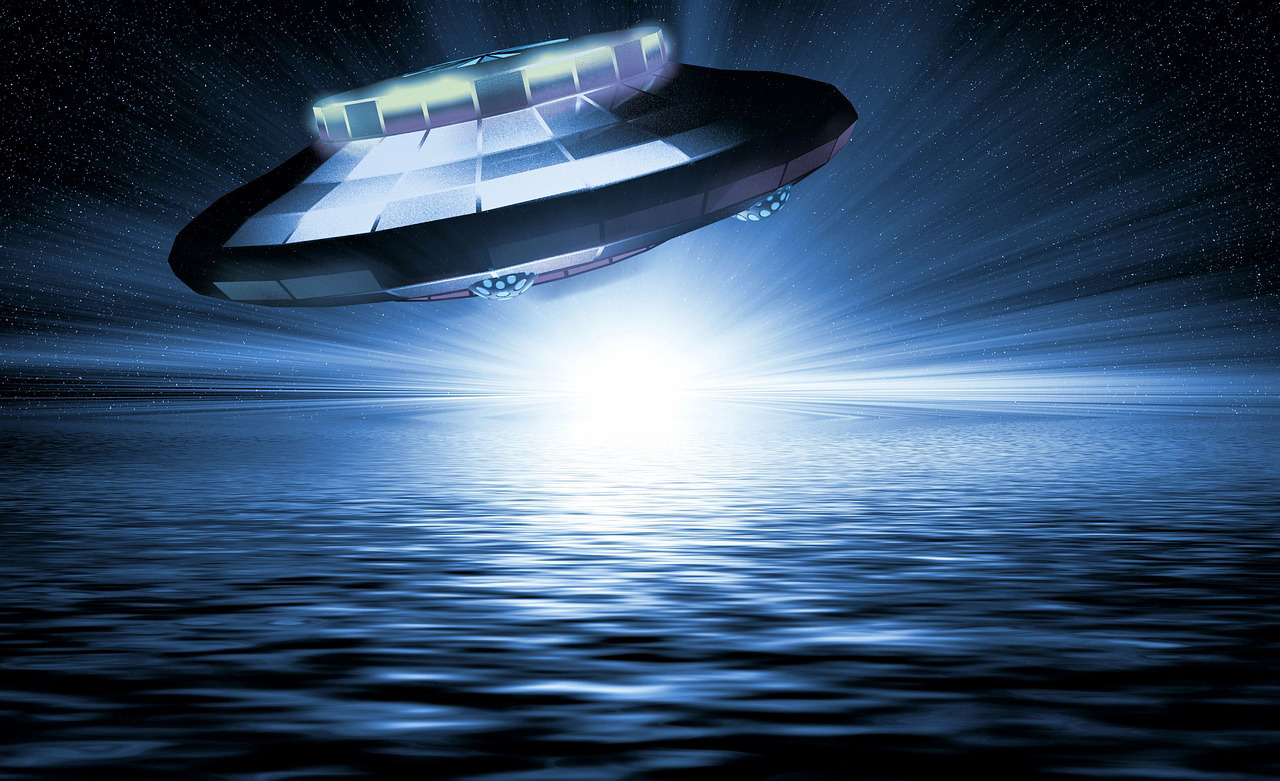 Is anyone in the U.S. government concerned? At the end of June, the Senate Select Committee on Intelligence passed the Intelligence Authorization Act for Fiscal Year 2023 (IAA) by a unanimous and bipartisan 16-0 vote, which “authorizes funding and ensures that the Intelligence Community (IC) has the resources, personnel, and authorities it needs to protect our country and inform decision makers. The last two funded items may make Jeremy Corbell feel a little better.

“Enhancing oversight of IC and Department of Defense collection and reporting on Unidentified Aerospace-Undersea Phenomena; and Increasing transparency and promoting efforts to reform the declassification process.”

Corbell may want to test that “transparency” immediately – he told The Sun he is aware of US military encounters with advanced UAPs in areas that include the South China Sea and current active war zones that are "routinely observed and either engaged or dismissed" by the military.

Filmmaker Jeremy Corbell says the military is encountering advanced transmedium UAPs around the world. Ryan Graves says the military witnesses are frustrated because few in government believe them or show signs of truly investigating these dangerous crafts which are threats to national -- and world -- security.

When it comes to investigating UFOs and disclosing their sources to the public, has anything really changed?