Scanning the Skies: The UFO-Radar Connection

Although most people who have a UFO encounter see something in the sky, it's not always like that. Sometimes, the UFO is "captured" by radar. And that's the theme of today's article: the connection between radar and UFOs. Before we get to some amazing cases, let's have a look at what radar actually is. As Military Wiki explain: "Radar is an object detection system which uses radio waves to determine the range, altitude, direction, or speed of objects. It can be used to detect aircraft, ships, spacecraft, guided missiles, motor vehicles, weather formations, and terrain. The radar dish or antenna transmits pulses of radio waves or microwaves which bounce off any object in their path. The object returns a tiny part of the wave's energy to a dish or antenna which is usually located at the same site as the transmitter." With that now said, let's look at some amazing cases of the UFO/radar-type. A perfect example, is a collection of U.S. Air Force documents that detail an astonishing wave of UFO activity that occurred in early 1958. They are files declassified under the terms of the U.S. Freedom of Information Act, but which have not generally received the positive commentary they deserve.

The mystery began on the night of March 9, 1958. The location: a now-closed U.S. Army installation on the Panama Canal Zone called Fort Clayton. It was around 8:00 p.m. when a UFO was tracked, by anti-aircraft personnel, in the Canal Zone area. Further blips soon appeared on the screen. Clearly something unusual was afoot. It turns out that Fort Clayton was not the only base monitoring unusual aerial activity. Radar staff at Fort Amador, Flamenco Island were also tracking something airborne and unknown. In fact, they were tracking two UFOs - both of which maintained a circular pattern above a nearby installation, Fort Kobbe. Their heights, however, fluctuated between 2,000 and 10,000 feet. It was at this time that staff at Taboga Island's Track Radar Unit confirmed they were keeping a careful watch on certain unknowns, too.

Shortly before midnight, personnel at Fort Amador chose to take a new and novel approach to try and identify the UFOs: they bathed them with powerful, ground-based searchlights. The response was incredible: in no more than a handful of seconds the UFOs headed skywards from 2,000 to 10,000 feet. Official records on this particularly eye-opening development state: "...this was such a rapid movement that the Track Radar, which was locked on target, broke the Track Lock and was unable to keep up with ascent of the objects. As Track Radar can only be locked on a solid object, which was done in the case of the two unidentified flying objects, it was assumed that the objects were solid." The mystery remained exactly that: a mystery.

Now, let's look at a U.K.-based incident. On October 26, 1991, the late J.R. Oliver wrote to UFO author/investigator Tim Good and related an amazing story. At the time, I was working on my first book, A Covert Agenda, and, on December 4, 1991, Tim sent me a copy of Oliver's letter - thinking that I would find it interesting, which I most certainly did. Unfortunately, by the time that I wrote to Oliver, he had passed away. His wife, however, very generously gave me permission to use the account of her late husband, and which makes for fascinating reading. Oliver began..."In August 1949, in order to test the updated air defences of England against attack, Operation Bulldog was launched. Operation Bulldog's attacking forces consisted of aircraft of the Benelux countries supported by U.S. air squadrons based on the continent. Flying from various airfields in Holland, France, Belgium and Germany, their objective was to attack London and other prime targets in southern and midland England, without being officially 'downed' by fighter aircraft brought into action by the defensive network of Fighter Command." The team, however, found something else.

Oliver continued as follows: "I was, at the time, a radar operator who was stationed at RAF Sandwich in Kent, a Ground Control Interception station, used to verbally direct fighter aircraft onto target aircraft by means of radar guidance and radio transmission. In conjunction with neighbouring radar stations, our function, especially during Bulldog, was a busy one. As can be appreciated, air and sea traffic in the vicinity of the Channel tended to be heavier than in other areas of the UK and this reflected in the general high performance of radar stations in that area. All personnel at RAF Sandwich were fully skilled and right on top of their job. Two watches were kept, A and B, on alternate twelve-hour shifts for the duration of Bulldog. About a week into the exercise, after a few hours of being busy, we were stood down, about midnight. Things had gone slack and 'Group' had advised is that we could take a break. This was in the normal run of things during the exercise and except for one radar operator to keep general watch and one other to man the PBX, there was a general move into the small canteen across the corridor."

It wasn't long at all before something very weird occurred (and that's putting it mildly, to say the least...) as Oliver noted in his letter: "Within about fifteen minutes, the PBX operator came in, approached the Duty Controller and advised him that Bethe first to see the contact and my plot was the first to go on the plot board. As other radar operators took their positions, more plots were called out concerning position of the object and its height. The object was flying roughly parallel with the south coast, from west to east. Reaching a point out to see off the 'heel' of Kent, it abruptly turned north and as it approached the Thames estuary we passed it on to Martlesham radar, with whom we had been in contact via the PBX link, and whose radar area impinged on our own. Shortly after, we lost contact with it, due to the limit of our own radar range." Oliver then noted something even more incredible: "It was a simple matter to assess the speed of the object from the times and distances between plots and its height was directly read from our Type 13 radar, designed specifically to read the height of any aircraft within its range. Flying at close to 50,000 feet, the air speed of the object we had observed and plotted in accordance with RAF standard procedures was assessed at very nearly 3,000 miles per hour. This case, too, remained unresolved.

William Maguire, who enlisted in the Royal Air Force in 1950, told me in a personal interview: “From the early part of 1950, I did my basic training for a few months, and the rest of the year I did technical training and worked on radar and became an instructor. By 1951 I was operative at RAF Sennen, near Land’s End in Cornwall. I was a junior NCO [Author’s Note: Non-Commissioned Officer], a corporal; but at the time of this incident in 1952, I was a senior aircraftsman; I was on the sports committee and helped edit the station magazine. Most of my five years in the RAF was peace and quiet.’ Maguire’s military career was not all peace and quiet, however. “We were like a fire-fighting service. We would be called out to go to different RAF stations when they required an accurate reading of their radar instruments from experienced people. So, I was all over the damned place. Usually, it was made clear to us where we were going. You’d get a travel warrant and there’s a truck waiting and usually it’s got windows you can see out of; but in this case they were closed. Well, we were driven to a location which I believe was very close to RAF Sandwich in Kent and this was night-time. I’d been to Sandwich before, but the actual location was just a field – sort of nowhere.”

“I have a feeling that this particular place is not in any book,” Maguire said. It was very hush-hush. The machinery looked quite standard – all to do with detection and observation – but what did surprise me as an experienced radar operator was the extent of the machines. They were able to see right across to Eastern Europe and parts of Russia and way over to Sweden, which I hadn’t realized at that time we could do. My memory was that everything was in a complete flap. Normally, in a military situation everything is ordered, regular and set out. But here was a situation that was plainly out of control. Mechanics were flying about all over the place.”

As William Maguire got his bearings and the situation was revealed to him in its stark form, however, the reasons behind the blind panic became staggeringly clear. Some form of huge, unidentified aerial object was being tracked on the radar-scopes high over the English Channel. As Maguire reveals, “The mechanics were being blamed for not calibrating the instruments properly; we were being blamed for not interpreting the readings properly. But the obvious answer staring us in the face, on every single instrument on the base, was the fact that there was sitting up at an unbelievable height, this enormous thing with the equivalent mass of a warship and it just stood there…and stood there…and stood there.” 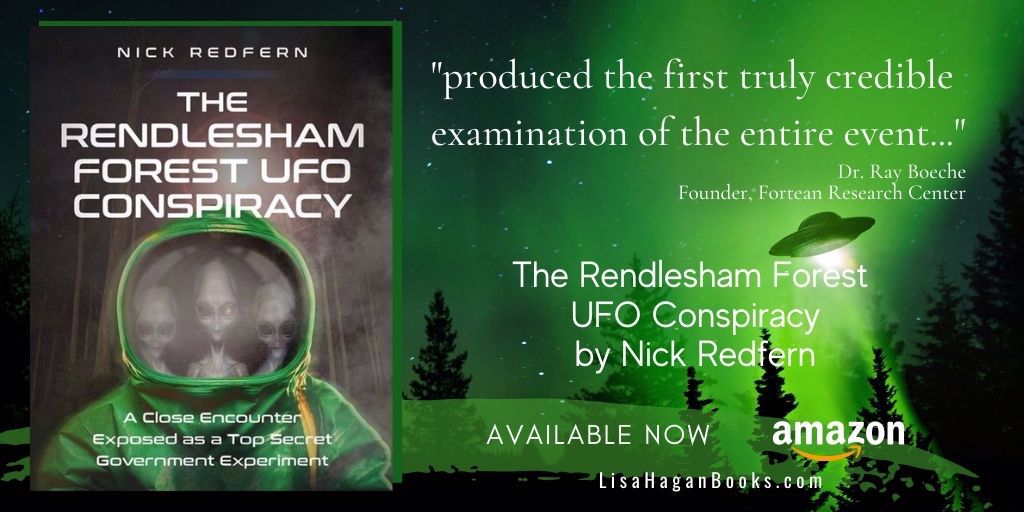 And, finally, for years there have been rumors that UFO activity was caught on radar on the nights when something seriously strange happened in Rendlesham Forest, Suffolk, U.K. in December 1980. Rumors suggest that radar tapes were taken from the RAF Watton base by U.S. Air Force personnel who wanted to examine the alleged UFO evidence and see what, exactly, the tapes showed. This part of the story began in January 1981 with a writer named Paul Begg. It turns out that Begg knew a serviceman who was aware of something of the UFO incidents. It wasn’t long before Jenny Randles was able to speak with this particular source. Not wanting to jeopardize the man’s career, Randles chose to refer to him as “David Potts.” It was Potts who was able to put the pieces together. Potts told Randles that it was on December 29 when the Americans turned up at RAF Watton. Jenny learned that they took not just the radar-based data, but even the logbook for the relevant time.

Beyond Bigfoot and the Yeti: How Many Types of Mysterious Apes Are There?