The Loch Ness monster is named for a lake in Scotland, so any proof of its current or past existence or indicators of a strong possibility that it exists would naturally be found in Loch Ness, or at least in Scotland … right? That’s why it is puzzling that a buzz about ‘proof’ of at least the plausibility of a Loch Ness monster is coming from a land far from northern UK – Morocco. Those are physically distant lands to traverse – even for a monster – and the dots researchers connect to come to this conclusion are pretty far apart too … but not impossibly far.

"It's a bit controversial, but who's to say that because we paleontologists have always called them 'marine reptiles', they had to live in the sea? Lots of marine lineages invaded freshwater."

Dr Nick Longrich works in the University of Bath's Milner Centre for Evolution, but the dinosaur bones that prompted his recent remark were discovered in Morocco’s Sahara Desert. That area is not exactly a body of water today, but it was 100 million years ago when the ‘marine reptiles’ Longrich was referring to roamed the seas. Those would be the huge longnecked plesiosaurs, which were apex marine reptiles from the late Triassic Period about 203 million years ago through the Jurassic Period right up to the Cretaceous–Paleogene extinction event about 66 million years ago. Reaching nearly 50 feet in length, it was generally assumed these creatures needed large bodies of water for their large bodies to swim in, and those large bodies of water were oceans and seas of the saltwater variety. However, a few fossils have been found in areas that hosted bodies of brackish or even fresh water. That helped lend some plausibility to the long-promoted theory that the Loch Ness monster could be a loch-locked plesiosaur which somehow adapted to living in fresh water – a theory supported by the many witnesses claiming to have seen long necks protruding from the water. Of course, there is still that little detail about plesiosaurs being extinct for 66 million years, but why get picky when you’re hunting monsters.

"The bones and teeth were found scattered and in different localities, not as a skeleton. So each bone and each tooth is a different animal. We have over a dozen animals in this collection."

In the University of Bath press release accompanying the study published in the journal Cretaceous Research, Longrich discusses the discovery of a number of plesiosaur fossils from a number of different animals in what was an ancient African riverbed 100 million years ago in Morocco's Sahara Desert. However, these were not the usual plesiosaurs – they were a smaller species of the family Leptocleididae which measured only about 3 meters (10 feet) in length as adults. The fossils found included teeth, a humerus and vertebrae from the neck, back, and tails of adults and a juvenile plesiosaur measuring about 1.5 meters (5 feet). These bones, especially the teeth, revealed something unexpected about these small plesiosaurs – they appeared to spend their entire lives in shallow freshwater rivers.

“The teeth show heavy wear, like those fish-eating dinosaur Spinosaurus found in the same beds. The scientists say that implies the plesiosaurs were eating the same food—chipping their teeth on the armored fish that lived in the river. This hints they spent a lot of time in the river, rather than being occasional visitors.”

If they lived in freshwater rivers, that means these small plesiosaurs competed for food with frogs, crocodiles, turtles, fish, and Spinosaurus – the longest known terrestrial carnivores. Because their teeth showed the same heavy wear like the Spinosaurus, it means they probably spent their lives in the same rivers with them, instead of just occasionally swimming in them for variety or during periods of food scarcity in deeper bodies of sea water. It appears these plesiosaurs evolved to adapt to fresh water rivers like the beluga whales – another species thought to be the monster of Lake Champlain. That brings us back to Loch Ness. Could the Loch Ness monster be a small plesiosaur that traveled from the North Sea to the loch and adapted to the freshwater?

“We don't really know, honestly. That's how paleontology works. People ask, how can paleontologists know anything for certain about the lives of animals that went extinct millions of years ago? The reality is, we can't always. All we can do is make educated guesses based on the information we have. We'll find more fossils. Maybe they'll confirm those guesses. Maybe not."

Before you start working on the “I’m not saying it’s small plesiosaurs … but it’s small plesiosaurs” memes, let’s look at why it’s probably not. The biggest reason is that ALL plesiosaurs went extinct 66 million years ago after the Cretaceous–Paleogene extinction event. How did two manage to survive in or near Scotland and have descendents still be here 66 million years later? Then there’s the fact that Loch Ness formed during the Ice Age, making it less than 10,000 years old. The new discovery in Morocco actually covers this one – if the monster is a small plesiosaur, it was mobile via rivers or possibly even on land for short trips. It could have lived in other lochs first – remember, one of the earliest monster sightings was of a creature crossing a road. This small plesiosaur would have to have been doubly adaptable – besides adjusting to freshwater, it would also have to tolerate the frigid Scottish waters, not the hot African ones.

Of course, the best argument against the plausibility of the Loch Ness monster being a small plesiosaur is that 100-million-year-old fossils survived in hot Morrocco … yet none have been found in frigid Scotland. No teeth, vertebrae or any other bones. None.

That doesn’t mean this is not a big discovery – it is. As co-author Dave Martill points out, it shows how incredibly diverse the Kem Kem area of Morrocco was in the Cretaceous era, and how incredibly crowded the ancient rivers were. 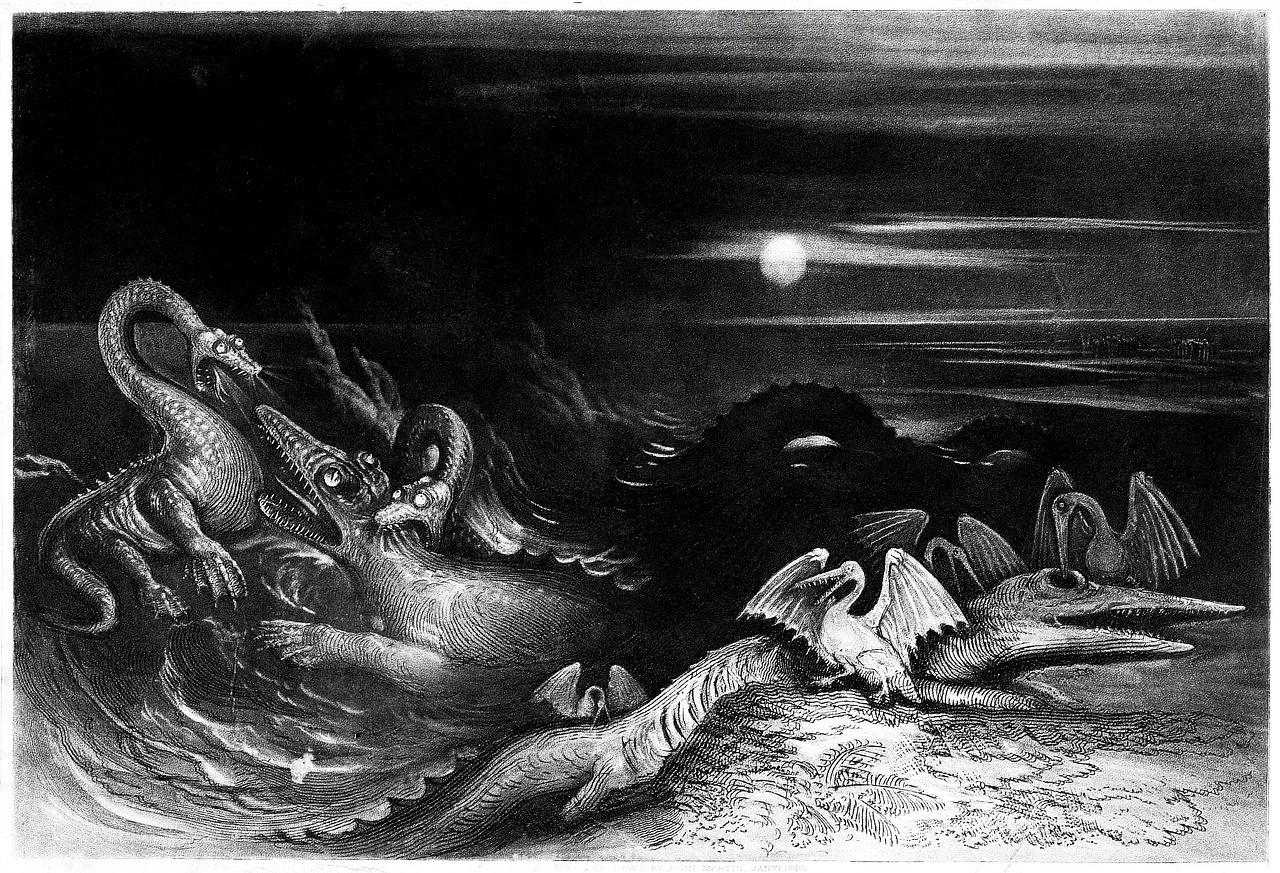 "What amazes me is that the ancient Moroccan river contained so many carnivores all living alongside each other. This was no place to go for a swim."

Sounds like the backyard pools during this summer’s incredibly hot picnics.