Nathaniel "Coyote" Peterson, a popular YouTuber and wildlife educator who has won a number of awards for his animal videos and hosted a wildlife series on Animal Planet, has just positioned himself to be either the person who proved the existence of Bigfoot or yet another so-called ‘expert’ who will go down in history for either being fooled by a hoax or for propagating one himself. Why? Coyote Peterson just revealed something claims he’s been hiding because he fears the government will confiscate it … a skull he thinks came from an unknown North American primate or possibly a Sasquatch.

“BREAKING NEWS: Leaking pics here before they are taken down and before government/official try to cease our footage. Found a large primate skull in British Columbia - filmed it, cut the footage, releasing on @bravewilderness this weekend. Have kept this secret for several weeks… YES I have the skull, its currently in a secure location awaiting primatologist review.”

On his Facebook and Twitter pages, Peterson posted five photos of himself allegedly digging an unusual large skull out of a muddy ravine which he says is somewhere in British Columbia. (See them here.) He’s keeping the location secret to prevent it being contaminated before more research can be conducts, but also because, as he states, he fears the photos and the skull will be confiscated before he can post a video on his YouTube channel. The skull is definitely not human and does resemble an ape or possibly a bear … or what could be a creature that has long been called Sasquatch or Bigfoot.

“Absolutely unreal… we thought it was a bear skull when we found it, I can 100% guarantee it is not. The skull was found partially buried under ground in deep back forest ravine after a massive storm in the Pac Northwest where clearly a bunch of trees and earth were disturbed.”

As we’ve seen in so many cases and on so many Bigfoot hunting and cryptid television series, there are a number of things this could be other than a skull from a Bigfoot that died in the Pacific Northwest. As the many comments on social media point out, it could be a lowland gorilla skull or a replica of one deliberately placed there or even accidentally lost by someone. It also resembles other large apes, like an orangutan. If it’s a skull from a surviving Gigantopithecus blacki – an extinct giant ape species – it would have been a small one. Since there are only five photos and they are focused on the skull and the immediate area around it, a lot of commenters think the scene looks staged. (Take another look. What do you think?) Many commenters also point out a very visible round hole in the back of the skull big enough to put a finger through. While some think it’s a very clean bullet hole, others suggest it could have been drilled intentionally in order to put the skull on a stand for display purposes – something that might be done if were a replica, since any good museum or research center would never damage a specimen like that. Speaking of good research centers, Peterson says he’s taken the skull to a safe location where it will be (or may have already been) examined by a primatologist.

“I’m sure these pics will be taken down… as will probably the video by government or state park officials… but the skull is safe. I don’t know if its what you all think it might be… but I cannot explain finding a primate skull in the Pac Northwest without wondering! What do you believe?”

Well, what do YOU believe? It is certainly easy to write this off as a hoax or a publicity stunt … especially with the comments by Peterson about the government or wildlife officials taking down the photos or his upcoming video, or even confiscating the skull. On the other hand, the Pacific Northwest area of both the U.S. and Canada has long been recognized as a Bigfoot hotspot by those who believe there is a tall hairy cryptid species or a long-lost ape species roaming the area. Why would anyone be surprised that a specimen or fossil was found in this area? Are they surprised when people report knocks, hear howls, find unusual stick piles or broken branches?

Another point in Coyote Peterson’s favor is that he’s known as a wildlife show host, not a Bigfoot hunter. Born in the Cleveland, Ohio, area, Peterson says he showed an interest in wildlife and the outdoors but went to The Ohio State University to study filmmaking, not biology or primatology or another field that would put him on a path to be a wildlife expert. Instead, he recorded and posted videos of wildlife on his YouTube channel, Brave Wilderness. One series, Breaking Trail, won an Emmy Award for youth/teen programs. Yes, he’s best known for his "bug attack" videos where he let dangerous insects like an Asian giant hornet sting him. That’s sensationalist rather than educational, and doesn’t put him in a positive light when trying to answer his question about the alleged Bigfoot skull: “What do you believe?”.

“One of my goals through this series was to inspire people to overcome their fears of these seemingly dangerous animals and learn to admire them from a safe distance. The more you understand these creatures, the less you are afraid of them.” 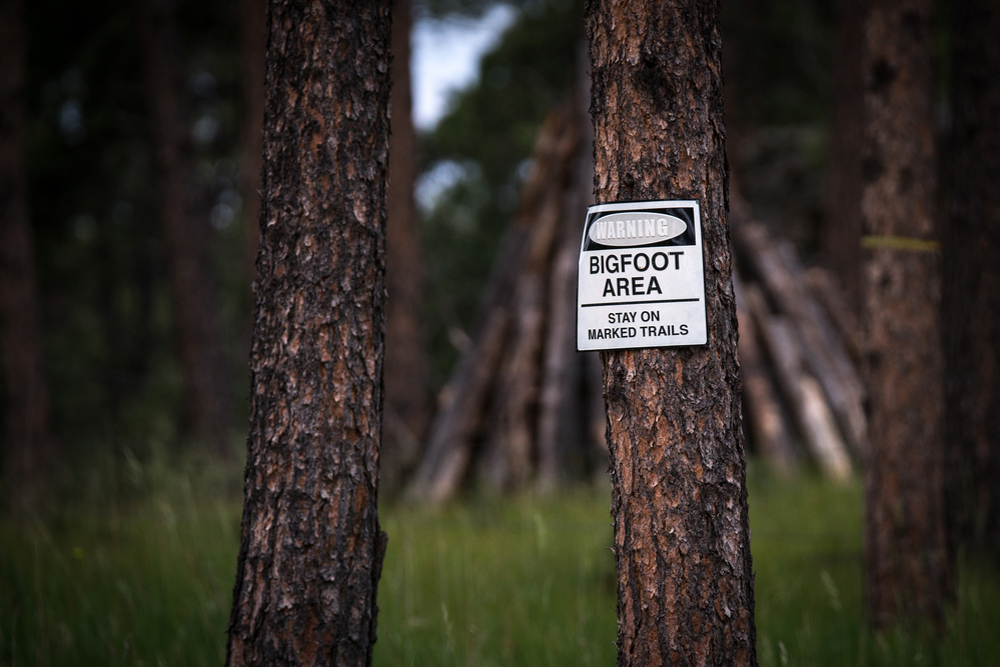 In an earlier promotional interview with Mental Floss for his series "Brave the Wild" on Animal Planet, Peterson states his goal is to help people overcome their fear of seemingly dangerous animals. Is that what he’s trying to do with Bigfoot? His “breaking news” doesn’t say why Peterson was in the deep woods of British Columbia. It’s not was well known for its dangerous insects as it is for its Sasquatch – although it does have a population of Peterson’s favorite – the Asian giant “murder” hornet.

Take another look at the “large primate skull” photos posted by Coyote Peterson before they’re “taken down” – as of this writing, they’re still up. The needle on this writer’s Skeptic Meter is in the section marked “Let’s see a report from a reputable primatologist and/or biologist.” THAT’S what I believe.