The Bizarre Tale of Satan's Hollow

Rural, out of the way places have a way of accruing tales of the paranormal, and here we can find all manner of tles of hauntings and strangeness. Some of the weirdest are those that are even said to be portals leading directly to Hell, and one of these can supposedly be found buried away within thick woods in Blue Ash, Ohio, in the United States. Here there is a dark and spooky series of tunnels that actually serve as a storm drain, but have accrued a rather ominous reputation as a place where all manner of devil worshippers congregate to carry out their enigmatic rituals in the dark away from prying eyes. Within the claustrophobic inky darkness and dank, stagnant air of the tunnels are various graffiti depicting the number “666” and other imagery associated with the Devil, as well as warnings scrawled out reading things such as “GO BACK” and “HELL LIES AHEAD,” and there is said to be an “altar room” used for demonic magic and human sacrifices. Welcome to the creepy world of what has come to earn itself the name Satan's Hollow.

The tunnels have long been ground zero for a variety of high strangeness. People who pass by claim that there can often be heard eerie groans or screams emanating from the blackness or a strange glow flickering within, and there is supposedly a pitch black apparition called the “Shadow Man” that prowls the depths here, often said to be an actual demon from Hell. This is already perhaps creepy enough, but not only are the tunnels dark, scary places, but they apparently hold within them a doorway to Hell from which various demons emerge to stalk about the area. Local investigator and blogger Rick Fenbers has said of the story:

It’s one of the best known, but least seen, urban legends around here. A group of Satanists supposedly used to meet there in some type of altar room and conduct their rituals. … They must have been pretty good, because the legend claims they managed to open a doorway to hell. 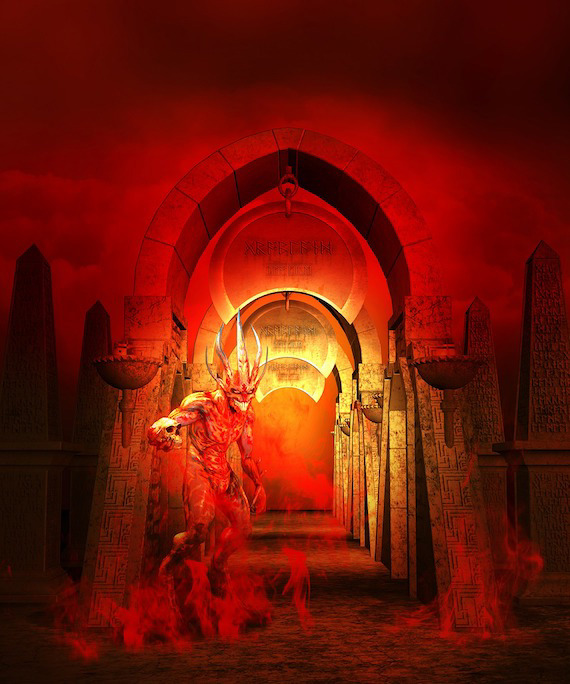 Perhaps not surprisingly, with all of the reports of the paranormal going on at the location, “Satan’s Hollow” has attracted some intrepid investigators of the strange who have dared to venture into the tunnels, and some of these have come back with videos of their excursions. One local paranormal investigator and filmmaker by the name of David Scott took a video tour of the eerie site, which would turn into what he deemed “one of the scariest locations I have ever investigated.” Scott and his crew ventured deep within the tunnels in search of the infamous altar room, penetrating into the dark and squeezing through tunnels that became almost too narrow to pass through until they finally did manage to find an open, square room with “religious-like markings” scrawled all over the walls. Scott would say of the room:

It looked like something you would see in an exorcism film. The scariest part of being in this location was how screwed we were if some bad people entered the room and wanted to do us harm. We were, at the time, unarmed and there wasn’t an easy escape route. We were miles underground and stuck in a room with only one exit and one entrance.

Here in this room it was claimed that they could hear strange noises that sounded like footsteps rapidly making their way through the shallow film of water that flowed everywhere, and they reported that the energy in the vicinity changed. They then made contact with an entity through a device they call a “spirit box,” whatever that is, of which he said of their session:

John turned on the spirit box and we began to ask questions to whatever spirits may be lingering around. Til’ this day it was one of the most responsive box sessions we ever had. There was an evil and intelligent spirit in those tunnels and it was happy to have a conversation with us. After asking around 20 questions and receiving a direct intelligent response almost each time, we decided to head out. Normally, we would have continued on, experimenting with different devices and attempting to catch EVPs. In this case I decided to call the investigation short as the responses we were receiving through the spirit box were extremely negative. The voices coming through claimed to be the devil himself. They confirmed there was a shadow man haunting the tunnels and that a man named Jake had been sacrificed down there. 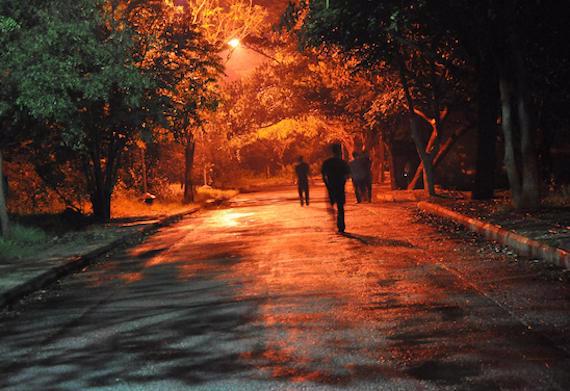 The Satan’s Hollow, which lies on private property, has also attracted curiosity seekers from all over, to the point where authorities are often called in to remove trespassers but yet people still manage to sneak in. Law enforcement officials have been quick to dismiss the stories as just urban legend, saying that there is no evidence of anything paranormal going on here and that the spooky sounds from the tunnels are just the echo effects they produce. Authorities are also adamant that the stories of Satan worship here are exaggerated at best, with one officer, a Lt. Steve Schueler, saying “We’ve never had human sacrifice or any animal killings. We’ve never had any of that.” Nevertheless, the tunnels still attract thrill seekers and investigators, and probably will as long as the strangeness associated with them persists. What is going on here, and is there anything to it or is it all urban legend? It seems we may never know.

When an Assassination Looks Like a Heart Attack: Science and Murder Combined