The Mysterious Disappearance of the Hollywood Starlet Tammy Leppert

Tammy Lynn Leppert, of Rockledge, in Brevard County, Florida, seemed to be destined for a life of fame and stardom from the very beginning. Born on February 5, 1965, she was described as an “uncommonly beautiful” child, almost angelic, and from the tender age of 4 she was already appearing in beauty pageants, throughout her childhood competing in nearly 300 pageants and winning the vast majority of them, taking home about 280 crowns. Throughout all of this her mother, Linda Curtis, who was a theatrical and modeling agent, gently guided Tammy’s career and helped find her way to fame. In her teen years she appeared on the front of CoverGirl magazine in October of 1978, and was involved in countless modelling gigs and photo shoots, but what she really wanted to be was a movie star. This seemed to be materializing in the 1980s with small roles in movies like Little Darlings, Spring Break, and the lead role playing herself in a film called Cover Girl Behind the Scenes. She is perhaps most famous for her small role in the Al Pacino movie Scarface, in which she plays a beach babe who distracts the driver of the lookout car during the film’s infamous bloody shower chainsaw scene. It looked as though her dreams for an acting career were coming true, and she was even planning to move out to California to be closer to the film industry, but it was all to be cut short, and she would become one of Hollywood’s strangest unsolved mysteries.

It all began with the wrap-up of the movie Spring Break, after which Tammy went out unaccompanied to a weekend party. It was not a particularly unusual thing for her to do at the time, and when she left for the party she was described as being in good, festive spirits, but something happened that evening that would profoundly change her. Her close childhood friend Wing Flannagan would describe her as coming home “a different person,” and it soon became apparent to everyone around her that something inside her had snapped or been warped somehow. She would tell people to tell callers that she wasn’t at home, constantly look out the window of her home, and generally act in a very paranoid way. She was convinced that a new van the neighbors across the street had bought was actually spying on her and that their phones were bugged, and she would hide in her room in seclusion most of the time. When she was asked what was wrong she would say it was nothing and laugh it off, but she finally confided to her mother that she had seen “something awful, something she was not supposed to see,” and that someone was trying to kill her, but she refused to elaborate further.

During this self-imposed exile, the only thing that brought Tammy out of her shell was being offered a role in the new big budget Al Pacino film, Scarface, which began shooting in Miami in March of 1983 and which was like a dream come true for her. She decided to crawl out of her hole to take the role, going off to Miami to stay with a family friend by the name of Walter Liebowitz. At first the shoot went smoothly, but a scene in which someone was shot and a blood packet was used seemed to deeply disturb her to send her over the edge and she had a rather intense breakdown on set, crying hysterically and freaking out to the point that she had to be taken away to her trailer. Liebowitz would say:

I received a call from the casting director to tell me that Tammy had a breakdown on the set. They said that it was a scene where someone was supposed to be shot and had artificial blood spurt out. And they said when Tami was watching the scene, she started crying hysterically and it got so bad that they had to take her to a trailer. She was in a tremendous state of fear, anxiety… What it was that caused this great fear in her I don’t know. When I spoke with Tami’s mother, I told her that she should take Tami to a doctor and also take her to the police to find out of the problem was psychological or if there was some basis in fact that someone was actually trying to kill her and get to the bottom of it.

Tammy would shoot just a small scene and quit the movie to go back home, where her behavior spiraled into the truly bizarre. She was convinced that someone was trying to poison her, and would not eat or drink from open containers unless someone else ate or drank from it first. She was also sure that someone was hiding in the house and would march about checking closets and other hiding places. Her general demeanor was described by friends and family as “edgy,” and even her appearance had taken on a wild, almost feral look, her eyes conveying a desperate fear. One day she accused Flannagan of looking at her inappropriately, and when he denied it she had a rage-filled tantrum and stomped outside, after which Flannagan locked her out. This only made things worse, as she cursed and pounded violently on the door before getting a baseball bat and bashing in the window. She was only able to calm down when her mother came and begged her to stop. After this incident, Tammy was admitted to the Brevard County Mental Health Center for a complete psychiatric and physical evaluation, but doctors found nothing wrong with her and no evidence of drugs or alcohol in her system, leading them to release her after 72 hours of observation.

The very next day after being released from the health center, on July 6, 1983, Tammy met up with a friend by the name of Keith Roberts to drive to the beach. During the drive, she told him that someone was out to get her and that her life was in danger. At some point during the conversation the two got into an argument and Tami demanded to be let out of the car. According to Roberts, he dropped her off at the parking lot of a known landmark in Cocoa Beach called the Glass Bank, around 5 miles from her home. At the time she had no money on her, but she demanded to be left there and stormed off. It would be the last time anyone would see her. After this she would make some calls to her aunt and a friend, but both calls went unanswered and after this she seems to have just vanished off the face of the earth. 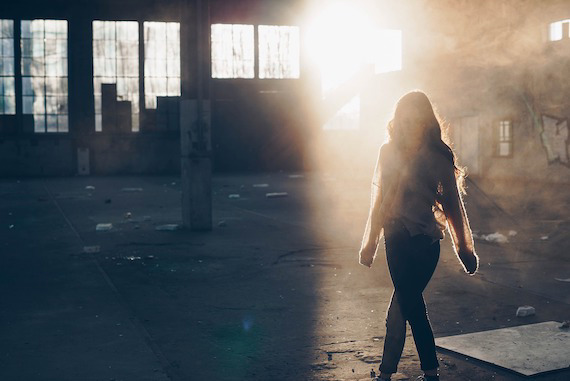 At the time, authorities had very few clues at all to go on. Roberts would claim that the argument had started when she had said she had wanted to leave home and demanded that he drive her to Ft. Lauderdale rather than Cocoa Beach, but there was no evidence she had actually followed through on that, especially with no money. Tami’s mother claimed that her daughter had been afraid of Roberts, but even though he was the last one to have seen her he was not considered a suspect. Indeed, police believed that she had simply run away from home, but considering her great fear and anxiety, as well as her bizarre paranoid behavior, her friends and family thought that she had been the victim of some foul play, likely over something she had seen at that party.

Authorities would investigate a man named Christopher Wilder, also known as the “Beauty Queen Killer,” who had abducted and raped at least twelve women and killed at least eight of them across Florida, Texas, Oklahoma, Nevada, California, and New York in 1984. His MO was to pose as a modelling agent to lure beautiful young women to their deaths and Tami’s mother claimed that she had met Wilder on the set of Spring Break and that he had been creepily following her around asking to photograph her. Leppert’s family originally even filed a suit against Wilder, but eventually dropped the charges. However, there was no evidence to link him to her disappearance, and he would be killed in 1984 during a shootout with the police, taking any secrets he had to the grave with him. For a short time, police also considered a man named John Crutchley, known as the "Vampire Rapist," who was suspected of killing as many as 30 women and had moved to Brevard County shortly before the vanishing, but there was absolutely nothing to connect him to it and he was soon dropped as a suspect and he died by suicide in 2002 so we’ll never know. The only other potential clues that ever came forward were several calls made to Cocoa Beach Detective Harold Lewis by an unidentified woman who claimed that Tammy was still alive and going to school to be a nurse. It is unknown if these calls are telling the truth and the lead has led nowhere.

Linda Curtis would spend the rest of her life searching for answers to her daughter’s disappearance, right up to her death in 1995, after which Tammy’s sister Suzanne took up the quest and continues to search to this day, even starting a Facebook page on it. We are left to wonder what happened to Tammy Leppert? Did she run away, and if so why would she do that when she was so close to making her dreams come true? Was she the victim of foul play? What did she see at that party and what was the meaning of all of her odd behavior? Did she die or is she still alive out there somewhere? There is no way to know, her body has never been found, and she remains a perplexing enigma.