The Mysterious Unsolved Vanishing of a Boeing 747-233

Although there have long been aircraft that have vanished without a trace, in this day and age it has become exceedingly rare. There are all manner of rules, procedures, and advanced equipment in effect to make sure that we know exactly what is in the sky at any given time and exactly where it is. It is almost unheard of to have a whole passenger plane just go missing without a trace in modern times, but this is exactly what happened to an aircraft in 2003, which seems to have just flown off the face of the earth to never be seen again.

In 2003, a Boeing 727-223 registered as N844AA had seen better days. Having had long been a carrier with American Airlines with a career spanning 25 years, the old plane had then ended up being leased by various different parties before finding its way to Quatro de Fevereiro Airport, Luanda, Angola, where it was sort of forgotten about to languish away. The old aircraft spent 14 months sitting on the tarmac gathering dust and reportedly more than $4 million in unpaid airport fees, as well as getting tangled up in contractual disputes, its days of glory long gone. At the time, 844AA was being leased by a Miami-based company called Aerospace Sales & Leasing to a man named Keith Irwin, who had planned to use it for transporting diesel fuel to diamond mines in Angola, but he had quickly defaulted on payments to let the plane rot away at the airport. He had been planning to have it fixed up and brought back to a flight-safe condition so it could be repossessed, and so had hired a certified aircraft mechanic, flight engineer and private pilot named Ben Charles Padilla and his crew to do the work, but he would never get the chance to see the plane in good condition again.

On May 25, 2003, shortly before sunset, Ben Padilla and a fellow mechanic by the name of John Mikel Mutantu, from the Republic of the Congo, were seen boarding the plane, after which it lurched erratically out onto the runway and began sloppily taxiing without communicating with the control tower. The plane then found a runway without clearance while shocked air traffic control personnel desperately tried to contact it without success as it prepared to take off. As they looked on in panic, the plane unsteadily roared down the runway to take off heading out southwest over the Atlantic Ocean with no lights on, the transponder turned off, and no clearance. The plane, which had been recently filled with 14,000 gallons of fuel, enabling it to be flown up to 1,500 miles, then flew off over the ocean and right on off the face of the earth. 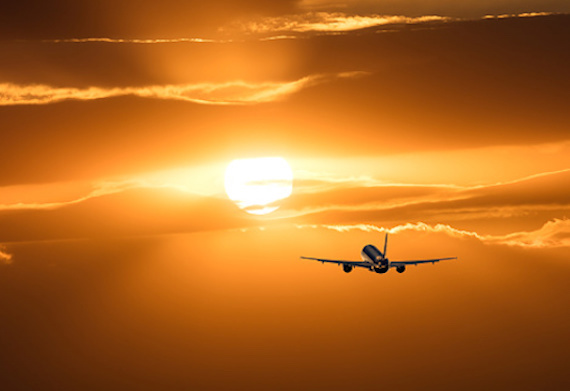 At the time it was baffling that the two men could have even started the plane up at all, much less actually managed to taxi and take off. Turning on a 727 passenger plane is not like starting a car, you don’t just simply turn the key or flip a switch. There are various precise procedures and steps that take much specialized training to be able to pull off, and then there is the matter of actually getting the plane out onto the runway and successfully taking off. All of this takes years of training to do, yet neither of the two men had such training, as Padilla only had a private pilot’s license for small aircraft and Muhantu had no pilot experience whatsoever. On top of that, the aircraft in question requires three people to fly it, and the runways in Angola are typically rough, bumpy, uneven, unpaved, and aren’t like the ones U.S. crews are accustomed to, so how had they managed to take off and fly off to vanish under such conditions? No one had a clue.

Whatever they had done to manage it, the sober fact was that the plane had gone off into the sunset to vanish, and the sudden disappearance of this large plane immediately raised alarm bells. Considering that this was only less than two years after the 9/11 terrorist attacks, the U.S. authorities and intelligence community were immediately in high gear, including the FBI, the CIA, the U.S. Departments of State and Homeland Security, and U.S. Central Command (CENTCOM), launching a massive search across several countries for the missing plane. The incident had stirred a hornet’s nest, with all of these agencies scrambling for answers, but none were forthcoming. No sign of any debris was found on land or sea, there were no reports of an unidentified 747 flying or landing anywhere, satellite imagery of various airstrips in Africa found nothing, and an investigation of illegal salvage operations that might have taken the plane to disassemble for parts turned up nothing. There were several unconfirmed sightings of the plane in such far-flung places as Guinea, Nigeria, and Sri Lanka, but these went nowhere, and when a terrorist threat never materialized authorities just sort of shrugged their shoulders and quietly wrapped the investigation up in 2005 without a clue as to where the plane had actually gone. 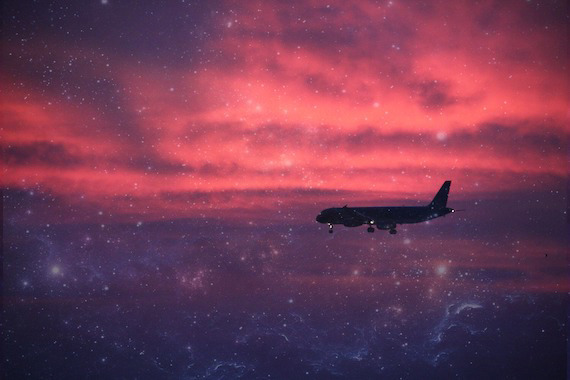 One idea that was seriously pursued was that the plane had been stolen for insurance reasons by a man named Maury Joseph, who had just lost out on the leasing deal with Irwin and who still actually owned the airplane. He was even more suspicious in that he had already once been charged in the 90s with falsifying financial statements and defrauding investors, but the FBI could find no evidence that he had been involved with the disappearance and he was never charged with any wrongdoing. Another theory was that Padilla had stolen the plane in order to have it salvaged for parts, and there were several unsubstantiated claims from some friends of Padilla, who alleged that he had flown it to a remote airstrip along Tanzania’s western border to have it stripped of parts and sold off, but there was no evidence of this either. Other theories include that it had been shot down by the Angolan Air Force over the Atlantic Ocean or had simply crashed due to the incompetence of its crew, but with no debris we’ll never know. Another sinister idea is that the aircraft was hijacked by someone waiting and hiding in the plane, with Padilla and Muhantu either complicit or murdered and their bodies dumped, but again there is no evidence for any of it. Retired U.S. Marine General Mastin Robeson, commander of U.S. forces in the Horn of Africa when 844AA went missing has said:

Part of the intelligence was that the airplane was in a bad state of repair. That was one of the speculations, that it was an insurance fraud situation. You know, ‘Oops, my plane was hijacked/stolen by terrorists and now I can do an insurance claim on it.’ So, that was probably as valid of an explanation when all was said and done as anything. But we just left it as an unknown. It was never clear whether it was stolen for insurance purposes by the owners, whether it was stolen with the intent to make it available to unsavory characters, or whether it was a deliberate, concerted terrorist attempt. There was speculation of all three.

One of the more mysterious aspects of the case is how two men who were unqualified to fly a 747 and in need of a third person to fly it could have possibly taken off and flown off like that in the first place. Padilla certainly knew a lot about 747s from a mechanical standpoint, he was very good at fixing them, but he was not trained in actually flying one, and Muhantu had no pilot experience at all. Does this point to the idea that the plane was hijacked by another party and they were just in the wrong place at the wrong time? Could they have maybe recruited someone who had snuck aboard to help them steal the plane? No one really knows. In the end, no trace had been found as to where the plane and the missing men went or what became of them, and it is as if they simply disappeared into thin air. It seems to be a mystery we will never get to the bottom of, their fates unkown and forever a great aviation anomaly.

Roswell: A Sinister Beginning and How I Got Involved