The Roswell "UFO" Affair: Do We Have a Chance of Solving the Mystery?

Now and again I'm asked if I think we have a chance of solving the riddle that is Roswell. Well, I have to admit that since 1947 we have not made a really important development. Yes, we have a lot of testimony. Yes, we have a lot of claims, too. But, photos of the dead bodies? No. Definitive wreckage on the ranch from 1947? Nope. Not a bit. Now, I should stress, I'm not being pessimistic. Rather, I'm being brutally honest. The fact is, words and claims are simply not enough. If we are to solve the enigma of Roswell, then we've got to find more than we have so far. Does this mean that we're at the proverbial brick wall? Not necessarily. There is some light in the dark, so to speak. And, I'll tell you why. If all of the documents, photos, and maybe even decayed, old bodies, were 100 percent out of our hands, then government agencies would have nothing to worry about. But, over the years, government agencies have been concerned about certain Roswell files. For example, when the U.S. Government Accountability Office went looking for the truth of Roswell, to their surprise they found that a large amount of documents was missing. And in the period when the incident happened. But, what if that documentation was not scooped up quickly by the military. What if it's lost - to us and even to the government? And, also, as a result of all the chaos of the Roswell event, too. That's the theme of today's article: namely, the stunning possibility that today's government - and military, too - may actually not know what really happened back in 1947. Here's what the GAO - who did a very good search for answers to Roswell - said: 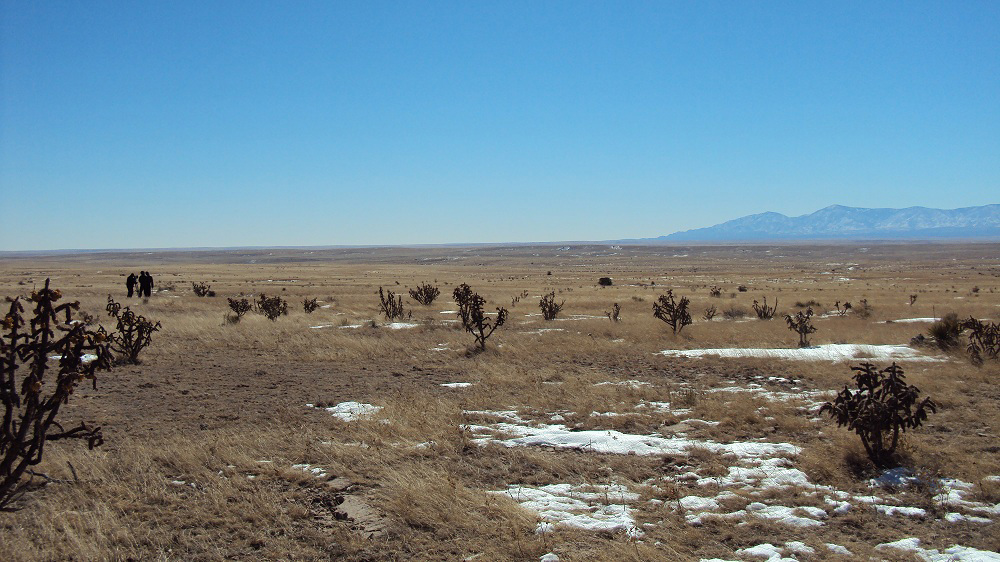 (Nick Redfern) Where "It" All Happened

"Our search of government records was complicated by the fact that some records we wanted to review were missing and there was not always an explanation. Further, the records management regulations for the retention and disposition of records were unclear or changing during the period we reviewed." Hmm. This, inevitably and very understandably, led certain Roswell researchers to proclaim that this was evidence of a significant event of UFO proportions having occurred. An event which certain elements of officialdom were determined to keep forever hidden from the populace, the media, and the UFO research community - and possibly, even, from anyone else in government who might dare to come looking, such as investigators of the GAO. Maybe, that’s precisely what happened. We know that files from the old Roswell base vanished at some point in history. And they have not been seen ever since. Let’s see what the GAO had to say about this matter of missing messages in its 1995 report: “In addition to unit history reports, we also searched for other government records on the Roswell crash. In this regard, the Chief Archivist for the National Personnel Records Center provided us with documentation indicating that (1) RAAF records such as finance and accounting, supplies, buildings and grounds, and other general administrative matters from March 1945 through December 1949 and (2) RAAF outgoing messages from October 1946 through December 1949 were destroyed.”

When the GAO demanded to know the reasons behind this development, they got an answer, as GAO files note: “According to this official [the Chief Archivist for the National Personnel Records Center], the document disposition form did not properly indicate the authority under which the disposal action was taken. The Center’s Chief Archivist stated that from his personal experience, many of the Air Force organizational records covering this time period were destroyed without entering a citation for the governing disposition authority. Our review of records control forms showing the destruction of other records - including outgoing RAAF messages for 1950 - supports the Chief Archivist’s viewpoint.” If someone really is hiding the Roswell material, it's definitely not the GAO: their work was undertaken extremely well. And they let everyone know that certain documents - of an unclear number - could not be found. So, my point is this: when the 1994 and 1995 investigations into Roswell took place, someone became very worried. If there was nothing to be found, no-one would care. But, someone - or a deep agency - does care. And, they're worried that lost documents on the Roswell crash could be in the hands of elderly families, and that there just might be - one day - a revelation that will arrive that way. Now, let's go to the next angle of all this. 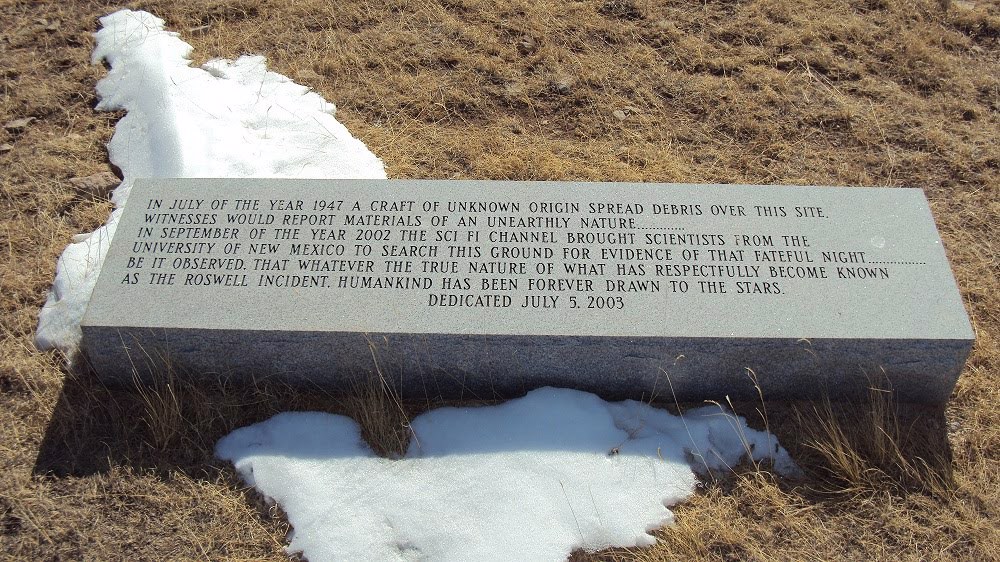 Months after my Body Snatchers in the Desert book was published back in June 2005, I received an out of the blue email from a well-respected Australian UFO researcher, Keith Basterfield. It told a story extremely similar to the one in Body Snatchers and also in the one that followed on in my 2017 book, The Roswell UFO Conspiracy. In other words: it told of a secret, high-altutude experiment using handicapped people in the skies of New Mexico - and that went totally wrong. Keith said of his source: "The Americans were experimenting with craft they dropped from 'aircraft' flying in the stratosphere. Also, gigantic balloons were being flown in the stratosphere to drop craft fitted with retrorockets and a drogue shute. The retrorocket was fitted with an altimeter to fire them close to the ground. Lots of UFO sightings were of these craft. The US released bogus flying saucer sightings and later discredited them. One night during one of these experiments with one of these craft an incident occurred. They had previously used monkeys and other animals such as pigs on board. Prisoners could volunteer for dangerous missions in return for early release but were not used in these experiments. Two to three live people were needed. The government got people with hydrocephalus-water on the brain- from a facility."

The "human experiment" part of the Roswell affair almost certainly tells the real story. In other words: forget about aliens. But, here's the most important part of it all: Keith, years after the Roswell event occurred back in 1947, was given a story that  stayed hidden for years. It only surfaced on July 8, 2011. On top of that, Keith put me in touch with his source, who I interviewed, by phone, for around two hours on a saturday night in Dallas, Texas. One of the things that Keith's "Deep Throat" told me was that at some point after the Roswell event went down, a huge amount of material pertaining to the experiment was hidden disapeared. And, perhaps, those papers might still be hidden. This, I suspect, is the absolute nightmare that the government doesn't want: namely, hundreds upon hundreds of pages on the real Roswell story and that - even more worrying for the government - that some of the Roswell files could be lost somewhere, rather than hidden away by government agencies.

So, all of this - collectively - gets to the point: if the government has all of the Roswell files - then, we, the UFO research community really are at a brick-wall. If, though, an old guy, in his early nineties, swiped a few documents (or more...), back in 1947, and has it stashed away, then, perhaps, we just might have the smoking-gun that we really need. And, it would be very difficult for the government to follow the trail. But, for a family member, who has stored away dozens of pages of now-yellowing old paper, it might be much easier. That, I suspect, is another of the government's nightmares: being out of the loop in today's world, when, from their perspective, they should be in it. Not only that, there is some degree of evidence that suggests that has actually happened at least once or twice.

One person who I absolutely know saw the small, strange bodies on the Foster Ranch in Lincoln County, New Mexico, was a man named Conrad Zerbe (his is an almost lost and forgotten saga - but it shouldn't be). I also know that at one point - in the very early 1980s -  the USAF approached Zerbe to try and help them to figure out what really happened outside of Roswell - because the Air Force of the 1980s didn't fully know what had happened back in 1947...but they most assuredly wanted to know. Zerbe, understandably, was deeply worried and concerned when he got at least several visits from Air Force Intelligence across a period of approximately three weeks. And, he finally clammed up; filled with fear. That's not quite the end of it though: I have heard fascinating rumors that Zerbe - who was definitely at the crash site - took certain photos with him and did not hand all of them over to those in the military who were running the containment of the ranch in the hours and days after the chaotic crash. It's the Zerbe scenario  - of the military being outside of the loop, because some old guy swiped a bunch of equally old Roswell files - that could finally give us the answers.

The Loch Ness Monster, Aleister Crowley and Why the Nessies are Supernatural, Part 2