One of the most discussed supposedly paranormal places ever is what has been called the Bermuda Triangle. Stretching from Bermuda to Puerto Rico and over to the Miami-Fort Lauderdale coast, comprising half a million square miles of ocean, it has gathered to itself a reputation for swallowing up thousands of ships and hundreds of aircraft over the years, very often under rather odd circumstances. Some of these cases really stand out as particularly odd, and one of the strangest of all is the tale of a pilot who flew through some sort of vortex and perhaps narrowly escaped disappearing himself.

On December 4 of 1970, realtor and private pilot Bruce Gernon took off from Andros Island, in the Bahamas, along with his father and a business associate by the name of Chuck Lafayette. It was to be just a short hop over to southern Florida in order to do some real estate business, and considering that the weather was calm, the short distance involved, and the fact that Gernon was a seasoned pilot who had done this many times before it was expected to be a routine flight, so when they took off at 3 p.m. in their new Beechcraft Bonanza A36 plane there would have been no reason to think that this wouldn’t be like the countless similar flights they made on a regular basis. Yet this particular flight was to prove to be different, and these men were about to fly into one of the Bermuda Triangle’s greatest unsolved mysteries. 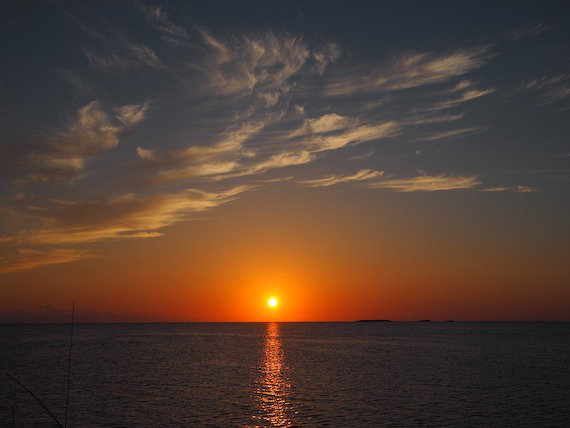 As the plane approached the Bimini Islands, about 50 miles due east of Miami, they noticed that there was were strange cloud formations congealing all around them, which seemed to be shifting and merging into an ominous, massive bank of clouds measuring at least a mile across and stretching from ground level at the Bimini Islands up to 60,000 feet, soaring up well past their 11,500 ft. cruising altitude. The clouds seemed to be surrounding them and swirling about to form what they would describe as kind of a donut shape, with a rotating hole in the middle that seemed to punch through to clear weather on the other side. It almost looked like a hurricane with an eye in the middle, only positioned vertically and the funnel-like opening horizontal to the ground. The increasingly spooked Gernon had never seen anything like it, and so made a plan to try to break through the sinister cloud formation by flying through its opening. He would say of what happened next:

I had no choice but to turn and try to exit through the opening. As we approached, we watched the top ends of the U-gap join, forming a hole. The break in the cloud now formed a perfect horizontal tunnel, one mile wide and more than 10 miles long. We could see the clear blue sky on the other side. We also saw that the tunnel was rapidly shrinking. I increased the engine RPM, bringing our speed to the caution area of 230 miles per hour. When we entered the tunnel, its diameter had narrowed to only 200 feet. I was amazed at what the shaft now looked like. It appeared to be only a mile long instead of ten-plus as I had originally estimated. Light from the afternoon sun shone through the exit hole and made the silky white walls glow. The walls were perfectly round and slowly constricting. All around the edges were small puffs of clouds of a contrasting gray, swirling counterclockwise around the airplane. We were in the tunnel for only 20 seconds before we emerged from the other end. For about five seconds I had the strange feeling of weightlessness and an increased forward momentum. When I looked back, I gasped to see the tunnel walls collapse and form a slit that slowly rotated clockwise.

As this was going on, all of their electronic and magnetic navigational instruments were malfunctioning, and the compass was eerily spinning slowly counter-clockwise all by itself even as the airplane flew straight. They were able to make radio contact with Miami and gave them their location and altitude, but the airport informed them that they were nowhere to be seen on radar. In the meantime, they continued to penetrate through the cloud, but they did not come out into clear weather as they had expected, and Gernon would explain:

Something bizarre had happened. Instead of the blue sky we expected, everything was a dull, grayish white haze. Visibility seemed like more than two miles, yet we could not see the ocean, the horizon, or the sky. The air was very stable and there was no lightning or rain. I like to refer to this as an “electronic fog;” because it seemed to be what was interfering with our instruments. I had to use my imagination to feel our way west. We were in the electronic fog for three minutes when the controller radioed that he had identified an airplane directly over Miami Beach, flying due west. I looked at my watch and saw that we had been flying for less than 34 minutes. We could not yet have reached Miami Beach — we should have been approaching the Bimini Islands. I told the controller that he must have identified another airplane and that we were approximately 90 miles southwest of Miami and still looking for Bimini. Suddenly the fog started breaking apart, in a weird sort of electronic fashion. Long horizontal lines appeared in the fog on either side of us. The lines widened into slits about four or five miles long. We saw blue sky through them. The slits continued expanding and joined together. Within eight seconds, all the slits had joined, and the gray fog had disappeared. All I could see was brilliant blue sky as my pupils adjusted to the abrupt increase in brightness. Then, I saw the barrier island of Miami Beach directly below. 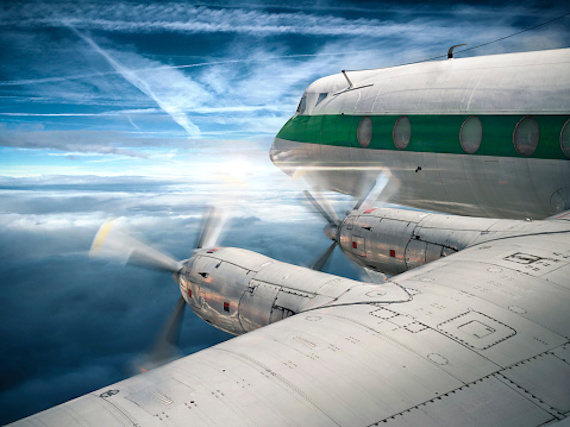 When they landed at Palm Beach, they were shocked to look at their watches and notice that the flight had taken less than 47 minutes, when it usually would have taken at least 75 minutes. On top of this, since they had spent so much time trying to get around the clouds they had in fact travelled even farther and the flight should have been longer rather than shorter, with Gernon saying, “we had travelled through 100 miles of space and 30 minutes of time in a little more than three minutes,” which would equate to them travelling about 2,000 mph. After his strange experience, Gernon would come up with his theory of “electronic fog,” which he blamed for the myriad disappearances in the Bermuda Triangle and about which he would write an entire book, titled The Fog: A Never Before Published Theory of the Bermuda Triangle Phenomenon, as well as another book with co-author Rob MacGregor, called Beyond the Bermuda Triangle. Gernon has said of it:

I didn't believe in time travel or teleportation until it happened to me. I'm Bruce Gernon, and I flew through the heart of the Bermuda Triangle before I'd even heard the term. Sceptics have dismissed the Triangle as a non-mystery, but they weren't in my airplane when the fog surrounded my craft and I leapt ahead 100 miles. I documented what happened and memorized every detail of that flight. Now I'm ready to explain that there is no Bermuda Triangle! Instead, there is a continuing mystery that has resulted in thousands of disappearances of crafts and loss of life over decades and centuries - a phenomenon I call electronic fog.

What happened to them out there? Was this some sort of wandering into some other dimension, or was it just bad weather or even a hoax? If this is real, how did they somehow manage to avoid vanishing like so many before? What is the meaning of the cloud banks and all of the strange details here? It is a rare case of an account from a person who has allegedly come back from the Bermuda Triangle with a bizarre tale of almost disappearing, and could possibly provide insight or is maybe just a tall tale. Whatever the case may be, it is one of the stranger accounts to come from the very weird place that is the Bermuda Triangle.