The phenomena of UFOs and aliens has long been populated by various people who claim this or that, but who in the end are really nobodies. It is a field that has long been shunned by mainstream scientists and academics, who relegate it to the bin of whackos and crazy people, thinking it populated by charlatans and hoaxers. Yet, there have over the years been those with impeccable credentials who have stepped forward to try and shepherd the field into more mainstream acceptance. These are the champions of this research into the unknown who have tried to shed light on a field that has traditionally been ignored, and one of the greatest of these is a man who managed to bring some expertise to the table and push the phenomenon of alien abductions to a new level.

The man who would go on to become the father of alien abduction research is far from a quack. He graduated Phi Beta Kappa from Oberlin College in 1951, received his medical degree from Harvard in 1955, underwent advanced training at the Boston Psychoanalytic Society and Institute and started the psychiatry unit at the Cambridge Hospital in the 1960s, his groundbreaking psychological study of Lawrence of Arabia, A Prince of Our Disorder: The Life of T. E. Lawrence, won the Pulitzer Prize for an biography in 1977, and he was the founder the John E. Mack Institute in 1989 as the Center for Psychology and Social Change. He was also editor of The Journal of the American Psychoanalytic Association and was on the editorial board of The American Journal of Psychoanalysis, author of numerous peer reviewed papers, and a tenured professor at Harvard Medical School. A specialist on child psychology, adolescent psychology, and the psychology of religion, leading researcher on the psychology of teenage suicide and drug addiction, as well as the psychology of sleep and dreams, and additionally an expert on the psychological effects of the nuclear arms race and a pioneer in using hypnosis for treatment of patients, Mack was considered to be at the forefront of his field, and esteemed and eminent scholar and academic widely praised and respected by his peers. Then in the 1990s he would start turning some heads, threaten his own reputation, and change ufology as we know it.

Mack didn’t start out as a UFO aficionado or supporter. Indeed, he had always been rather skeptical on the matter, thinking that it was all down to mental illness and flights of fancy, but this would begin to change when he made the acquaintance of a man named Budd Hopkins, an artist who claimed that he had not only had a UFO sighting of his own, but that he had been talking to numerous people who claimed to have been abducted by these otherworldly beings after publishing an article on the matter in The Village Voice and Cosmopolitan magazines. Not being a professional in psychiatry, Hopkins began sending Mack files on these people’s bizarre abduction cases to see what he thought as an expert. Although Mack was skeptical at first, as he looked through these experiences he began to realize that something very odd was going on that perhaps warranted further serious study and scrutiny. Mack would say of his introduction into this strange new world:

When I heard about this phenomenon in 1990, I was very doubtful. I thought it must be some kind of mental illness. I came gradually to the conclusion that I could not find any psychiatric explanation or other explanation except that some kind of trauma happened to them. These individuals reported being taken against their wills sometimes through the walls of their houses, and subjected to elaborate intrusive procedures which appeared to have a reproductive purpose. In a few cases they were actually observed by independent witnesses to be physically absent during the time of the abduction. These people suffered from no obvious psychiatric disorder, except the effects of traumatic experience, and were reporting with powerful emotion what to them were utterly real experiences. Furthermore, these experiences were sometimes associated with UFO sightings by friends, family members, or others in the community, including media reporters and journalists, and frequently left physical traces on the individuals’ bodies, such as cuts and small ulcers that would tend to heal rapidly and followed no apparent psychodynamically identifiable pattern as do, for example, religious stigmata. Nothing in my nearly 40 years of familiarity with psychiatry prepared me. In short, I was dealing with a phenomenon that I felt could not be explained psychiatrically, yet was simply not possible within the framework of the Western scientific worldview. The abduction phenomenon has important philosophical, spiritual and social implications. If what these abductees are saying is happening to them isn’t happening, what is?

Mack was impressed by not only the utter sincerity of these numerous witnesses, but also the sheer diversity of people who were coming forward with these experiences, from all walks of life, and so he began seeing patients and using hypnosis to uncover their memories of what had happened to them. By the mid-1990s he had personally investigated dozens of such cases of what he called “experiencers,” culminating in a case study called Abduction: Human Encounters with Aliens in 1994, followed by another in 1999 titled Passport to the Cosmos: Human Transformation and Alien Encounters. By the end of the decade, he had studied hundreds of such cases, and considering his academic pedigree he was all over the news because of it, appearing on talk shows and in various magazine articles, and his books launched to the best-seller lists in The New York Times, The Washington Post, The Wall Street Journal, and Time.

All of this attention that Mack was drawing and his talk of UFOs and alien abductions made the respected Harvard very nervous, indeed. In their opinion, this was not the sort of thing that scholars and academics of Mack’s standing were supposed to be talking about, and in their words was “professionally irresponsible.” In May of 1994, the Dean of Harvard Medical School, Daniel C. Tosteson, assigned a committee of peers to confidentially review Mack's investigations into these alien abductees, which was to determine whether he would retain his position or be banished from the university and his tenure. It was the first time in Harvard's history that a tenured professor had been investigated in such a way, and it raised a few hackles within academia that a professor who had not been suspected of ethics violations or professional misconduct should be investigated in such away. Harvard would investigate Mack for a full 14 months, which Mack legally fought tooth and nail the entire time, after which they recognized “Dr. Mack's academic freedom to study what he wishes and to state his opinions without impediment,” and he ultimately kept his position and tenure. 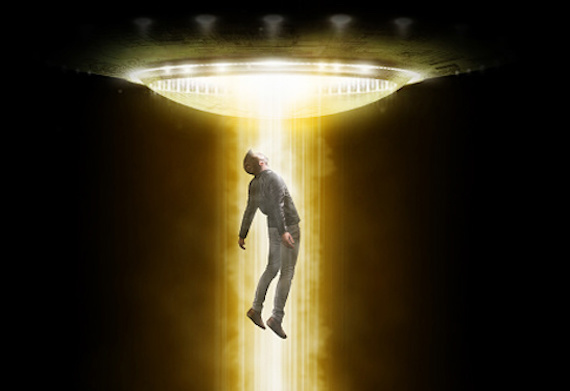 Despite being exonerated by the university, his standing among his colleagues had been damaged by his involvement with alien abductees, his reputation irrevocably tarnished. No peers took him seriously anymore, but he nevertheless continued his research, and to his credit was always wary of attributing the phenomenon to literal aliens or explaining it with any one possibility. Indeed, he even realized himself that much of the criticism he was receiving was perhaps due to him giving the impression that by helping these people and trying to get to the bottom of what they were experiencing that he was somehow endorsing the ideas of literal alien spaceships and other woo-woo ideas and taking these reports at face value. He would say:

Face value I wouldn’t say. I take them seriously. I don't have a way to account for them. There are aspects of this which I believe we are justified in taking quite literally. That is, UFOs are in fact observed, filmed on camera at the same time that people are having their abduction experiences. It's both literally, physically happening to a degree; and it's also some kind of psychological, spiritual experience occurring and originating perhaps in another dimension. I can see now that I had to a large extent created my problem with the literalness that I had treated the encounter phenomenon in the 1994 book. It is possible that in some cases people are taken bodily into spacecraft. However, the question is more subtle and complex. I would never say, yes, there are aliens taking people. But I would say there is a compelling powerful phenomenon here that I can't account for in any other way, that's mysterious. Yet I can't know what it is but it seems to me that it invites a deeper, further inquiry.

In short, he did not embrace any one possible explanation, but believed that something very strange and beyond mainstream science was going on, even often musing that abduction encounters were part of a larger tradition of visionary encounters experienced by disparate cultures around the world. Although he did not marry himself to the idea that aliens were behind it, he did entertain the thought that some sort of intelligence beyond what we know could be seeping into all of these traditions of visions and visionary encounters, and lamented that Western science was so loathe to look at it, once saying:

Every other culture in history except this one, in the history of the human race, has believed there were other entities, other intelligences in the universe. Why are we so goofy about this? Why do we treat people like they’re crazy, humiliate them, if they’re experiencing some other intelligence?

Mack would search for answers to the alien abduction phenomenon for the rest of his life, but would sadly never find what he sought. On September 27, 2004, Mack tragically died at the age of 74 after being hit by a drunk driver as he was crossing a London street after a conference. He has gone on to become perhaps the most notable academic and psychiatric expert to ever delve into the alien abduction phenomenon, as well as a champion for those seeking to get more mainstream scientists involved in investigating these matters. His life has been summed up beautifully in Ralph Blumenthal's book The Believer: Alien Encounters, Hard Science, and the Passion of John Mack. John E. Mack has gone on to be known as one of the pioneers of research into the persistent phenomenon of alien abductions, and he will be fondly remembered by all who followed his work and be held up as one of the few real academics who stood up to the system to delve into such anomalies.

Car Crash With a UFO? There's Auto Insurance Coverage for That!