The Strange Tale of the Fish Man of Liérganes

Located in the autonomous community of Cantabria, Spain, the municipality of Liérganes is a charming little hamlet of around 3,000 inhabitants that sits at the foot of two small hills, Marimón and Cotillamón, popularly known as “the breasts of Liérganes.” Known for its quiet cobbled streets and classicist architecture from the 17th and 18th centuries, including historical houses, buildings, chapels, and churches, as well as for its quaint bridges, the village was declared to be of National Historic-Artistic Interest in 1978 and is a beautiful little out of the way place full of history and set amongst stately woodland. It is also rather famous for its strange tale of a time a bizarre amphibious fish-man came to visit.

In around 1720, the Enlightenment writer Benito Jerónimo Feijoo came forward with an incredible tale to tell. According to him, it began in 1650, with a man named Francisco de la Vega, who lived a quiet, humble life in Liérganes with his wife Maria del Casar and their four children. Francisco would one day tragically die to leave his wife to take care of their children alone, and she managed to send one of their sons, also called Francisco, to the town of Bilbao to work as a carpenter to help earn money. It was at Bilbao that on the eve of Saint John’s Day in 1674 Francisco supposedly went to the Miera River in the Bilbao's estuary to have a relaxing day out swimming with his friends. At one point, Francisco swam down the river out of sight, and since he was considered to be a good swimmer his friends did not think much of it at the time. However, when he never returned and could not be found they feared that he had drowned. Francisco would disappear without a trace that day, and when the years went by with no word from him and no sign of him it was assumed that he had been swept out to sea and died. From here the story gets rather weird.

Five years later, in 1679, some fishermen in the bay of Cádiz, Spain, were pulling in their nets when they noticed a bizarre creature thrashing about and entangled within one of them. It was described as being a half human and half amphibian being of some sort, with a very human face and thin red hair, a pale body that was obviously male and mostly human in form, but with gills, strips of scales along his body, and webbed hands. On this occasion the creature was able to rip itself free of the nets, but he would be seen lurking around in the area swimming about under the waves and occasionally stealing fish from nets. The local fishermen went about luring him in with loaves of bread, which he seemed to show great interest in, and were able to finally capture him and take him aboard one of their vessels.

Once on board, the frightened creature cowered in a corner, and all attempts to communicate with him failed. Not knowing what to do with him, the fisherman apparently brought him to the nearby convent of Saint Francis, where the monks interrogated him in several languages without success, and had him exorcized for good measure. At some point the creature was able to utter a single word, “lierganes,” which none of those present had ever heard of before. As the people of the area excitedly talked about this strange new development, some of the monks were able to figure out that the one word the creature could say was actually a village, and so it was thought that the strange fish-man might actually be from there. The story as told by the Liérganes Town Hall says of what happened next:

This news was sent to Lierganes to ask if something strange had happened in recent years there, and from Lierganes they responded that only the disappearance of Francisco de la Vega had been registered, five years ago. Then Juan Rosendo, a friar from the convent accompanied Francisco on a return trip from Cadiz to Lierganes, to see if it was true that he was from there. Incredibly, Francisco knew his way directly to Lierganes, and once there, went without hesitation to the house of Maria de Casar who instantly recognized him as her son Francisco, as did his brothers who were in the house.

Once there, he tried to adjust to a normal life, but had some struggles. He would only walk around nude and barefoot, could not seem to speak except for certain words like tobacco, bread or wine, but without relating them to his actual needs, and could go a week without eating. He also spent most of his time swimming in the river, proving to be much faster than any human being, and was able to breathe underwater seemingly indefinitely with his gills. He was apparently helpful and rather docile, but never showed any enthusiasm for anything, perhaps yearning for the sea that he had left behind. One day it seems as if the lure of the ocean would become irresistible, and so, after nine years of living with his family, he once again swam out into the river towards the sea to vanish. 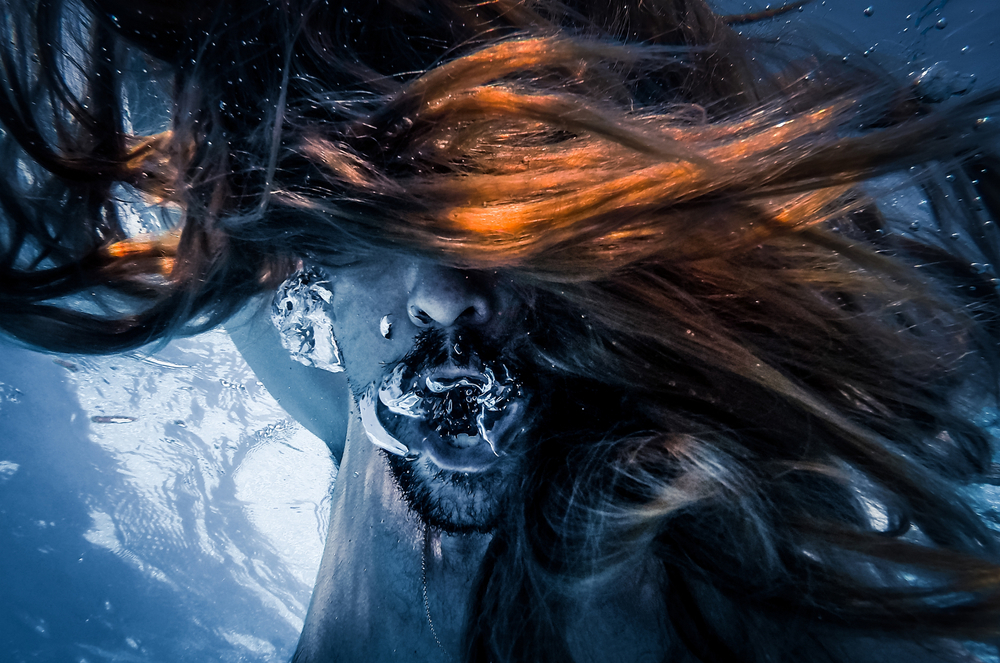 Feijoo would claim that the story as he presented it had been gleaned from testimonies and documents on the case that had survived, as well as from interviews with those he claimed had actually been there at the time, including noblemen, a knight, and other witnesses he was convinced were educated and trustworthy. In the end, Feijoo endorsed the story as a true and authentic case, which is interesting considering he was well known as a skeptical writer who routinely criticized superstition and frauds and was not one to pull off practical jokes or hoaxes. Yet, he was entirely convinced that a fish man had indeed been to Liérganes, even coming up with scientific arguments and rationale to back it all up.

It definitely seems as though Feijoo at least really believed the story to be true, and perhaps there could have been some grain of truth to it. The 20th century Spanish scholar and physician Gregorio Marañón believed that this may have all actually happened, but that there was a rational explanation for it. In his opinion Francisco could have very well been a real individual suffering from a condition called cretinism, or congenital iodine deficiency syndrome, which was very common to the area at the time, and is caused by insufficient dietary iodine during pregnancy and can cause deterioration to both physical and mental development. Some of the many physical symptoms of the condition that affect appearance include goiter, poor length growth in infants, reduced adult stature, thickened skin, hair loss, enlarged tongue, a protruding abdomen, deformities such as lumps in the chest and back area and pale, scaly skin. It also causes profound mental deterioration over time. According to Marañón, Francisco could have had this condition and somehow wandered off to the sea, where he had met those not familiar with it and who had mistaken him for a fish-man. After that he might have been taken home, and his mental degradation would account for his odd behavior, finally ending up with him running off again. It doesn’t do much to explain the swimming or breathing underwater, but it is the closest anyone has come to a scientific explanation for it. To this day there is a plaque situated along the Miera River dedicated to the legend, and we are left to wonder. Is this just an urban legend? Is there some truth to it? We may never know.

The Mysterious Unsolved Vanishing of a Boeing 747-233