On March 14, 1962, Flying Tiger Line Flight 739, which was a Lockheed L-1049 Super Constellation propliner chartered by the United States military and operated by the Military Air Transport Service (MATS) took off from Travis Air Force Base, California, on its way to Saigon, Vietnam. On board were 11 crew members, three South Vietnamese soldiers, and 93 highly trained U.S. Army Ranger specialists on their way to help train South Vietnamese forces during the Vietnam War, and there were four scheduled refueling stops along the way at Honolulu, Hawaii, Wake Island, Guam, and Clark Air Base, in the Philippines. The mission was routine at first, going smoothly all the way up their refueling stop at Andersen Air Force Base, in Guam, so when they took off in clear weather with calm seas and with around 10 hours’ worth of fuel on the next leg of their journey there was no reason at all to think that their 6-hour flight would be anything other than another routine jaunt, but they were about to fly right off the face of the earth to become a persistent and puzzling unsolved air mystery.

The plane departed from Guam at 12:57 GMT, with an estimated time of arrival at the Philippines at 19:16 GMT, and less than two hours into the flight, the pilot, a Captain Gregory P. Thomas, radioed in their position and informed ground control that they were on track to land at their destination on time. Although there was reportedly some temporary heavy radio static, at no point during this transmission was there any indication that anything at all was wrong or that this was anything other than a routine position report, yet the flight failed to make its next scheduled transmission and all attempts to re-establish contact were unsuccessful. There had been no distress signal, no word from the plane that they were experiencing any difficulties whatsoever, Flight 739 was simply gone.

The disappearance would ignite one of the largest search operations in the history of the Pacific, indeed one of the most extensive searches ever conducted in the history of aviation, during which the U.S. Navy, Air Force, Coast Guard and Marines scoured more than 200,000 square miles of ocean over the course of 8 days using numerous vessels and aircraft, but they found not a single trace of the missing plane. There was no wreckage or debris, no oil spills, no bodies, nothing. It was as if the plane had just completely evaporated into thin air. The only possible hints of what may have happened to Flight 739 was a report from a Liberian civilian tanker of seeing a bright flash of light “strong enough to light a ship's decks” and some sort of possible explosion in the sky in the same general location of where the plane would have been expected to be and at the same time, and the International Civil Aviation Organization would write of this in their report on the matter:

They recalled that a vapor trail, or some phenomenon resembling one, was first observed overhead and slightly to the north of the tanker and moving in an east to west direction. As the vapor trail passed behind a cloud, there occurred an explosion, described as intensely luminous, with a white nucleus surrounded by a reddish-orange periphery with radial lines of identically coloured light. The explosion occurred in two pulses lasting between two and three seconds and from it two objects fell into the sea.

However, a massive and intense search of this area turned up nothing, and there was no way to know what this light was and whether it had anything to do with the disappearance. Nevertheless, the official report would be that the flight had been destroyed in a mid-air explosion, despite no hard evidence of this, no proposed cause, and no wreckage to prove it. Maj. Gen. J.C. Lambert, The Adjutant General of the U.S. Army at the time, would say:

All reports of debris sighted were investigated, but nothing was found that could be remotely associated with the plane,” Lambert wrote to Sargent’s parents in a letter more than a month later. “The search by sea and air was of such an intensity and thoroughness that it can be conclusively stated that debris and survivors from the plane did not exist… Consequently, after a full review and consideration of all available evidence, it has been concluded that for an unknown reason the plane plunged into the sea with all its passengers.

In the void of any real answers, there have been plenty of other theories put forward over the years. One of the main ideas is that the plane was sabotaged, shot down by a missile, or even hit by a meteorite, largely due to the fact that the investigation found no evidence that there had been anything scheduled to be on the plane that could have accounted for such an intense explosion and it was a craft with a robust safety record. Of course, when talking about the possibility that the plane was bombed or shot down, there has come sinister talk that it may have been carried by enemies of the state or even the U.S. government in order to cover up some sort of secret mission the men onboard were involved in, with the official mission description being a front. Interestingly, this dark conspiracy theory gets a little bit of a boost when looking at a curious incident that happened aboard another Flying Tiger Line flight on the very same day Flight 739 vanished. On that day, Flight 7816 (N6911C), another MATS-operated Super Connie in the Flying Tiger Line, departed from the same airport, Travis AFB, and at nearly the same time as Flight 739, on its way to Japan with an unspecified “secret military cargo.” As the plane approached Adak Naval Air Station in Alaska for a refueling stop, it came down more than 300 feet short of the runway to crash and go skidding for over 2,000 feet, killing the flight engineer and causing a fire that totally destroyed the plane and its mysterious contents. Coincidence or not? 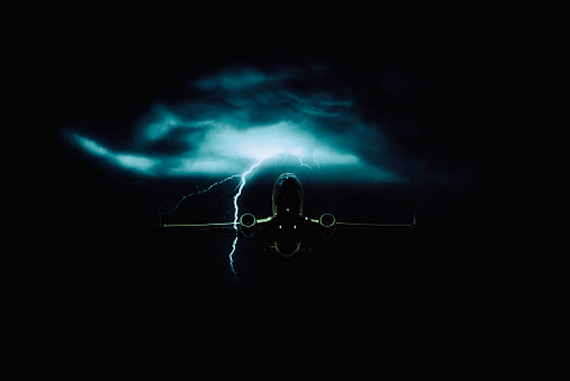 There have been other theories as well, including that the plane was hijacked or even that it was the victim of UFOs and aliens, but there have never been any concrete answers and neither the plane nor the people on board have ever been seen again. The U.S. government has always simply maintained that it was an in-flight explosion and has mostly kept the case closed. Oddly, the government has never added the names of those missing aboard Flight 739 to the Vietnam Veterans Memorial in Washington, D.C., despite constant pleas from the victims’ families to do so. The only monument for these lost men and their plane is a privately commissioned one that sits at Columbia Falls, Maine, and reads:

Missing in action; Presumed dead. Flying Tiger Line Flight 739 went missing on March 16, 1962, with 93 U.S. Army soldiers on board. These men and their flight crew perished in what would become one of the biggest aviation mysteries out of the Vietnam War era. The names of those who gave their lives and who remain missing are inscribed here so that they will be said aloud and their memory will live on.

It is poignant that they finally got some recognition and a memorial, but there is little to say what actually happened to them and where they actually went. How could this enormous plane fly out in calm, clear conditions and just vanish without a single trace? Was this a crash, an explosion, a hijacking, or something more sinister still? There is no way to know, because the plane has never been seen again, and we are left to wonder on one of the greatest aviation mysteries there ever has been.

Sea Serpents: Mighty Creatures That Ruled the Oceans Centuries Ago