Creative types and geniuses throughout the ages have often told of being influenced and informed by some higher powers or forces from beyond our understanding. There have been many tales of these individuals receiving inspiration from forces beyond what we know, with some of them even crediting these mysterious powers with their insight and output. It seems as though the flow of creativity can take many forms, and that in the weirdest cases it springs from a place from beyond what we know, some realm past the boundaries of our imagination and what we can even comprehend, and a curious case of this is the time a famous musician managed to become a musical icon and legend with the help of an actual angel.

The Mexican-American guitarist Carlos Augusto Santana Alves originally rose up to fame with his band Santana in the late 1960s and early 1970s, carving out their own place in the musical world with their unique and at the time groundbreaking fusion of Rock and roll and Latin American jazz. It was a sound that no one had really been doing at the time, and it propelled them to fame. However, by the 1980s and 90s, the band, while still critically beloved, was not enjoying much commercial success, their career seeming to stagnate. Their first few albums of the 90s, Spirits Dancing in the Flesh (1990), Milagro in 1992, a live album called Sacred Fire (1993), and Brothers (1994), were all released to a lukewarm response and relatively poor sales, and so it seemed as if Santana’s days of glory were coming to a close, to the point that he soon found himself without any recording contracts at all. Yet things were about to change spectacularly for him to completely reverse his fortunes and destiny, and according to him it all was due to help from an angel.

Santana had long had an interest in spirituality, having sought answers in the esoteric and been a disciple at one point of an Eastern guru called Sri Chinmoy, who taught his followers that a path to God could be achieved through meditation and a strict lifestyle. He became interested in angels back in 1988, when he picked up a book on the subject at an airport in Milwaukee and became obsessed with the subject, often weaving the theme of angels and spirituality into his music. After a while, he began to believe that he could actually feel the presence of these angels in the room with him, and although at this point they apparently did not yet speak to him, he would claim that these instances had had a profound effect on him. He would once say if it:

It’s an enormous peace, the few times I have felt the presence in the room. I feel lit up. I’m not Carlos anymore, I’m not bound to DNA anymore. It’s beyond sex, it’s beyond anything that this world could give you a buzz. It makes me feel like Jesus embraced me and I’m bathed in light.

During the 90s, when his career seemed to be on a downward spiral from which there was no return, Santana took to praying and meditating, hoping to reach some commune with the spiritual forces he felt all around him, and it seems as if someone had been listening. He claims that in 1994 he was deep in meditation when he was contacted by the angel called Metatron, originally from Jewish traditions but who has also been mentioned in various mystical disciplines throughout the ages, often considered to be the highest of the angels and the celestial scribe or "recording angel," and who Santana calls “the architect of physical life.” Metatron supposedly came to him and told him to gather together candles, a yellow legal pad, and a pen, after which he was told to face a wall, meditate, and wait for the angel’s messages to come through him and be written on the paper, telling him “You will be inside the radio frequency, for the purpose of connecting the molecules with the light.” The angel then began giving him instructions for how to construct a new album that would reach a wider audience than ever before and change their ways of thinking and better their lives, in essence “re-broadcast a spiritual radio” to heal people’s souls through love. Metatron would allegedly say of this:

Let them know that they are themselves, multidimensional spirits with enormous possibilities and opportunities. We want you to present them with a new form of existence that transcends religion, politics or the modus operandi of education today.

Santana would then sit down facing that wall as instructed and begin to write page after page spelling out how to achieve this ambitious album. He would say of the bizarre situation and the mysterious process of when his hand began writing this stuff out:

It's kind of like a fax machine. I'm not Carlos anymore. I'm not bound to DNA anymore. My instructions before I started this CD were: Be patient, gracious and grateful. My instructions from Metatron. There’s an invisible radio that Jimi Hendrix and Coltrane tuned in to, and when you go there you start channeling this other music. I know it sounds New Age… but in my meditation, this entity - which is called Metatron - he said, 'we want to hook you back to the radio airwave frequency. We want you to reach junior high schools, high schools and universities. Once you reach them - because we are going to connect you with the best artists of the day - then we want you to present them a new menu. So the game was not only to release an album, but an album that would go beyond all human social structures altogether. 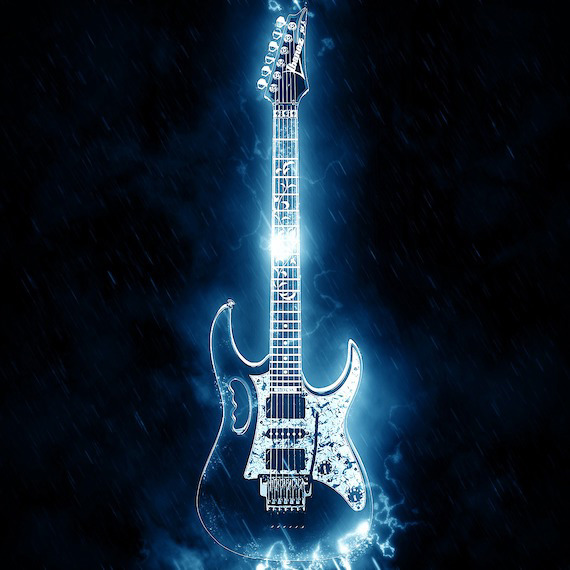 After that, Metatron would appear to Santana in various dreams and visions, writing through him and providing the layout, songs, and even the guest stars who were to appear on this new album, including Everlast, Rob Thomas of Matchbox Twenty, Eric Clapton, Lauryn Hill, Wyclef Jean, CeeLo Green, Maná, Dave Matthews, KC Porter, J. B. Eckl, and others. The result would be the 1999 album Supernatural, which would rocket Santana to fame once again, reach a wider audience than ever before, take the number one spot on the charts in ten countries, go 15 times Platinum, and win nine Grammy Awards, including Album of the Year, Record of the Year, and Song of the Year. It was by far Santana’s most successful album of his career by an order of magnitude, and according to Santana it was all the doing of the angel Metatron. Even after this massive success Metatron reached out to Santana, urgng him to come forward with his dark experiences of being molested as a child, something he had never talked about in public before. He says of it:

They said ‘We’ve given you an enormous experience, and we want something back. We want you to speak about your child molestation.’ At first, I was horrified I would have to open that part of me so personal. And I couldn’t sleep for days. I tried to negotiate, and they said, ‘No, it’s not for bargaining, because a lot of men are going to benefit from it.' And sure enough, I started getting e-mails and men crying, different men from all over the world, saying, ‘It happened to me, too, and we commend you for being so brave.’ As soon as I said that, like a domino effect, all of a sudden all these men started coming out about all the molestations with priests.

Of course, all of this talk of getting inspiration from a higher power and actual meetings with angels stirred up a lot of skepticism when it first got out into the wild. Many were wondering if Santana's history with mind-alltering substances might have had something to do with it. Yet, Santana himself has stood by the story, embraced it even, and has even likened it to the sort of journey all creative types take when trying to achieve their personal masterpiece. He has said of the negative feedback and his other thoughts on the matter:

I don’t care, man, about what anybody thinks about my reality. My reality is that God speaks to you every day. There’s an inner voice, and when you hear it, you get a little tingle in your medulla oblongata at the back of your neck, a little shiver, and at two o’clock in the morning, everything’s really quiet and you meditate and you got the candles, you got the incense and you’ve been chanting, and all of a sudden you hear this voice: Write this down. It is just an inner voice, and you trust it. That voice will never take you to the desert.

The energy of devils and angels is the same energy; it’s how you use it. It’s fuel. There is a saying: If you scare all your devils away, the angels will go away with them. You know, the halo and the horns are the same things. I mean, it’s OK to be spiritually horny – that’s what creative genius is really about. Geniuses don’t have time to think how it’s going to be received. Real bona fide geniuses of this century – Miles Davis, Picasso – they don’t have time to think whether people like it or not, is it morally right, will God like it? If you think, it’s like poking a hole in an egg before it hatches.

There is no doubt at all that the album Supernatural is by far Santana's biggest and most far-reaching hit. It managed to make him relevant once again and has made sure he has become one of the most beloved musicians of the 20th century. But how much of that was just his own doing and finding his own mojo and creative vibe, and how much of it was, as he says, the doing of an angel and forces from beyond our understanding? Is there perhaps some overlap between the two, with creative wellsprings being funnelled from beyond by those who seek them or are sensitive to them? It is really hard to say, and the case remains a curious legend of the musical world.

A Mysterious Place That Oozes All Things Sinister: Mothman, a Road Trip and Red Eyes