Is it possible that aliens are not just visiting us, experimenting on us and learning about us, but also eating us? As disturbing and as nightmarish as it might sound, that may well be exactly what is happening. In the world of sci-fi fiction, such a thing has occurred in a fashion that mirrors some of the claims concerning what may be afoot in the real world. A 1985 movie, Lifeforce was directed by horror legend, Tobe Hooper – who also directed the groundbreaking 1974 movie, The Texas Chainsaw Massacre and the acclaimed 1979 TV mini-series version of Stephen King’s novel, Salem’s Lot. That the movie featured many well-known actors, including Patrick Stewart (who, in 1987, took on the role of Captain Jean-Luc Picard in Star Trek: The Next Generation) should have made Lifeforce a big hit. Unfortunately, it was not a hit. Cinema-based earnings didn’t even reach half of the $25 Million budget that had been allocated for the production of the movie. That said, for zombie fanatics, Lifeforce – based on Colin Wilson’s novel, The Space Vampires – should not be missed.  The movie begins in outer space, in 1986, the year that Halley’s Comet made its most recent appearance. A team of astronauts embark on a mission, in a NASA Space Shuttle called the Churchill (named after British Prime Minister Sir Winston Churchill), to rendezvous with the gigantic comet.

On doing so, the crew is shocked to find that deep within Halley’s Comet there is a huge spacecraft of alien origins. Not only that, the ship is filled with numerous, dead, winged monsters and three very human-looking beings: two men and one woman. Unbeknownst to the astronauts, the three entities are not, as is first suspected, fellow Homo sapiens that have been abducted by the gargoyle-like creatures. They are one and the same. In other words, the aliens have the ability to morph into human form and back again. It isn’t long before all three are secretly brought to London, England for study at the fictional European Space Research Center. Despite being heavily guarded by British Army personnel, that’s when the trouble begins. Clearly not dead, the trio of non-humans appears to be in a collective state of deep, suspended animation. Until, that is, they wake up. The woman, using what might be termed a form of extraterrestrial hypnotism, entrances one of the troops and – utterly naked – moves towards the man, seemingly to kiss him on the lips. This is no normal kiss, however. As the alien female embraces the soldier, she drains his body of its vital energy – the life-force, in other words, of the movie’s title. His body falls to the ground, as a withered, shrunken husk, and the alien escapes from the facility.

A couple of hours later, a shocking development occurs. While the military team overseeing the project – and acting to keep everything under wraps and away from the public and the media – tries to figure out what is afoot, word comes in that the body of a woman has been found in nearby woods. She, too, is as withered as an old, leathery Egyptian mummy. When her body is brought to the space center for study, it reanimates – as does the body of the dead soldier. They, too, are now crazed undead entities needing to feed on vital life-energy. A doctor is then violently attacked and bitten. He also dies and returns as a savage monster. And with the morphed alien on the loose, it’s not long before London is engulfed in an epidemic, one in which the living first become the dead, but who then mutate into something far worse.

In a neat twist, the team comes to believe that these energy-sucking aliens – and the people they infect – are responsible for our centuries-old legends and folklore of bloodsucking vampires. But, in reality, it’s energy, and not blood, that the reanimated so badly need. And they don’t dress like cloaked Count Dracula, either. One hundred percent zombie-like in appearance, the ragged dead rise up in violent style, rampaging around the streets of London in huge throngs, attacking the living, sucking them dry, and ensuring their victims soon become marauding killers, just like them. The fate of the entire human race is now precariously hanging in the balance. It’s accurate and fair to say that Lifeforce is an unusual and highly alternative production that blends together three, distinct genres that are generally kept poles apart from each other: zombies, vampires, and science-fiction. Notably, however, all three are successfully fused into what is an entertaining – but unfortunately much under-appreciated – storyline and movie. Now, let’s move away from the world of science-fiction and into the world of UFO reality. If you buy into the strange and sinister story, of course. 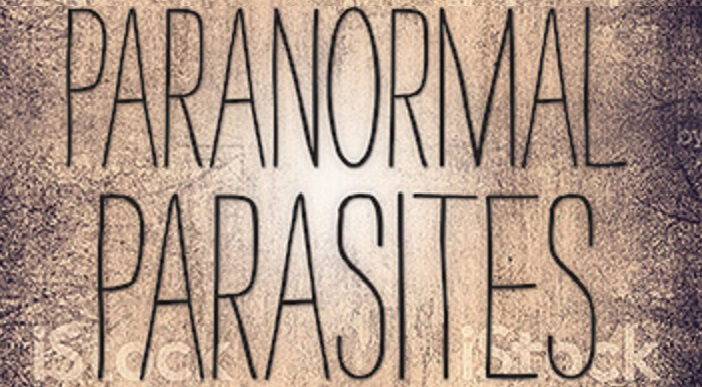 One of the strangest – and most disturbing - of all UFO stories on record came from the late Leonard Stringfield, who, during the Second World War and its immediate aftermath, was attached to the U.S. 5th Air Force in a military-intelligence capacity. On August 28, 1945, and while flying in a C46 over Iwo Jima, Japan at around 10,000 feet, Stringfield and the rest of the crew encountered a trio of teardrop- shaped UFOs that adversely affected the engines and navigation equipment of the aircraft and almost resulted in violent death for all aboard. Fortunately, as the UFOs exited the area, the pilot was able to regain control of the aircraft and disaster was averted. It was this experience which led Stringfield to devote much of his post-military life to trying to unravel the complexities of the UFO mystery. Although Stringfield chiefly focused his investigations on reports of crashed UFOs held by the U.S. Government, it was a case of a very different nature – one that was brought to Stringfield’s attention in 1989 – that really stands out in the fatal stakes.

Stringfield’s source for the story was a high-ranking military officer that Stringfield described as a wholly reliable individual who he had then known for several years. After some careful consideration, Stringfield’s informant decided to come clean on a shocking event that reportedly occurred somewhere in Cambodia during the Vietnam War. It was April 1972, and an elite and highly-trained U.S. Army special-ops-type group, of which Stringfield’s confidante was a member, found itself involved in nothing less than a violent and grisly confrontation with a group of extraterrestrials that can best be called cosmic butchers.

When the events occurred, the team was making its careful and quiet way through a heavily forested area of Cambodia, to an area of strategic importance. The location in question, it was suspected, was home to a North Vietnamese listening-post that was actively intercepting classified U.S. military radio-based messages. Terminating the enemy outfit with extreme prejudice was very much the order of the day. Fate stepped in, however, and the order was never fulfilled. What did come to pass, however, was something far worse than anything the team could possibly have envisaged, even during the most violent of all confrontations with North Vietnamese troops.

As the unit reached a clearing, they were shocked to see sitting on the jungle floor, and directly in front of them, a highly reflective, circular-shaped machine, with a diameter of around 50 feet and tripod landing-gear. Indeed, so brilliantly reflective was the craft it practically acted as a mirror. Curiously, a deep hum emanated from the futuristic device which provoked feelings of disorientation and nausea in some of the team. But that was not all: around the vehicle were a number of humanoid figures that could only be described as extraterrestrial; their heads were large and hairless, and their wraparound eyes were utterly black. But it was not so much the appearance of the creatures that numbed the team to its core. Rather, it was what the aliens were doing: namely, systematically loading a number of human body-parts and naked human corpses into large metallic bins and sealing them tight. The bodies, said Stringfield’s informant, were a mixture of what were considered to be Vietnamese and white and black American troops.

To its credit, the U.S. team kept its composure, quietly positioned itself among the surrounding foliage for cover, and wasted no time in opening fire on the bug-eyed body-snatchers. For the most part, this proved to be utterly futile, as the creatures appeared to be protected by suits that were near-armor-plated. Nevertheless, one was said to have been killed by friendly-fire, and three by head shots. One of the troops reportedly lost his life, while several of the men were significantly burned by a “ray”-type of weapon that was fired from within the UFO. With one death and several severe injuries, the team quickly backed away, at which point, the aliens – seeing their chance – did likewise and ran for their craft. An opening appeared in its side and the crew scrambled aboard, while hauling the bins inside too. The doorway suddenly closed and the UFO took to the skies, accelerating at an incredible speed after it had cleared the lush, jungle canopy. In seconds, it was out of sight.

The traumatized team quickly radioed the camp at which they were stationed and explained the deadly nature of what had just taken place. It seems that the higher echelons of the military may have had previous knowledge of potentially similar events: when the facts were relayed, the uninjured members of the team were quickly flown to a military base in South Vietnam, where they were interrogated by a mysterious group of individuals that was comprised of intelligence agents, rather than of military personnel. The surviving members of the unit were warned of the serious, and possibly fatal, consequences that could result if they dared to go public with what they saw and knew. Some of the men, Stringfield was advised, were subjected to deep-hypnosis techniques that allowed for “cover stories” to be created. The reason: to help bury the real memories deep in the subconscious.

Of course, stories like this one are as fascinating as they are totally frustrating: an unnamed source, no way to check-out the story, and a tale of beyond-controversial proportions. Despite the undeniably sensational subject-matter, Leonard Stringfield stood by the story, and by his high-ranking source, until his dying day in 1994. Deadly aliens? Or, a tall tale gone completely wild?