Football fans and American football fans generally agree on very little, including which sport should rightfully be named “football,” but there is one thing they both will vehemently concur on – NOTHING should interfere with the playing of a scheduled game or match. History has shown that contests are played through severe weather, tragedies, even wars. However, a recently discovered news item from Scotland’s Inverness Courier newspaper reveals a time when night football games were stopped … by none other than the Loch Ness monster!

"A few weeks after the floodlit game had been played, the upgrading of the A82 Inverness - Fort William road was completed and it was a huge improvement which brought many more visitors to the area, (including a businessman and his wife driving through who reported seeing a "most extraordinary form of animal.”"

The story of how the Loch Ness monster stopped night football in Inverness actually began months before this event, according to the Inverness Football Memories Project. As reported by the Inverness Courier, the Project began in May 2022 to work with the Inverness Caledonian Thistle Community Trust, High Life Highland and Clachnacuddin FC to collect old photographs,  memorabilia and stories about the rich history of football clubs in the Inverness area. The project received more than 200 photographs and memorabilia from the public, as well as memories from the pitch from more than 40 players. One of the more interesting memories involved what was probably the first night football game to be held in Scotland. 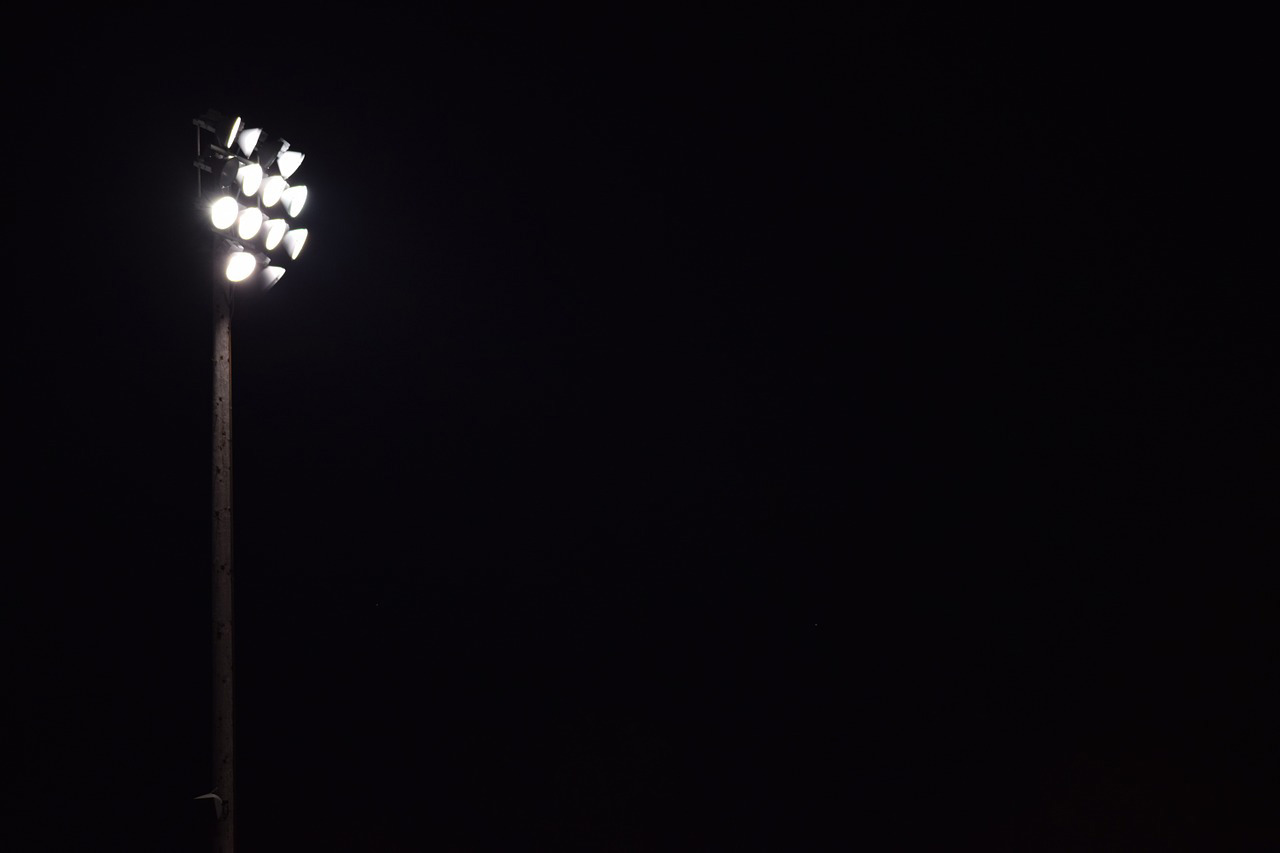 “He said the first game in Scotland under what would be considered modern floodlights (high-powered bulbs mounted on tall pylons) took place in front of a 2500-crowd at Telford Street Park on March 22 1933 when Caledonian beat Clachnacuddin 2-1 in a benefit match to mark the long service of Caley players Andrew Mitchell and K.J. Whitton.”

This report on the first night football match in Scotland was sent to the project by Jamie Gaukroger, the coordinator of High Life Highland’s Am Baile culture and history web site – Am Baile is a project to create an online digital archive spanning the history and culture of the Highlands and Islands. That history includes sports and nothing could be more historic than expanding the sport of football to nighttime games. The lights on that momentous night came from three 1000 candle power lamps (times certainly have changed!) erected on poles along the sidelines. Reports from the fans said the "play was never difficult to follow" despite a shadow in the center of the field. A white ball was used and it had to be cleaned regularly as it became dirty and more difficult to see. As a testament to the power of candle power over football games, a second night game was played a few weeks later – this time, Caledonian defeated Aberdeen University 4-3. It appeared that Inveress was well on its way to leading Scotland and football into the world of night games … until April 14, 1933.

"She said it was black, wet, with the water rolling off it. It went in a circle, round and down. She yelled at her husband "Stop! The beast!"

According to The Inverness Courier, Mrs. Aldie Mackay, manageress of the Drumnadrochit Hotel, was driving with her husband on A82 along Loch Ness not far from Abriachan Pier. Mrs. Mackay was said to have been looking across the waters towards Aldourie Castle when she saw thrashing in the water less than a mile from the shoreline.

“(She saw) a tremendous upheaval on the loch, which, previously, had been as calm as the proverbial mill-pond. There, the creature disported itself, rolling and plunging for fully a minute, its body resembling that of a whale, and the water cascading and churning like a simmering cauldron.”

This was not a big fish or a log that the Mackays saw.

"Soon, however, it disappeared in a boiling mass of foam. Both onlookers confessed that there was something uncanny about the whole thing, for they realised that here was no ordinary denizen of the depths, because, apart from its enormous size, the beast, in taking the final plunge, sent out waves that were big enough to have been caused by a passing steamer."

This was the first reported sighting of the long-rumored creature in Loch Ness since 1888, and journalist Alex Campbell’s account in the Inverness Courier was the first to ever use the word “monster” to describe it. News of the sighting traveled fast, even for 1933, and the area was soon filled with journalists from London and visitors in search of the now named Loch Ness Monster. Of course, it didn’t hurt that a reward of £20,000 was offered for the capture of the monster – that is the equivalent of £1.4 million ($1.667 million) today. That reward had a direct and permanent effect on life in Inverness … and on night football games.

"People camped out along the shores of the loch, trying to spot the beast and in order to assist with the search, Caley’s pioneering floodlights were dismantled and taken a few miles down the road to Loch Ness to set up to assist the search for Nessie."

To the dismay of players and fans of night football, the games were shut down by the Loch Ness monster and the hordes of people seeking fame and fortune as nighttime loch watchers. The mythical creature and ITS fans kept Inverness football from being played at night until 1959, when Caledonian installed a floodlighting system at the Telford park and on March 11 played Old Firm Select from Glasgow – Caledonian lost 4-2 in front of an estimated 6000 fans but the lights were back for good … despite the fact that the Loch Ness monster had not yet been found at any time of the day or night.

“The couple waited almost half-an-hour in the hope that the monster – if that's what it was – would come to the surface again. However, that was the last they saw.”

Little did Mrs. Aldie Mackay know that she and her husband would change the course of both cryptozoology and sports history on that fateful night in 1933 when they began the quest to find the Loch Ness monster and nearly ended playing football under the lights in Inverness.