Among some of the stranger aspects of the UFO phenomenon are those people who claim to have been abducted by aliens. Such cases really run the range, covering some pretty bizarre territory and leaving us to wonder where reality ends and fantasy begins. One very odd abduction case comes to us from England, and is one of the strangest the country has ever seen and which plunged an otherwise normal family into the world of the weird.

50-year-old school teacher Elsie Oakensen was in most ways unremarkable. She had a content life in Church Stowe in Northamptonshire in the United Kingdom with her husband, John, and her life was more or less uneventful. However, on the night of November 22, 1978, this was all about to change. On that evening at just a little past 5 p.m., she was driving on her way home from work on her out of Daventry on the A45 and on to the busy A5 road. It was a mundane routine, a drive she took every day and which only took 15 minutes, so as she stared out at the lane lines flickering by she would not have expected the strange events that were about to transpire.

As she approached her home village of Church Stowe, just 2 miles out, she noticed something weird in the sky. She at first could make out what she called “two very bright lights, one red and one green” about 100 to 150 feet over the road, and her first assumption was that it was an extremely low plane, but as she drew closer she could see that it was no normal aircraft. She could now see that it was a “dumb-bell shaped object” made of what appeared to be a smooth plastic material the “color of old pewter,” and that it was hovering there completely motionless. At this time she would later say that she had felt a strange sensation, as if time had slowed down or that she was in slow-motion or underwater. Her first reaction was to stop the car, but the road at the time was full of traffic and she could not find a place to easily and safely pull over, so she continued along, driving directly under it and noticing that it was completely silent and had no windows, portals, or any discernible propulsion system. 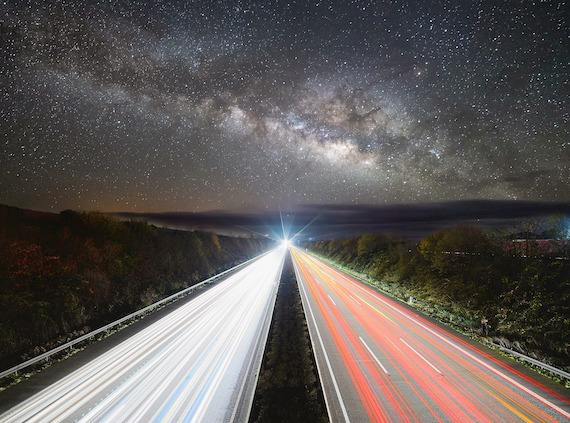 As she drove along, she could not get her mind off what she had seen, and she wondered if any of the many cars on the road had seen it as well. She could not resist looking back to see if it was still there and it was, so curiosity got the better of her and she risked an accident to pull the vehicle over on a side road. As she stood there gaping at it just hanging there like some inscrutable monolith, the green light, which had until then been a solid illumination, began blinking. This snapped her out of her wonderment and she warily got back into the car to continue her way home, but almost immediately her car started to lose power until the power cut off completely and it stalled. She tried several times to start it but it wouldn’t turn over. It was strange because she had just had the car serviced earlier that very same day, but as she puzzled over this new predicament, things would get even odder still. She would say:

A green light started to flash. I decided to restart the engine but when I turned into the village something strange happened – the car, which had just been serviced that day, completely cut out. Eventually it restarted but I had only travelled about 100 yards when it stopped again. The natural light disappeared and everything was in absolute blackness. Then suddenly a brilliant white circle of light about a yard in diameter shone on the road. The very next moment, as if someone had flicked a switch, natural light returned and I was driving my car normally.

She didn’t get far before a bright light appeared very near the front her car, followed by one at the rear and one on each side of her. These lights were almost blinding in their intensity, and started to alternately switch on and off in some sort of pattern or sequence. As she tried to process this eerie situation, the lights all suddenly simultaneously blinked out and Ellie was amazed to find that she had travelled a considerable distance down the road and that 15 minutes has passed that she could not account for. She would tell her husband about what had happened and the next day she would notice a strange scar on the back of her knee that she had never seen before and have a series of intense headaches so excruciating that she almost passed out from them. Now realizing that something truly outlandish had happened to her, she decided to report her experience.

When the report of what had happened to Ellie hit the news, it captured the attention of UFO researchers and the British UFO Research Organization (BUFORA) reached out to her in order to find out more about what had happened. Ellie herself was a bit taken aback, because she would claim she had never really even heard of UFOs before and had no interest in the topic, but she was finally convinced to undergo hypnotic regression in order to possibly glean some memories of what had happened after those strobing lights had surrounded her car. It would be a rather frightening session, to say the least, and during it Ellie would say to the researchers:

My car engine has stalled, I feel hot. A band has tightened around my head as it did at lunchtime. I am getting hotter and beginning to sweat. The pressure hurts. It hurts my head. A brilliant white light is shining in my eyes, a pure white light, very bright. Circles of very bright light radiate from it as it comes closer until I can only see the top of the circles. My body gets hotter. The pain in my head is intense. I feel as if I am sitting. I can’t feel my legs. My arms are shaking. I am very frightened. The radiating circles of light seem to change to a small brilliant circle, obviously going away from me. It’s still light, but hazy and through this haze materialize two shapes. The first is a long, thin shape that appears to the left and then disappears. The second is more rectangular and appears to the right – disappears – then both appear together. They shine through the haze, a silver glow outlines both grey-coloured shapes which are smooth and rounded, rather ghostlike. The bright light now shines as a small circle in the distance. I get hotter, my arms shake more, my head hurts dreadfully. I am terrified. 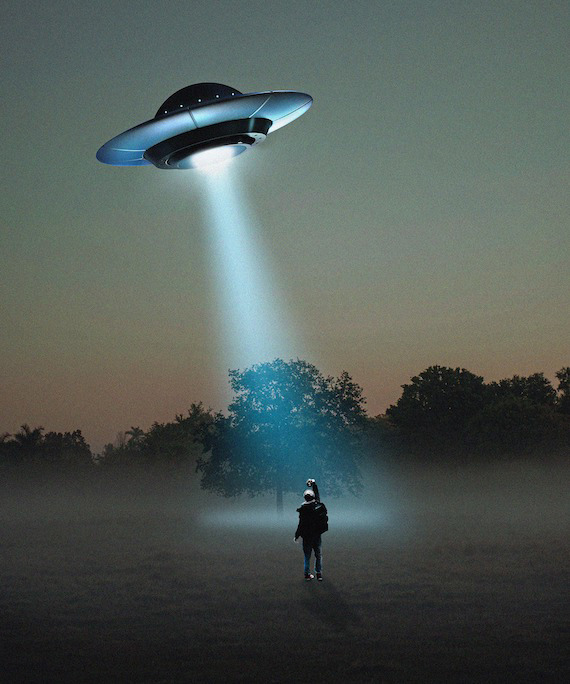 Ellie then began screaming and having some kind of panic attack or seizure, so the session was cut short. After that, Ellie tried to go about getting her life back to normal, and would write two books on her experience called One Step Beyond (1996) and Into The Unknown (1999). UFO researchers have long wondered just what happened to her and there have been all sorts of ideas tossed around, including that she somehow hallucinated the whole episode or that it was a hoax, but she has been described as a quiet teacher with a career, a reliable witness who would be unlikely to just fabricate a story about aliens and UFOs. Indeed, her and her husband faced much ridicule from the community in the wake of the incident, so why would she risk her career and peaceful life for some made-up event? BUFORA also vouched for her honesty and sincerity, calling her an ideal witness. Another idea is that this really was an alien craft and that it had somehow chosen her, a notion Ellie herself believed. She also entertained the thought that perhaps only she could see the object, and that it was a sign of some sort of psychic power manifesting within her. She would say of it:

I feel that consideration could be given to the possibility that it may have been my first experience of clairvoyance. I wonder? But perhaps not, because there were physical effects also.

There are certainly some interesting details to this case. One is that the witness is considered to be so reliable, and another is that during that very same month there was an intense wave of UFO encounter reports coming in from all over the southwest region of England, where Ellie’s incident happened, and indeed the area has long been considered a UFO hotspot. Also of interest is the fact that there were no corroborating reports of the object she had seen, which is rather odd considering the A5 is a very busy road and by her own admission there had been a lot of traffic, as well as the fact that the object was claimed to be hovering directly over the road. This could be because no one wanted to report it, but it could also be because only Ellie could see it either through psychic powers, hallucination, or hoax, we’ll probably never know because she has already passed away to take any secrets to the grave with her. We will probably never know what really happened out there, and it remains just another very bizarre tale of inexplicable alien abduction among many others. 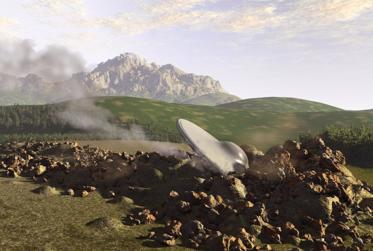 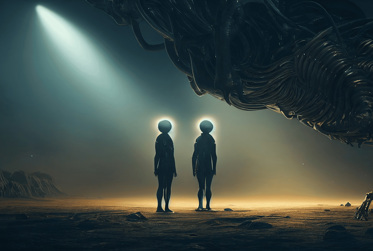