One macabre area of the natural world that has long perplexed scientists is that of mass animal deaths, and one eerie subspecies of these mass animal deaths are those cases that seem to involve dozens or even hundreds of animals just seeming to simultaneously commit mass suicide. One of the more well-known of these sorts of cases are whale and dolphin strandings, in which the animals beach themselves to die for no apparent reason and there have been some rather spectacular examples of this happening, but it goes beyond just this, and can get into some pertty weird territory. Here are some remarkably odd cases of animals just seeming to kill themselves off in large numbers for reasons no one can really explain.

In Australia and Tasmania, on November 2004, one of the most spectacular beachings of whales ever occurred when 115 pilot whales and bottlenose dolphins were killed after all swimming en masse up onto beaches on two southern Australian islands. This was followed in 2008 by 150 long-finned pilot whales killing themselves after inexplicably beaching on a remote beach on King Island in Tasmania, and the following year around 200 whales beached again in the same vicinity and 400 more died at sea, and no one really knows why. An even more horrific beaching took place in June of 2015, when 337 sei whales beached on the coast of Chile's southern Patagonia region, in what experts consider to be one of the largest they'd ever seen. Again, there is no clear reason for why these whales beached themselves and it remains a mystery. 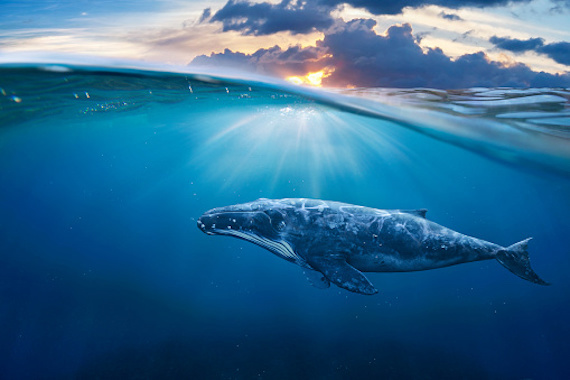 Not only whales, but other sea life have also been known to commit mass suicides. In January of 2005, thousands of Jumbo squid suddenly beached themselves in California for reasons unknown. The eerie thing about this particular beaching is that this species of squid is rarely seen and typically lives at depths 2,300 feet (700m), so what caused so many to swim up from those depths to become stranded on shore? Experts have theorized that it could have been some sort of environmental toxin, but if that were the case why only squid? To this day no one really knows.

It’s not only whales, dolphins, and other sea life that seem to be doing themselves in. Equally as bizarre was a strange incident that occurred in 2015 in the town of Gevas, located in Van province in eastern Turkey. In January of that year, Turkish shepherds were stunned when one of their sheep just calmly walked to a cliff and jumped off to its death. This was odd enough as it was, but then more followed, and then some more, until a staggering 1,500 others had all leapt off the same cliff in a chain reaction of senseless death. In the aftermath, 450 of the animals were dead and the others saved by the billowy cushion of sheep that had softened their fall. A similar incident happened in 2009 in the Swiss village of Lauterbrunnen, where over the course of three days 28 cows and bulls all died after walking up to the same cliff and flinging themselves off of it for no apparent reason. Making it all rather odd is that they all jumped from the same spot over three days and then it suddenly stopped, and police would report that the area has no natural predators they might have been trying to escape, leaving authorities stumped.

Birds have gotten in on the action as well. In the scenic village of Jatinga, in Assam, India every year between the months of September to November, just after the monsoon season, masses of birds swoop in to kill themselves by smashing into trees, buildings, vehicles, and poles. The annual mass suicide involves over 40 species of birds, both local and migratory, who all join together in this orgy of death which kills hundreds upon hundreds of the birds to litter the ground with corpses. Strangely, all of the deaths seem to happen in one well-defined area of 1,500 meters by 200 meters. The mass bird suicides of Jatinga have apparently been going on since 1910, and no one is really sure why they come here to this one spot in this one small village to kill themselves. Scientists believe it has something to do foggy weather, high winds, some electromagnetic disturbance, or a combination of all of these while the locals think it is supernatural in nature. No one really knows. Interestingly, no other nearby villages have these mass bird suicides, making it all the more mysterious. 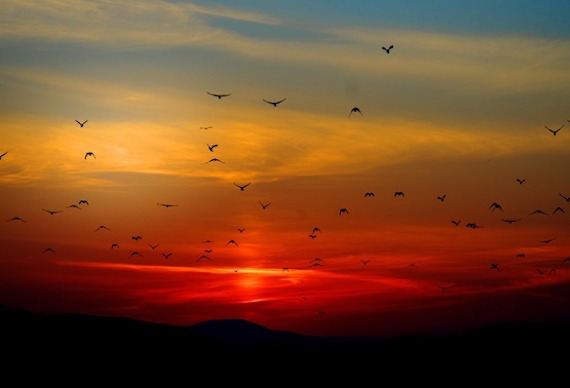 Probably even weirder than any of these cases is the strange mystery of a place called Overtoun Bridge, in Dumbarton, Scotland. The picturesque bridge crosses a deep ravine on the Overtoun Estate, formerly Overtoun Farm, once owned by Scottish industrialist James White, and was built in 1895. The arched, ornate stone bridge is a popular walking spot due to the lush greenery on both sides, but it is probably most well-known as the "Dog Suicide Bridge" due to the fact that since the 1960s hundreds of dogs have just suddenly and inexplicably jumped to their deaths from here. Typically, the animals are described as walking along calmly until they reach the bridge, after which they start to act oddly, “possessed by a strange energy” as one witness puts it, before bolting to the edge and launching themselves off into the ravine below for no discernible reason. In some particularly creepy reports, some dogs that survive the 50-foot drop have been reported as going back up to the bridge to jump again. Explanations range from the idea that the scent of mink, pine martens, and other animals agitates the dogs, to that it is caused by supernatural forces, but there has never been any concrete answer for why these dogs are committing suicide at the bridge and it remains unexplained.

What is going on with cases like this? What has compelled these animals to just suddenly end it all? Is it some ill-defined quality to the place itself, some strange atmospheric thing, or something else entirely? Do these animals even realize that they are marching to their doom at all, or are they just being inexorably driven to do this by some forses we may never understand? In the end it is a strange little corner of the natural world, and we are far from the answers we seek.

The Mystery of Noah's Ark: Why Has the U.S. Government Taken Such an Interest in it?