Many discoveries are touted as “This changes everything!” moments, but few live up to the title. An announcement of a recent discovery in New Mexico just might be the real deal when it comes to pinpointing the earliest humans in North America. Fossilized bones identified as the remains of a female wooly mammoth and her calf show signs that they were butchered by a human – a human who lived 37,000 years ago in an area where the earliest known human remains date back only 16,000 years ago. Is this evidence of the pre-Clovis culture many archeologists believe existed in North America? Does this change everything? Something? Anything?

“What we’ve got is amazing. It’s not a charismatic site with a beautiful skeleton laid out on its side. It’s all busted up. But that’s what the story is.”

Timothy Rowe, a paleontologist and a professor in the University of Texas Jackson School of Geosciences, is the lead author of a new study published in the journal Frontiers in Ecology and Evolution which details the discovery of an unusual set of mammoth fossils on the Colorado Plateau in northern New Mexico. The site was discovered in 2013 by Gary Hartley, who was hiking a game trail 1970 meters (1.22 miles) above sea level when he found a tusk poking through the surface. Further excavation uncovered three ribs, a broken tooth and a “heavily reworked obsidian Clovis projectile point" a few meters from the tusk. More bones were eventually found, and the projectile point led archeologists to assume the mammoth died during the period when the Clovis people lived in this New Mexico area around 16,000 years ago. Hartley took the bones to his neighbor, the owner of the property, who just coincidentally happened to be Timothy Rowe! While Rowe doesn’t specialize in mammoths, he had a obvious personal interest in these fossils.

“When Rowe went to investigate, he found a bashed-in mammoth skull and other bones that looked deliberately broken. It appeared to be a butchering site. But suspected early human sites are shrouded in uncertainty. It can be notoriously difficult to determine what was shaped by nature versus human hands.”

The University of Texas press release explains the site was a puzzler. While the mammoth bones were probably butchered, there were no cutting and chopping tools around, just that Clovis projectile point which was used for killing, not butchering. Rowe knew that many sites such as this held fossils and artifacts from both Clovis and pre-Clovis eras when it was suspected that another distinct culture of humans lived in North America. Could there be fossils or artifacts at this site linking it and the butchered animals to the older culture?

“We used established techniques, plus state-of-the-art methods that had not previously been applied to investigating ancient American sites. These include high-resolution computed tomography (HRXCT and μCT), proteomic analysis of the mammoth bone collagen, environmental scanning electron microscopy (ESEM), and petrographic analysis of microparticles from the matrix. These new methods significantly expanded the range of criteria for site interpretation.”

It pays to be a professor at one of the leading archeological colleges in the U.S. Rowe and his team used a variety of old and new techniques to analyze the bones for hints to their history. CT scans using UT’s High-Resolution X-ray Computed Tomography Facility revealed bone flakes with microscopic fracture networks similar to those found on freshly butchered cow bones. However, the real eyeopener was puncture wounds made in particular places in the bones for the specific purpose of draining grease from ribs and vertebral bones. That was the proof Rowe was looking for.

“There really are only a couple efficient ways to skin a cat, so to speak. The butchering patterns are quite characteristic.”

The study lists other evidence of butchering at the site like systematic, highly patterned bone breakage and secondary bone flake production, There is only one species that butchers – humans – and the researchers found telltale signs of human activity in the area. Chemical analysis of the sediment surrounding the bones showed pyrogenic residues (fire particles) which had the burn pattern of a sustained and controlled fire, not from a lightning strike or a wildfire. There were also other non-mammoth bones in the collection that were also burned – these were from small animals such as birds, rodents and lizards, but most were from fish, even though the site is over 200 feet above the nearest river. All of this evidence led the study authors to one solid conclusion:

“The independent lines of evidence described below support recognition of this as a cultural site.”

Does this discovery change everything concerning when the first humans lived in North America? Not yet, but it definitely strengthens the theory that there was one or more distinct civilizations before the Clovis culture. The study points multiple in situ human footprints from New Mexico that date from 22,860 to 21,130 years ago; stone tools discovered in Chiquihuite Cave, Mexico, from 26,500 to 19,000 years ago; butchered small mammals in Coxcatlan Cave, Mexico, from 33,448 to 28,279 years ago; and other similar finds across South America showing similar evidence of humans habitation over 30,000 years ago. The New Mexico site will be added to this growing list record of probable human occupation sites in the Americas that long predate the arrival of the ancestors of Native Americans. All they need now is DNA.

“At present, the oldest human aDNA in the Americas is from the Anzick child burial site that includes diagnostic Clovis artifacts and dates to 12,905 – 12,695 cal BP."

The researchers admit that without ancient DNA (aDNA) from biological samples, the discoveries will be questioned by other experts. Until much older human ancient DNA is recovered, there is no definitive proof of the separate species of humans occupying North America before the Clovis people and the Native Americans. However, this discovery gives archeologists a new place to look and new signs to look for. It seems it is only a matter of time before positive evidence of ancient humans in North America will be found. Where will they have come from? How did they interact with the later Native Americans? What happened to them?

We’re going to need a bigger pile of mammoth bones. 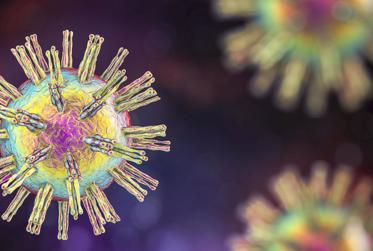 Ancient DNA May Have Identified a 'Patient Zero' for Herpes