Cattle Mutilations are Reported in the Mysterious Alaska Triangle

Cattle mutilations are a mysterious and seemingly ever-present problem in cattle raising states across the middle of the U.S. and north to Oregon in the Pacific Northwest. Cows whose outer body parts and internal organs have been removed with surgical precision while the wounds don’t bleed – or the corpses are drained of blood entirely – baffle law enforcement officials, terrorize fearful cattle ranchers and stimulate stories of aliens collecting DNA or secret government organizations collecting data on secret government programs spreading secret government diseases. One state that seems to have escaped the cattle mutilation plague is #49 – Alaska. That changed this week when a rancher in Delta Junction, Alaska, found one cow mysteriously mutilated and two more dead of suspicious causes. Delta Junction is in the Alaska Triangle – a three-sided area that is notorious for the number of people who have disappeared there. Could there be a connection between the mutilation and the Alaska Triangle?

“It was a couple of 8-year-old girls that found it. They were out playing.”

“It” was not something any 8-year-old children should see, according to Delta Junction rancher Tangy Bates. She and her husband own 300 head of cattle and graze 100 in a field near a wooded area where the two girls were playing earlier this week. Bates told Alaska Public Radio what the girls found was a dead cow – a lactating female – whose body showed the telltale signs of cattle mutilation after it was killed.

“They had cut her ears off, cut her udder off, her reproduction organs, cut her eyes out, backstraps out.”

This incident comes a week after the Bates found the bodies of two other dead cows that were in a condition that did not indicate death by natural causes. Bates quickly ruled out an attack by a wolf, dog, bear or other wild predator because the cuts, like all other cattle mutilations, were too precise. “We have a butcher shop. We know the difference.” Tangy Bates also knows cattle mutilations. She’s a lifelong rancher who has also raised cows in Idaho – a state that has had many unsolved mutilation cases.

“I originally come from Idaho, and we’ve seen this before, where you have cults that have come through and do cattle mutilations and take reproductive organs, eyeballs.”

Cults in Alaska? It sounds like Bates is grasping for straws in this case because Alaska is not known for having any cases of cattle mutilations. Scott Mugrage, another Delta Junction rancher who is currently the president of the Alaska Farm Bureau, says he’s never heard of one. He thinks the mutilations were done by someone desperate for meat during these times of high beef costs. The Bates obviously disagree that the cuts were made by an amateur butcher but can vouch for the high costs. The value of each cow lost is about $2,500 – the amount of the reward the Bates are offering for any information leading to the apprehension of the mutilators. Add to that the loss of future revenue from the sale of calves from the females and it is easy to see why ranchers both hate and fear these mysterious cattle mutilations. As is the case in other states, law enforcement officials are investigating but have no answers nor leads. The Bates have sent tissue samples from the three cows to a lab in Washington state for necropsy in hopes that might reveals some clues. Cattle ranchers in Delta Junction have banded together to help the Bates recover and pressure the authorities to intensify their search.

Should they look into the Alaska Triangle connection?

The so-called “Alaskan Triangle” is formed by drawing straight lines between Utkiagaviq (formerly known as Barrow) on the state's north coast to Anchorage to Juneau across the southern coast. That mountainous and heavily wooded area is said by Discovery.com to be the place where 16,000 people have disappeared just since 1988 – far more than the more famous Bermuda Triangle. Those missing people include Alaska residents, hikers, tourists, airplane passengers and more.

While the Alaska Triangle disappearances likely have been going on for far longer, the first major incident to catch the attention of the media outside the state occurred in 1950 when a C-54 Skymaster, carrying an 8-man crew and 36 passengers was last heard from as it flew over a small town in Yukon. A search effort was mounted using more than 75 US and Canadian planes aided by thousands of volunteers on foot, but nothing was ever found of the C-54. Another famous Alaska Triangle mystery occurred in 1972 when the plane carrying U.S. House Majority Leader Hale Boggs lost contact in a storm somewhere between Anchorage and Juneau and, despite a massive 39-day search effort, no wreckage or traces of the passengers were ever found.

While the area is rugged and beset by bad weather year-round, that can’t account for all of the 16,000 people missing and disappearing planes. Native Americans, particularly the Tlingit and Tsimshian Indians indigenous to southeastern Alaska , speak of the shape-shifting "Kushtaka" or "land-otter man" considered to be the Bigfoot of the Alaskan Triangle. Could the Kushtaka be responsible for the cattle mutilations?

In 1986, people onboard Japan Air Lines Flight 1628 traveling from Iceland to Anchorage witnessed three unidentified flying objects while passing through the Alaska Triangle – their report said the UFOs resembled flashing lights and chased the airplane, disappeared, reappeared and flew at abnormally high speeds. The reports by the crew were verified by civilian and military radar and the FAA. Cattle mutilations are sometimes blamed on aliens. Could they have moved up north from the midwestern U.S. to a new location where the meat is already chilled? 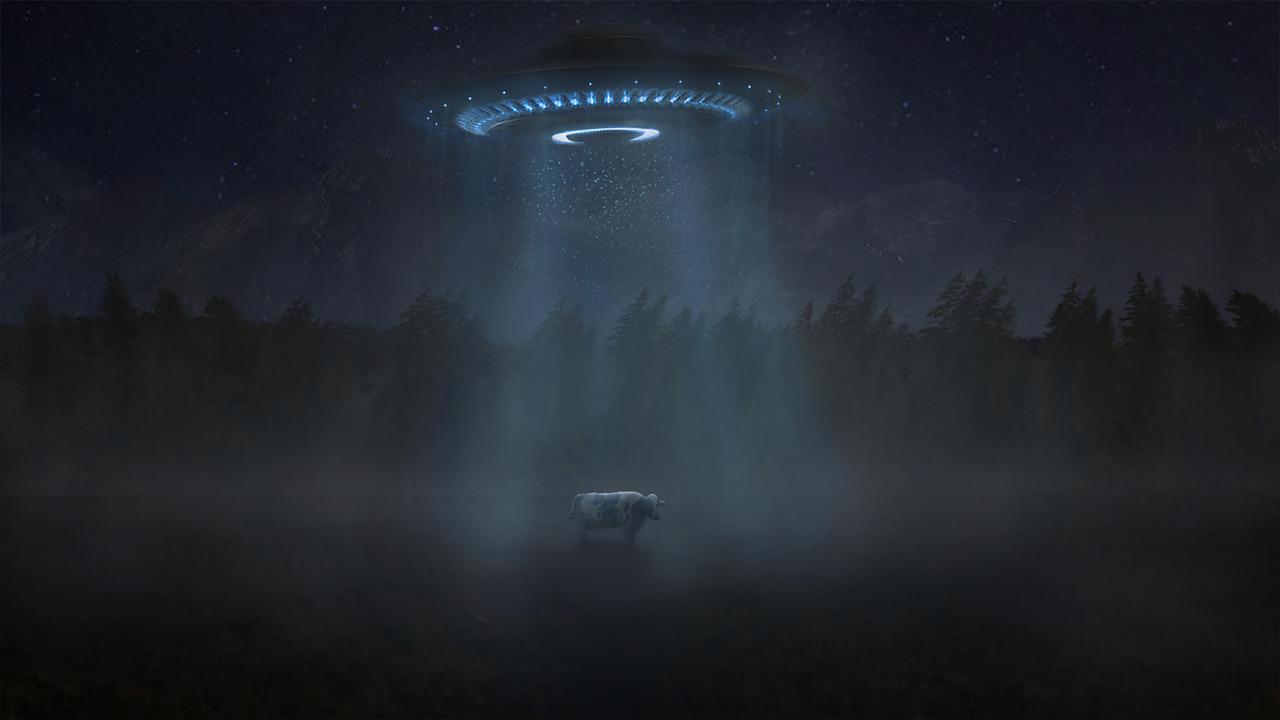 Finally, there are those who believe the strange events in the Alaska Triangle are due to energy vortexes swirling in certain places within it – locations where intense energy swirls in clockwise or counterclockwise circles, creating positive and negative effects that are said to impact the physical, mental, and emotional well0-being of humans. Could the cortexes cause cattle to be disoriented and vulnerable to harm?

Investigators and researchers can’t explain cattle mutilations. Nor can they explain the many disappearances and strange events in the Alaska Triangle. Isn’t it time to consider both and solve two mysteries at once?