It's hard to believe that Marilyn Monroe has now been dead for sixty years. But, that's life, so to speak. And, the claims of conspiracy concerning Marilyn's untimely death still hang around. As some of you may know, I have followed the mystery surrounding Marilyn's death since the mid-1990s. That was when a highly controversial, alleged CIA document surfaced suggesting a link between Marilyn, JFK and UFOs. But, before we get to that document, we have to start with another one that is equally controversial. January 2006 was when I obtained a 3-page FBI document that had just been declassified and that provided a wealth of dynamite on the final hours of Marilyn. It was a document not available when the FBI released its first batch of files on Marilyn back in the 1980s. It was said to have been penned by what the Bureau described only as a “former Special Agent, who is currently Field Representative, Appointment Section, Governor’s Office, State of California.” I kept the whole thing quiet for some time, as I planned on using portions of the documents in my Celebrity Secrets book that was to be published in February 2007.

Just a few weeks after my book was published, the Sydney Morning Herald newspaper ran an article with the title of “FBI file links Kennedy to Monroe’s death” and that summarized the contents of the document. A portion of that same article stated: “The detailed three-page report implicates the Hollywood actor Peter Lawford, Monroe’s psychiatrist, staff and her publicist in the plot. The allegations suggest the 36-year-old actress, who had a history of staging attention-seeking suicide attempts, was deliberately given the means to fake another suicide on August 4, 1962. But this time, it is suggested, she was allowed to die as she sought help.”

Now, with that summary presented, I’ll let you read the whole document, as it tells a fascinating, but tragic, story. It states: "Robert Kennedy had been having a romance and sex affair over a period of time with Marilyn Monroe. He had met her, the first date being arranged by his sister and brother-in-law, Mr. And Mrs. Peter Lawford. Robert Kennedy had been spending much time in Hollywood during the last part of 1961 and early 1962, in connection with his trying to have a film made of his book dealing with the crime investigations. He used to meet with producer Jerry Wald. He was reported to be intensely jealous of the fact that they had been making a film of John F. Kennedy’s book of the PT boat story. Robert Kennedy was deeply involved emotionally with Marilyn Monroe, and had repeatedly promised to divorce his wife to marry Marilyn. Eventually Marilyn realized that Bobby had no intention of marrying her and about this time, 20th Century Fox studio had decided to cancel her contract. She had become very unreliable, being late for set, etc. In addition, the studio was in financial difficulty due to the large expenditures caused in the filming of 'Cleopatra.'"

The document continues: "The studio notified Marilyn that they were canceling her contract. This was right in the middle of a picture she was making. They decided to replace her with actress Lee Remick. Marilyn telephoned Robert Kennedy from her home at Brentwood, California, person-to-person, at the Department of Justice, Washington, D.C. to tell him the bad news. Robert Kennedy told her not to worry about the contract – he would take care of everything. When nothing was done, she again called him from her home to the Department of Justice, person-to-person, and on this occasion they had unpleasant words. She was reported to have threatened to make public their affair. One the day that Marilyn died, Robert Kennedy was in town, and registered at the Beverly Hills Hotel. By coincidence, this is across the street from the house in which a number of years earlier his father, Joseph Kennedy, had lived for a time, common-law, with Gloria Swanson." And there is more to come. Read on...

"Peter Lawford knew from Marilyn’s friends that she often made suicide threats and that she was inclined to fake a suicide attempt in order to arouse sympathy. Lawford is reported as having made “special arrangement” with Marilyn’s psychiatrist, Dr. Ralph Greenson, of Beverly Hills. The psychiatrist was treating Marilyn for emotional problems and getting her off the use of barbiturates. On her last visit to him, he prescribed [illegible] tablets, and gave her a prescription for 60 of them, which was unusual in quantity, especially since she saw him frequently. Her housekeeper put the bottle of pills on the night table. It is reported the housekeeper and Marilyn’s personal secretary and press agent, Pat Newcombe, were cooperating in the plan to induce suicide. Pat Newcombe was rewarded for her cooperation by being put on the head of the Federal payroll as top assistant to George Stevens, Jr., head of the Motion Pictures Activities Division of the U.S. Information Service. His father, George Stevens, Sr., is a left-wing Hollywood director, who is well known for specializing in the making of slanted and left-wing pictures. One of these was the 'Diary of Anne Frank.'"

We have this from the document, too: "On the day of Marilyn’s death, Robert Kennedy checked out of the Beverly Hills Hotel and flew from Los Angeles International Airport via Western Airlines to San Francisco, where he checked into the St. Francis Hotel. The owner of this hotel is a Mr. London, a friend of Robert Kennedy. Robert Kennedy made a telephone call from St. Charles Hotel, San Francisco, to Peter Lawford to find out if Marilyn was dead yet. Peter Lawford had called Marilyn’s number and spoke with her, and then checked again later to make sure she did not answer. Marilyn expected to have her stomach pumped out and to get sympathy through her suicide attempt. The psychiatrist left word for Marilyn to take a drive in the fresh air, but did not come to see her until after she was known to be dead. Marilyn received a call from Joe DiMaggio, Jr., who was in the U.S. Marines, stationed at Camp Pendleton, California. They were very friendly. Marilyn told him she was getting very sleepy. The last call she attempted to make was to Peter Lawford to return a call her had made to her. Joe DiMaggio, Sr., knows the whole story and is reported to have stated when Robert Kennedy gets out of office, he intends to kill him. [Deleted] knew of the affair between Robert Kennedy and Marilyn."

There were further revelations: "While Robert Kennedy was carrying on his sex affair with Marilyn Monroe, on a few occasions, John F. Kennedy came out and had sex parties with [Deleted], an actress. Chief of Police Parker, of the Los Angeles Police Department, has the toll call tickets obtained from the telephone company on the calls made from Marilyn’s residence telephone. They are in his safe at Los Angeles Headquarters. Florabel Muir, the columnist, has considerable information and knowledge of the Robert F. Kennedy and Marilyn Monroe affair. She personally saw the telephone call records. Marilyn Monroe’s psychiatrist, although he knew she had taken the pills, did not come to her home until after she was dead. He made contact with the coroner and an arrangement was made for a psychiatric board of inquiry to be appointed by the coroner, can unheard of procedure in the area."

The final part of the document goes as follows: "This was so the findings could be recorded that she was emotionally unbalanced. It was reported this arrangement was to discredit any statements she may have made before she died.  During the period of time that Robert F. Kennedy was having his sex affair with Marilyn Monroe, on one occasion a sex party was conducted at which several other persons were present. Tap recording was secretly made and is in the possession of a Los Angeles private detective agency. The detective wants $5,000 for a certified copy of the recording, in which all the voices are identifiable." There ends the startling document, one of the most important of all the FBI reports on Marilyn and how her life came to its end. Of course, as many of you may know, the FBI has declassified its documentation on Marilyn. The papers can be found at the FBI's website, The Vault. While the FBI file is not particularly lengthy, it does provide fascinating information.

Of course, there is another part to the story. It's the proverbial "Elephant in the Room." It revolves around a certain, highly controversial, alleged leaked paper that surfaced in the mid-1990s and still provokes controversy now. It suggests Marilyn's death was due to an "orchestrated suicide." More controversial: many have said the document implies that Marilyn lost her life because she knew too much about aliens and UFOs. The fact is, though, that controversy-filled document says nothing at all about extraterrestrials or ships from other worlds. It just makes hazy references to "...the origins of crashed spacecraft and dead bodies." In my book on the UFO theory of all this, Diary of Secrets, I point out that because the wording is so vague the writer might have been talking about an early Soviet flight that went disastrously wrong. There is a good reason to think that: the document refers to a U.S. military program titled Project Moon Dust. It's very notable that the primary goals of the Moon Dust teams were to capture crashed Russian space vehicles and related technology, so it could be studied by U.S. scientists. Of course, this makes the story even more intriguing: maybe Russian cosmonauts lost their lives and Marilyn was quietly told of this by JFK - something that led to her mysterious death. In fact, just about everything is mysterious and controversial about this "Marilyn-UFO" story.

In the closing part of my Diary of Secrets book I say: "I thought about ending this Conclusions section with the words of the late sci-fi writer Arthur C. Clarke. Of another famous mystery, that of the loch Ness Monster, Clarke said: 'If you want my personal opinion, on Mondays, Wednesdays and Fridays I believe in Nessie.' To a degree, that’s how I feel about the "Marilyn-UFO document. Maybe, it’s genuine. Perhaps, it isn’t. I should stress that’s not a cop-out or an example of sitting on the fence. All I can say for sure is that my investigation is not at its end. As long as new leads and threads keep coming along, I’ll still be looking for the answers to the most important question in this story: was Marilyn Monroe killed because of aliens?" Or, perhaps, one day we'll learn that the Moon Dust story tells the truth. All we really know is that 60 years later, we have far more questions than we do answers. 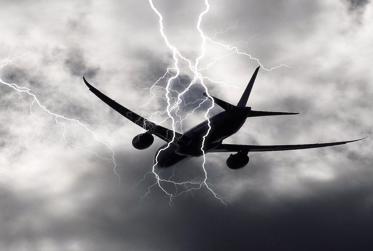