It is often said – generally by those who are not fans of cycling, track, skiing, swimming or gymnastics – that an activity is not a sport if it doesn’t involve a ball. Those sports that do require balls for playing often end their seasons with a championship or special game – and that event is often remembered with a unique commemorative ball. The NFL’s Super Bowl is one such event, but the unique lettering on those game day footballs is nothing compared to how the Mayans celebrated big games in their sport of Maya ball – archeologists recently uncovered a burial crypt in the Maya city of Toniná which contained evidence that the cremated ashes of leaders and important local people were used in making special rubber balls for special Maya ball games. Not even the NFL’s Deflategate can top this!

Toniná means “house of stone” in the Tzeltal language and the ancient city is located in the Chiapas highlands of southern Mexico, east of the town of Ocosingo in the state of Chiapas. The site contains groups of temple-pyramids set on terraces above a central plaza and over 100 carved monuments dating from the 6th century through to the 9th centuries CE. “House of stone” refers to these stone statues, but archeologists believe the original name was Po or Popo. Toniná is known for having one of the largest pyramids in Mexico – at 243 feet (74 meters), it is taller than the Pyramid of the Sun at Teotihuacan – and the last known Long Count calendar date on any Maya monument, marking the end of the Classic Maya period in  909 CE. And for sports fans, Toniná has not one but two courts used for Maya ball games. The courts signified the power of Toniná -- the larger one was dedicated in 699 to celebrate three victories over the city's arch-rival and originally had six sculptures of bound captives of the enemy.

In 2020, the entrance to a crypt was discovered in Toniná’s Temple of the Sun. Inside the crypt, 400 vessels were found. The contents of these vessels were studied by Juan Yadeun Angulo, an archeologist with the National Institute of Anthropology and History (INAH), and his findings were announced recently by the INAH. The crypt dates back to the seventh century CE and begins with a stairway leading to a network of ever-descending small vaults and rooms in a form of labyrinth that historians believe represented a “cave of death.”

"It is instructive to know that the Mayans sought for the body of their rulers to become a living force, something that stimulated their people. This communicating vessel made life reborn, embodied in corn, whose cycle, between harvest and sowing, comprises 260 days, a ritual period fulfilled by the corpse of the dignitaries in the 'cave of death'."

Yadeun Angulo tells National Geographic he believes this crypt was built for three Mayan rulers: Wak Chan Káhk, who died on September 1, 775 CE., Aj Kololte´, who died on April 1, 776, and Mrs. Káwiil Kaan , who died sometime in the year 772. How does he know this? Mesoamericans cremated their dead and ashes were found in the crypt. The labyrinth indicates bodies were kept there a long time before cremation for preparation, so the ashes likely belonged to leaders and other important Maya dignitaries. And, most tellingly for this story, their names are engraved on rings in the city’s ball court – an honor bestowed on them for their contributions to the success of the city in battles. However, that wasn’t their biggest honor.

“Sulfur, the third most abundant mineral in the human body, was used to make the rubber balls used in the Ball Game ritual.”

In some of the 400 vessels, Yaduen Angulo found organic material -- ashes, rubber, and roots. These are the ingredients used in the vulcanization process which turns them into rubber balls – the rubber balls used in the Maya ball games. Yadeun Angulo says this was one of the phases in keeping the “living force” of their leaders alive after death. The Mayans believed that their rulers retained a "living force" after their death, which was lodged in certain regions of the body. That is why they partially cremated their bodies, according to the theory of Juan Yadeun Angulo.

“There, the rulers and other characters of the Mayan kingdom of Po'p were converted not only into gods, but into stars, to form part, for example, of the rubber balls used in the ball game (the symbolic space where they travel), and the stars face each other.”

This discovery adds to the legend and mystique of the Maya ball game. It is said in the Popol Vuh, a history of the Maya K'iche' people, that the twin brothers Hun Hunaphu and Xbalanque, said to be the founders of a Maya lineage, used their time on earth to play ball. Their noise angered Vucub Came, master of the underworld, who created a ball game and challenged the twins. After the game, one of the brothers was decapitated and his head was used as the game ball. The bloody scene eventually became a symbol of fertility and is depicted in reliefs on the walls of game courts, including the one in Chichen Itza. That gave the ancient game two meanings – as a symbol of fertility and as a symbol of how the sun, moon and stars move across the skies and how the dead move through the afterlife. The passing of the ball through the rings with the rulers’ name on it symbolizes both a score and a move to another stage in the afterlife. That’s a lot of symbolism in one ash-filled ball, but Yadeun Angulo is sticking with his theory, despite objections from other researchers.

"Such discoveries in Toniná provide a more accurate idea of ​​how interesting and complex the Mayan religion was, within the Mesoamerican worldview, and how knowledge of this process of transformation of the body is essential to understand this ancient society."

There are many people who see sports – especially football (soccer) and American football – as religions, with stadiums becoming scared places where both fans and players display signs of prayer, thankfulness to their gods for victory, and deals with spirits both good and evil to ensure victory at all costs. Would incorporating the ashes of deceased former stars, coaches, team owners or devout fans help the cause?

How much do you want to bet this has already been tried? 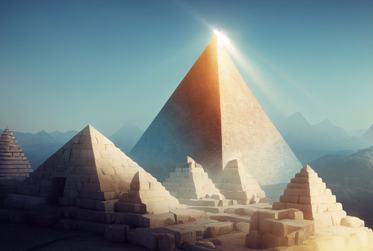